I didn't write the official IGN review for The Conduit when it hit the Wii last year, but I did play it extensively. The game might not have blown gamers away with its story or character development, but it certainly offered up some fine single and multiplayer first-person shooting action on the Wii console. True, with The Conduit the team at High Voltage Software promised a lot of things that, in the end, it couldn't deliver, and while the final product was something pretty special for the Wii – at least in terms of third party designs – there was a lot of room for improvement.

And SEGA's giving High Voltage Software a second go at the FPS design on Wii with Conduit 2 – note that the company has dropped "the" from the title for the sequel. Conduit 2 is High Voltage Software putting a few tweaks here and there in a much tighter, deeper, and more impressive first-person shooter experience for Wii owners, and hopefully any qualms anyone had with the first game will find their complaints addressed in the final version of this sequel.

SEGA today invited me down to its office to check out a build of Conduit 2 in action. While still very early (the game's not scheduled to ship until this Fall), it's clear that a lot of effort is going into the game to spice up the narrative established in the first game, and bulk up the variety of gameplay modes, both in single and multiplayer.

Conduit 2 still involves you using a buttload of firepower, both foreign and domestic, to thwart an alien invasion on Earth. You've got realistic weapons as well as energy blasters from the alien technology, and High Voltage Software's working to get nearly two dozen different weapons into the final game. One of the coolest weapons I saw in action was something called the Vortex Blaster, an energy-based gun that has a charging ability that "collects" all the fired enemy bullets into a single cluster. When you've gathered up enough projectiles, you can throw them back in a powerful blast. There's also a mobile turret that can be picked up and moved to different parts of a level, and can be remotely fired via an iPad-like device that lets you look down the scope the gun while safely tucked away behind cover

One of the levels I got a chance to see is early in the game, where players are thrust upon an oil rig off of the southern coast of Florida. You can really see High Voltage Software's engine at work here, with weather effects (pouring rain splashing down on the deck) as well as the immense rolling waves rising and falling and cresting against the structure. In the controlled demo, firefights happened both inside and outside of the structure, and you can see that the variety of enemies are much more numerous. You'll even be able to peck off bad guys' armor and helmets, weakening them with well placed shots.

I noticed little things added to the experience, like the ability to flip over tables for cover. Added to the game is a sprint button so you can charge down enemies or run for the hills. Levels aren't corridor-based anymore, according to SEGA – while I did see a few of those same S-shaped hallways to assist in the level loading that were in the original game, levels were much more open and had multiple paths to explore in this sequel. There are even ladders, so levels can have structures and rooms stacked on top of each other. Ladders, people! We're in the big leagues now!

Conduit 2 will have a similar collection aspect as the original game, using the All-Seeing Eye device: you'll scan objects with the ASE, cutting down forcefields and unlocking doors with the ominous device. Speaking of doors, you'll perform some Wii motion-based controller movements to open up gates: twisting the remote or thrusting the nunchuk to turn and flick switches, for example.

The game features much more immersive storytelling, as everything about Conduit 2 will unfold during the gameplay instead of canned dialogue and cutscenes like the original game. There were tons of triggered, scripted moments during the time on the oil rig, with dialogue (early and temporary in this alpha build) happening as the action unfolded.

Towards the end of the level players will have to take down an absolutely immense alien "leviathan," a serpent like beast that has three tiers of damage, indicated by a power bar at the top of the screen. I didn't get a chance to see it taken down in its entirety, but this at least shows off that Conduit 2 will have heavy emphasis on "Boss Battles," something that the first game lacked.

Conduit 2 will expand the multiplayer aspect of the first game by adding a co-op mode called Team Invasion. Up to four players, locally or online, can experience a new set of challenges together. Locally it's a split-screen affair, and online, it's that familiar experience over the Nintendo Wi-Fi Connection, and Wii Speak is once again supported so that players can keep track of what their buddies are doing in this cooperative mode.

Of course, just like the original The Conduit, multiplayer will be a huge mode in Conduit 2. SEGA insists that security will be tightened up for the sequel to prevent the hacker problem of the first game, so complainers rejoice. Customization is also being upgraded – you'll not only have access to a whole slew of body parts to collect and alter to your character's look, but you can also customize weapon and upgrade presets before a match, so if you have a favorite combination of guns you like to use in specific instances, you can slot them for easy use with multiple settings.

Competitive multiplayer will expand on the same modes built for the original game, but SEGA and High Voltage have a few new elements that it will reveal as the game continues into development. The game, however, won't just focus on its online support – yes, you can experience 2-12 player individual and team-based competition, but if you don't want to jump online you don't have to: Conduit 2 will support four player split-screen single system competition as well. Old-school? Sure, but people still want to play deathmatch on the same screen.

My time with Conduit 2 was short but certainly productive. I already enjoyed the original game, but the sequel looks like it's going to a decent step beyond the first title. There's still a ton of work to be done, and as we work towards the game's Fall 2010 ship there will be plenty of opportunities for hands-on play. This was just a taste of things to come. 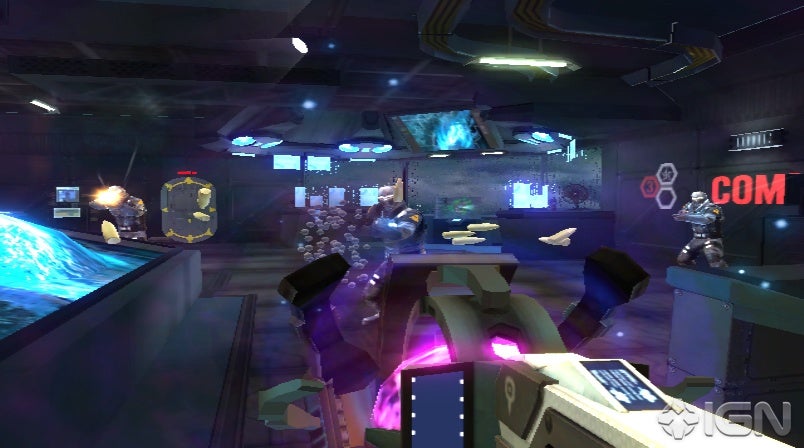 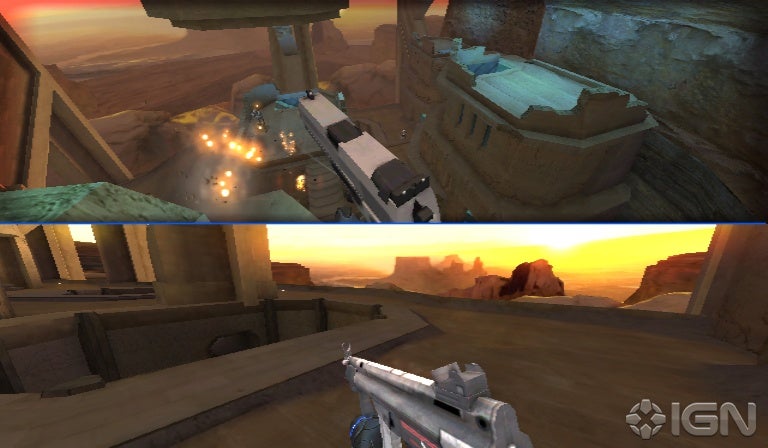 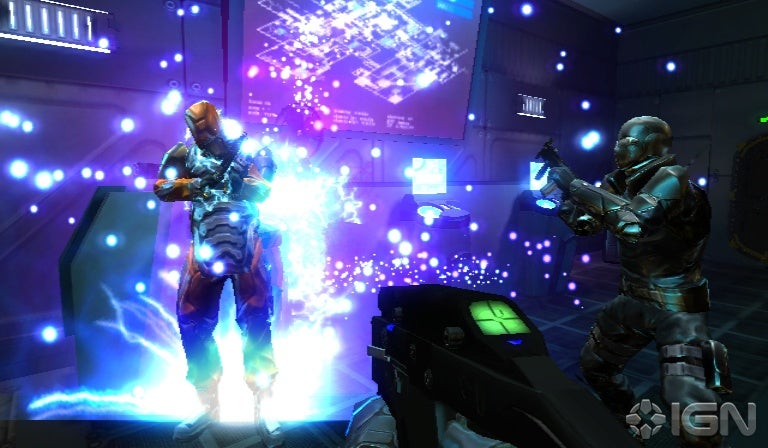 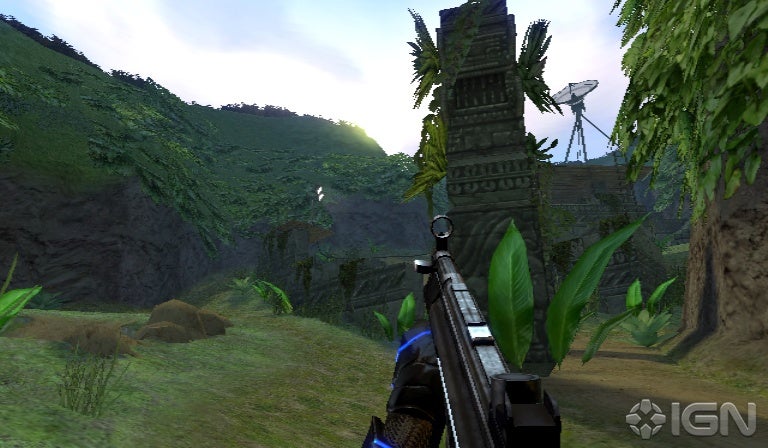 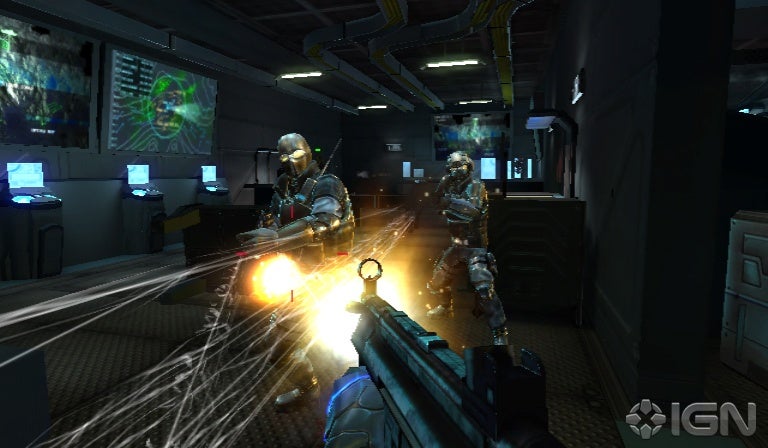 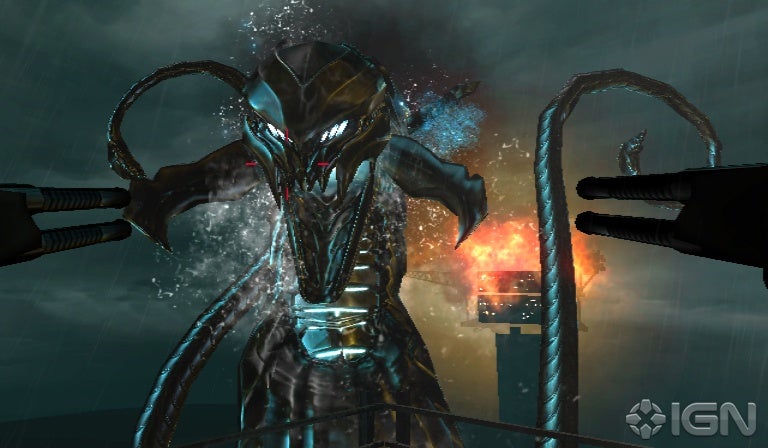 looking good so far, but I will have to play it before I pass judgment, the original Conduit, while good, could have been alot better

It looks alright I guess. I'll be waiting for higher resolution screenshots.

I didn't play the first, but this description of the sequel sounds pretty damned impressive...if I see some nice gameplay trailers I might pick this up for me and my roommate. We've kinda run out of stuff to play together lately.

I liked the first enough to play an improved sequel!!

the first game was good i mean its my 2nd top played game on my wii after all, but the game had alot of problems that needed to be addressed

the sequal still warrents me a buy... i just hope they make cutscenes for the sequal lol

I liked the original, it was not a great game, but it seems that the sequel its fixing all the problems that make the first one, just good.

The Tech Demo 2 coming out soon on Wii near you.

Love the image from the forest or jungle, I just love the countryside.