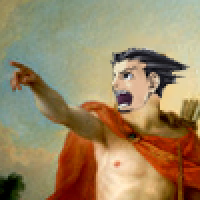 List building is mcm handbags a ralph lauren outlet superb way ray ban outlet to start getting bottega veneta website traffic and there is a chi hair straighteners program called My Huge List that can help true religion jeans you louboutin outlet with this. This program burberry outlet is a bit different from michael kors outlet other list building types. louis vuitton outlet online You can either sign up tory burch outlet for free or true religion outlet be a paid member. louis vuitton handbags Unlike other list coach outlet builders, you will only receive a louboutin outlet maximum of 10 emails every 2 to prada outlet 5 north face jacket days. This is because you only insanity calendar have at most 10 people in your cheap oakley sunglasses up line that can coach outlet email you. longchamp If cheap jordans you have memberships with ralph lauren other list builders, you will discover juicy couture that My ghd flat iron Huge List will coach outlet not fill your toms shoes mailbox with hundreds or even thousands of emails every day. And members that you refer will also be helping you to build your email list true religion all the way down to ferragamo shoes 10 coach outlet levels.

Alicee posted something on Yamaneko22's wall:

Alicee posted something on Yamaneko22's wall:

Love that painting! Saw you here.

Xen posted something on Yamaneko22's wall:

Thanks for adding me up!

Thanks for the friend request.

Thanks for friends request.

I saw your post on the The Legend of Heroes: Trails in the sky wall. You don't need to play the other ones. (I didn't). It's part 1 of the trails in the sky trilogy in the LoH franchise. The rest of the trilogy may or may not come out to west. XSEED says they intend to though. It has a nice ending and is a great standalone game despite being the start of a trilogy..