Today Supergirl's Medusa episode aired and its end is the beginning of a crossover. Said crossover aired right afterwards, but the German TV network doesn't own the rights to Arrow, so the middle episode got skipped entirely. Wasn't really a negative, because this thing was so bad.

The Supergirl series is already borderline, but everything else is abysmal. I had never even heard of Legends of Tomorrow before today. Wikipedia states that this crossover got positive reviews. Could it be that comic adaptations have really, really, really low expectations and standards?

Perhaps they get a pass due to how popular they are. I personally enjoyed the whole thing, though I wouldn't call it a masterpiece or anything like that, plus is also hard to like it if you don't watch the other shows.

Good thing they didn't air the arrow episode otherwise you would have been even more lost, as that episode happened to be the 100th episode so it pay homage to a lot of old events.

Wasn't really about being lost. From what I gathered, the other shows are very stupid. Flash is about being fast, Arrow uses his bow as a melee weapon, the Legends wear incredibly silly costumes.

Yeah tbh most of the time this shows require a ton of suspension of disbelief. I will always protect you

Oda is freaking kidding me.

At this point I'm used to it you gotta be more specific

To know the man that'll be beaten by Usopp.

Bruh Dogtooth is WAY out of Usopps league

Mark my words.
He shots candy like bullets, and is infamou for his prediction haki that apparently can see a bit in the future.
He'll be Usopp's opponent, and lose to him.

Nautilus posted something on Mike321's wall:

Thanks for the friend request, you sexy Supergirl!

No problem and thanks!

That's what you get for that disgusting comment below.

Why don't you do it then?

Xbox Empire keeps me busy enough, besides I don't want to hog all the OT's

Mike's face when he walked in on me with his sister

Ugh desperate housewifes.... I agree it's better than the wii u tho

Melissa Benoist and Chris Wood's on-screen chemistry is so good! 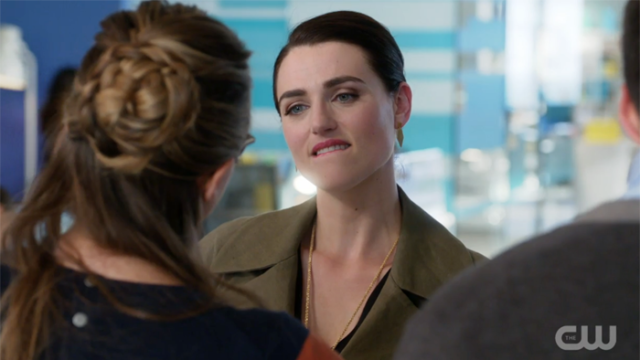 Hi, good to see you around here :)

I don't know if I'll even use this site very much. But yeah. How are you doing?

It can be a fun site to use

I'm doing good, I don't have school on wednesday so I'm gonna play some games, how about you?

I feel like crap. Really hoping I get better soon. As for school, I wasn't able to go yesterday because it was storming like hell yesterday and I wasn't going out in it until during the afternoon because it got that bad. Wasn't able to go today because I'm sick and I might not be able to go tomorrow either, unless I'm feeling better. Who knows. All I know is that I can't wait to graduate High School. Then...oh boy, college...

I hope you get better soon :)

Platina posted something on Mike321's wall:

Fixed, now buy another Wii U so we can Splatoon again :D

Thanks a lot plat!

And well about buying a wii u...

I think we shall play again on splatoon 2

Ok this one I actually love

Your Super girl avatars are always nice, this one might be the best one yet.

Thanks :) this one is pretty good I love it.