I want to fuck your vagina.

who tf are you

Oh that's nice! I'm glad even though I no longer have a sg avy people still associate me with her :P

Let me know your thoughts as you progress, season 1 is my favorite out of the current 3.

I ended up watching both seasons of Supergirl. It was pgood.

Oh that's awesome! Which one did you like the most? And what do you think of Melissa as Supergirl?

It's quite light, and done for teenager girls first.

But it has lots of heart, and eyes can't turn away from Benoist. Such an adorable girl.

I finished it yesterday actually.

Pretty good, isn't it?
Sadly they resort so much to perviness, it was fun at the start but it got annoying in the end.

Yeah it was pretty awesome, I didn't find it annoying but they definitely used that aspect a lot.

I could barely keep up with it at the beginning, they throw everything at you so fast, but I loved it, I was amazed at how consistently fun it could be throwing things that fast at you, lol.

Have you ever watched Nichijou, btw? I another pretty fast and fun anime, it has nothing to do with Kill la Kill, it's pure nonsense, but it's also so fucking fun all the time XD

The fast paced craziness is one of my favorite aspects as well.

No I never heard of it but I'll check it out.

b00moscone avatar is from there, she is one of the main chars.

Give it a try, it's really fun.

Where have you disappeared to? D:

Why do birds fly?

Because they want to ;)

Bruh of course I play my games I ain't no Doctre81

Yeah I'm really loving it, been playin it non stop @_@

She'll be back, but the show is on break so I figured I would give her a break as well here

Who is that as your avy? Havent been watching Super but that animation looks really bad.

Wow thanks for the compliments

She is Caulifla, a saiyan from another universe.

You got rid of Samus already?!?

SAMUS!!!! Another blonde girl in your avy I see

She's one of my favourites, too

Also, you staying at Ryuu's house or something? It says that you're from the UK!

She is back so I gotta have her as my avi again. Thanks for the heads-up btw I didn't notice it changed and I definitely don't want to be associated with Ryuu

=D I didn't know that you had her as an avy before! Anyways, I'm very happy for you that we're getting two new Metroid games! I'll probably be picking them up too, myself.

I'm picking metroid samus returns day 1 even if I don't have a 3ds right now. Hopefully my cousin still has it otherwise I'm gonna have to get a cheap one.

I'm not sure if I'll get it day one, but I'll try to get it as soon as I can! And is it hard to find cheap 3DSs where you live?

Not sure that'll be part of the fun 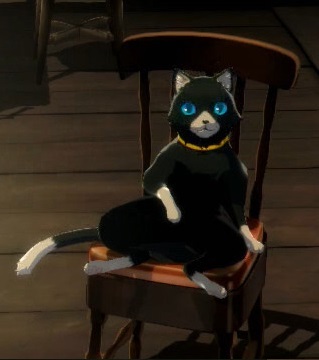 Thanks! The artist did an amazing job.

Yeah I love it, there are some nice similarities between the characters as well which makes it even better.

This mofo's a straight up troll. Don't let his act on here fool you :)

Oh look who is talking the troll master himself.

XBOX IS THE BEST BOX

Today Supergirl's Medusa episode aired and its end is the beginning of a crossover. Said crossover aired right afterwards, but the German TV network doesn't own the rights to Arrow, so the middle episode got skipped entirely. Wasn't really a negative, because this thing was so bad.

The Supergirl series is already borderline, but everything else is abysmal. I had never even heard of Legends of Tomorrow before today. Wikipedia states that this crossover got positive reviews. Could it be that comic adaptations have really, really, really low expectations and standards?

Perhaps they get a pass due to how popular they are. I personally enjoyed the whole thing, though I wouldn't call it a masterpiece or anything like that, plus is also hard to like it if you don't watch the other shows.

Good thing they didn't air the arrow episode otherwise you would have been even more lost, as that episode happened to be the 100th episode so it pay homage to a lot of old events.

Wasn't really about being lost. From what I gathered, the other shows are very stupid. Flash is about being fast, Arrow uses his bow as a melee weapon, the Legends wear incredibly silly costumes.

Yeah tbh most of the time this shows require a ton of suspension of disbelief. I will always protect you