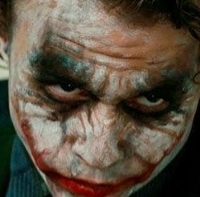 how the hell do you change your avatar? I've completely forgotten how to do it and can't find it anywhere.

Thanks! I just could find it.

So what do you do for a living now?

I am a system tester, mostly for the MOD but also do some work for banks, very boring but pays well :)

i guess you can tell how boring it it by the amount of time I am online here :) Where in the US are you ?

The limit on GIF files in signatures is 1.5 MB. I have deleted your signature.

I've Haven't slept now for 38 hours so I just have this sneaking suspicion I might retire for a week!

WTF have you been doing ?

I'd just finished a heavy session with ISS when my son came round. Not wanting to go to bed and leave him on his own, I decided to fight tiredness and keep us both supplied with copious amounts of caffeine. It worked (up to a point!). I've just woken up after only 5 hours of sleep and don't know where the fuck I am ...

LOL, glad you are enjoying your PS4 and your Son, thats what it all bout :)

I URGE you to play Fez. Once you start playing this game and get into the later levels, you can't help but consider Phil Fish a genius. What his mind went through putting this Rubics cube of a platformer/puzzler together is there in every single smile inducing moment.

Weird username... I shouldn't judge though, look at my username!

My username comes from my PC modding days :) used to run a website called CoolCaseMods therefore I am a ModBod :)

Playing Outlast and enjoying it

send a request from my Vita :)

Yeah, still love gaming, always said I will die with a ps controller in my hand :)

Same here. Don't you find your reflexes get worse the older you get? I tend to play more stealthily in games now and love turn based RPGs ... I like my cuppa here and there.

Yeah :( thats why I stay away from games like COD and TF, give me Second Son and Unchartered

Second Sony and Uncharted it is for me too. I have to say TLOU is my favourite game of all time and the DLC will be mine. I'm thinking of picking up Thief too ... The pacing looks right up my street

Thief does look good and is on my list of Must haves, as is The Division, The Order 1886 is worth a look, depends if its an out and out FPS, we will see Feb 19th :)

Whats you PSN ID ? will add you when I get home :)

You need to buy a second hand PS3 because TLOU will blow you way! I'm on now and waiting for Outlast to finish downloading.

I played and finished the last of us before I sold my PS3, its Left Behind I need to Play, I feel like kicking myself, as well I am sure it will be on Playstation Now :)

At least you got to experience the game then. I'm currently shitting my pants playing Outlast. This is seriously messed up and I regularly take tea breaks and relax with a cigarette before plunging knee deep back into the mad house. Love it,

One thing they need to stop is throwing more at you towards the end of games. The obsession needs to stop and even TLOU fell into the same trap towards the end. It's not needed.

GribbleGrunger as I said above. Pay attention old timer!

lol, i had a good go at Outlast, last night, more than once I almost shit myself, will be back on it tonight :)

Let me know when you've finished it so that we can discuss the end ...

sent a request from my Vita :)

Yeah, I finished it about 2 hours ago.

ModBod has 12 friends (view all)