Hello. In the past you were with your top50 in the greatest game event. It is happening again this year and starting soon. Wanna join again? Sign-up thread: http://gamrconnect.vgchartz.com/thread.php?id=241130

Assyrian612 posted something on Zisbest's wall:

Yoooo what's up brother?!? How have you been??

Yo my man! It's been ages talking to you :) Been doing good my friend, very good. My hype is real considering Shenmue III is almost around the corner! How about you, you doing fine?

I'm happy to hear that bro!! I'm doing good as well, just recently graduated from college back in December of 2018. I'm just looking for work now! I'm super pumped for Shenmue 3 bro, hopefully it's everything we imagined it be! You ever get a Nintendo Switch, if so, we can play super smash?!

Glad to hear, congrats on your graduation! Will still take some time for me haha. 'Course I got myself a switch man, couldn't do without Smash ;) Just drop me your switch name or contact (or however that works again) and we can get a few games rockin' some time!

Sorry to say it, but, Smash Ultimate is ineligible.

Well, then that was my mistake for not reading (or rather remembering) the rules thoroughly! Thanks for notifying me, I will update the list. :P (As a huge smash fan this game is *mmmmhh* though)

Oh, you can imagine many people (myself included) feel that way about not being able to list Ultimate this year. Will be interesting to see how high it makes it next year, I guess.

Going through my list once again I realized I hadn't put Mischief Makers in. Would've been criminal so that was a change for the better this year lol.
And yeah, Ultimate will surely do its thing next year.

welp, one more thing I just noticed now that I'm compiling the list... You have Tetris & Dr. Mario at #38. Since it's a compilation of the two games' original versions, they have to count separately, so you're gonna have to pick one of them.

Eh, to be honest looking into it a bit more, maybe I can consider this its own game. It's such a grey area, though.

What's up with my typos recently lol. Obviously that wasn't meant to be PS1. Tetris & Super Mario only makes the list because I've got such a nostalgia crush on it lol. I could change it to Tetris in any case.

Nah, I'm counting them both together, don't worry. Everyone makes typos too, certainly when managing lists of 50 games, I've had a few here too.

We've gotten lazy. Next time, we have to do TotY again. And I'll put the t-shirt up for sale haha.

Yeah man. I'm more lurking these days and couldn't motivate myself to set up another TotY thread at all. 2018 tho... ;)

Thank you! Hope you have a good ol' time and a Merry Christmas as well.

No problem! Thanks for adding me in the first place. :P I like the image a lot too, glad I found it :D I'm dying inside. Of happiness that is :'D

I am legit gonna do it haha! Mostly for the lols, but I would die if someone bought one. Now I only need to wait 7 months before the season starts....

Yeah haha. This is gonna be our 3rd time
crazy

They made Ike's forward aerial longer than Shulk's....

DO YOU WORK AT NINTENDO?

Really? That's quite a good buff.
I'm sure Zis offered Sakurai his "services" if you know what I mean. 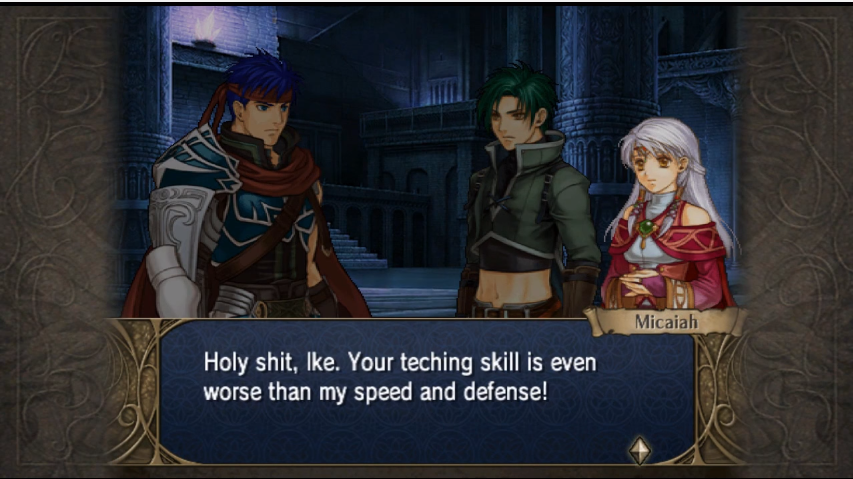 As you can see in his expression, Ike is not amused. Thanks! Hope you have a great time as well. :P

Wright posted something on Zisbest's wall:

Thanks mate, right back at ya. :P

The richest duck in the world. :P

You still como to this site :O

Trust me, I'm here daily to check general gaming news. :P I just don't post as often these days. Maybe a more active phase of mine will come again one day.

Madness, I say; madness! You're full of lies ;P

Hey look I'm posting on your wall. I'm so edgy.

That's not edgy, it's called living in the past. Post on someone's wall who is actually active. :P

Oh OK then. I'll go to Squeezol. He's pretty "with it" these days, you see.

Zisbest has 64 friends (view all)