Cracking Down Dealt with (accepted or rejected) 1000 reports.

Who is your avatar?

You're welcome to stare as long as you like.

Ah yes, Lucina is the best girl of Fire Emblem Awakening. Too bad she has no boobs.

Not my car btw. A friend saw it at a Japanese restaurant.

Hahah :D yee I saw that picture a while ago. I like Haru too but Chitoge there's only one

Also reminds me I have to catch up with the manga...

Do it! The current arc has been good so far. Also the previous arc was great for Chitoge fans.

Will do it soon, the thing is I stopped reading it a looooong time ago when the anime started airing, so i don't even know what's the current arc you are talking about hah.. Do you have a MAL account?

I don't...I really need to make one, but I've seen so many anime it would take a while to update. I'm hoping to do it soon though, it seems really handy.

Do you remember what the last Nisekoi chapter/arc you read was? It doesn't take too much to get back into, since so many chapters are self-contained and you can either skim or skip them. I can probably find where you left off...only if you're interested though.

I honestly don't remember what was going on, but it's probably updated on my reading list: http://myanimelist.net/mangalist/Zidane10

Also yeah if you watch/read a lot of stuff, mal is really helpful. I used to update it frequently quite some time ago but now I'm a little busy and don't watch too much anime :c

In case you create an acc let me know, I'm curious to see the amount you have watched :P

Holy crap x.x what a nightmare. Is Ban going to have to suffer like King now? He better find a way to return her to normal DX

Probably, He will probably have to go through hell just like King... so much questions left though... 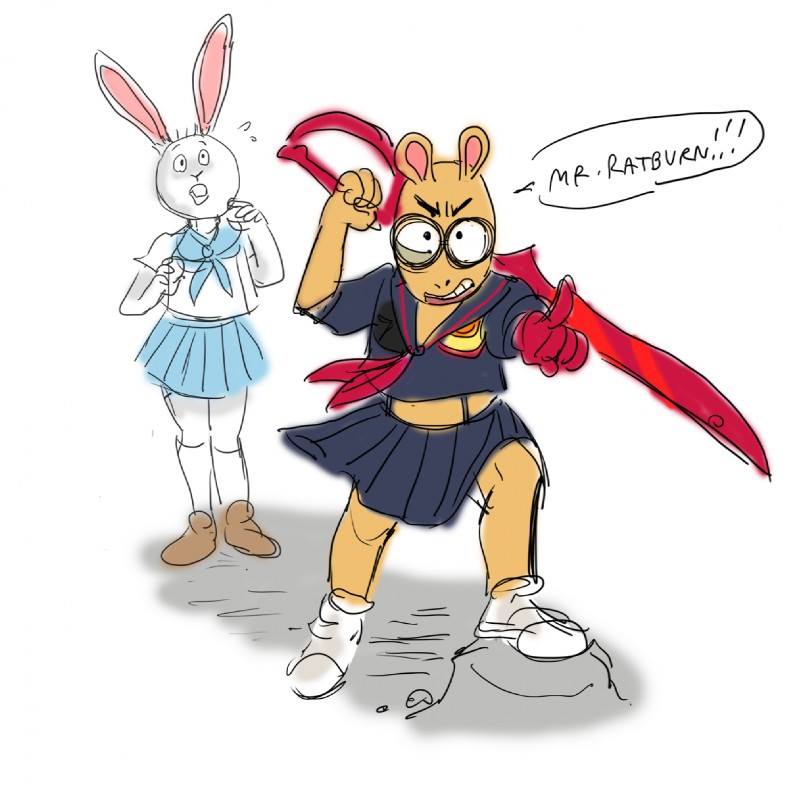 So um yea..... Do you watch charlotte, Rokka no Yuusha and Shimoneta?

I was considering Charlotte...but I've heard some...things. I'm a wuss when it comes to sad endings. Do you think it's for me?

Never heard of the other two, are they on Crunchyroll? I don't really pirate anime anymore, but I can make an expection if they're worth it.

Shimoneta is..... amazing.... if you don't like ecchi this is not for you though. This show was always good but there is a certain episode where it just explodes and grows into this amazing piece of work. I say go for it.


Rokka no Yuusha has been amazing. Its slower paced and its more of a mystery but it is good. The last 3 episodes have been great.

Charlotte had its first sad moment recently, and the author is hinting at more... it depends though. For me I see clannad as one of the best shows ever but I would never rewatch it. Charlotte would probably fit into this category by the end. Its alright and it does get better.... this last episode was brutal in many ways.

All 3 are good, it just depends. I don't know if they are on crunchyroll since I just use gogoanime

I'll look into them...maybe a watch a few eps of Charlotte since it's in my Crunchyroll recs. I don't mind ecchi (Fairy Tail is one of my favorite shonen), just as long as the story doesn't revolve around non-stop boobies.

Ah, looks pretty funny. It seems like it's about censorship...so the ecchi is understandable. I'll add it to my queue.

I've been reading it since last year...I'm really slow XD Still around 80 chapters left before I'm caught up.

Do you read it weekly?

I have a hard seeing Yui as the canon love interest, since she was introduced so late in the series and still only appears every few arcs,, but if Komi is setting up for a harem end, this could work into that.

Really though...I'm expecting the scene to get interrupted somehow. I can't see Raku accepting/denying her feelings before he figures out his own feelings, so something will have to happen to return us to the status quo. At least IMO.

Still...seeing an actual confession is a first XD Definitely looking forward to next chapter.

LOLOLOL. why won't those other squids notice?!?!

Fun fact: If you go into first person mode, and stare at them for a few seconds, they will notice you and wave back. :P

I'm on vacation for the next week. Later, friends!

I made that Nisekoi Fan Club, BTW.

Just go ahead and jump on Skype, and I'll meet you there. ;)

Sigh... nisekoi is killing me on the inside though :( maybe I should turn on skype for once in my life to rant about it...

I have an old high school friend in town, so I might not make it on for awhile. Sorry @.@ I'll rejoin the Nisekoi chat when I can.

If anyone asks, Chitoge is best.

I'll give you this one, juust this once...

but the battle isn't over. Onodera is already prepping for the next battle... >: )

Ah Ono. It's not like I think she looks cute planning her dress or anything...*sideglances*

S-So many kawaii gifs on your wall..

That's how I feel too x.x *drowns in cute

Don't listen to that bad guy, Cloud. How are you doing today? ;)

I'm great, you can see it below, but I'm getting a promotion at work, so I'm floating on Cloud 9. Waking up to Chitoge gifs only makes it better of course ;D

How've you been? I like the Roy avy. I hope he gets confirmed for Smash soon.

Just finished watching the Smash Direct, and both Ryu and Roy look fine as hell.

I'm hoping to main both of them.

Just watched the Direct @_@ Man I'm pumped, Gonna have to get Roy and Ryu right now.

Just kidding, she looks cute. How do you post gifs on walls like this? I feel like a newbie since I've only been able to use links.

And I've been really well, actually. Recently heard I was getting promoted at work. Haven't gotten my offer email yet, but the hiring manager already talked to me. Should be an interesting week, I'm sure word will get around the office fast.

Sounds like things are going good for you. Good to hear : )

Hm...not quite. I'll mess around a bit more.

Do you by chance have a site where you get your Chitoge sigs?

I use Tumblr. Political crap aside, that site has an awesome collection of anime gifs.

You can also check out the Chitoge or Team Chitoge tags. I get all mine off that link though :P

I can get stuck there for a while @_@ *salutes you

Tumblr is also where I found my Nanoha blasting the living hell out of quattro gif.... God I find myself staring at that gif every single day....

Maybe not, but my girl can use Fire Punch.

Yeah it's a massive link. I'm at work so it's the best I can do. Gomen gomen

Haha, don mai~ That is one fierce punch x )

Super_Boom has 53 friends (view all)