Hope nobody defends Bush Senior and Junior when they both die and go to hell.

I've actually heard a leak from a reliable source (That accurately guessed Pirahna Plant and all four of the announced fighters) that Geno is next.

No reason not to be one. :P

I had to decline your PAL and JP box arts for Battlefield 4 on the PS4 due to the black/white borders on them, They need cropping all the way up to the box art itself so there are no extra borders around it.

Alright, thanks for letting me know!

Still the last man standing of the Squeezol fanclub

Ka-pi96 posted something on AZWification's wall: 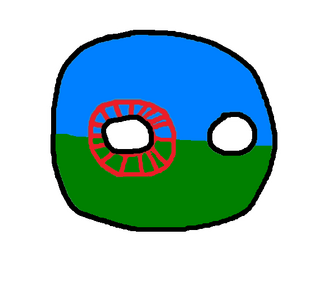 The little gypsyballs are kinda cute though :P

If only their real-life counterparts were half as cute. :P

Think that applies to all the characters in Polandball though :P

Turkish posted something on AZWification's wall:

Romania can has become Ottomans again

Eh, at least they are better than the Soviets.

Ka-pi96 posted something on AZWification's wall:

So, what's with the Romanian flag avy? Is a sporting event going on at the moment or something?

Oh, not really. I just started reading the Polandball comics and find them amusing.

Huh, not heard of Polandball before. Seen those flagballs in your avy plenty of times though. Guess now I know where they come from :)

I remember when I used to have flags as my avatar, Romania being one of them. However, with the rise of Donald Trump and political threads here,I didn't want to be associated to right-wing politics.

Need the site to be stable first.. one step at a time :p

Wright posted something on AZWification's wall:

AZW, my buddy. Would you be interested in joining a super secret VGC chat?

Nope, I don't think I would be very active there.

Being active isn't a requirement, but alright. :C

Wright posted something on AZWification's wall:

Pretty well, I'm enjoying the winter and all the protests here in Romania!

The Great BraLoD was here.

I'm so happy when it snows.

You would live depressed here, then.

How'd you guess that :O?

Well, when I think of hot weather in America I always think of Texas.. :P

It was warm during Christmas week ;(

Platina posted something on AZWification's wall:

Thanks, Platina! Happy Holidays to you, as well! :)

It's fine, I'll be back to posting monday xP

We all lost to Ka-pi, anyway, lol.

I lost that battle before it even began

Did you not play once?

I don't remember playing, but Mafia is not really my cup of tea.. Sorry!

All hail Trump, our favorite cunt.

Are you voting for him?

I wouldn't vote for him even if I could. :P

Who should I vote for? Are you really from Romania? DO you know Mordred?

Either Johnson or Stein, I'm not too sure. Yeah, I'm from Romania. I've seen Mordred on the forums and even talked a bit to him a while back.

He used to be big in judo. We were friends, but kind of grew apart after I won the gamRewards trophy from him during one brutal month. We both spent 100's of hours adding game information to the database but I ended up coming back in the last hour for the win. Not sure if he ever forgave me.

I imagine that was like 4-5 years ago, right? I don't think he's upset at you! Also, this post makes me wish the DB was still functional.. :(

Oh, but I thought Gamewise was its own thing and didn't have anything to do with VGChartz/gamrconnect? You said you won the gamrRewards trophy.

Probably has not updated yet? I cannot say for aure, but myself and some others bought a bunch of users supports, so t. Is my guess.

Last update was a few months for badges I believe, I just checked and I got my 70 in May I think, well I checked last night, but it was recent.

Hmm, I was never gone this year for more than 1-2 weeks so I think I would have seen if I had the supporter status. Are you sure it worked?

I can't post on comments, I think when you were away a while back I bought you supporter status for a month.

Hmm, how come I don't have the badges?

AZWification has 797 friends (view all)