Switch vs Wii Sales Comparison in the US - June 2022 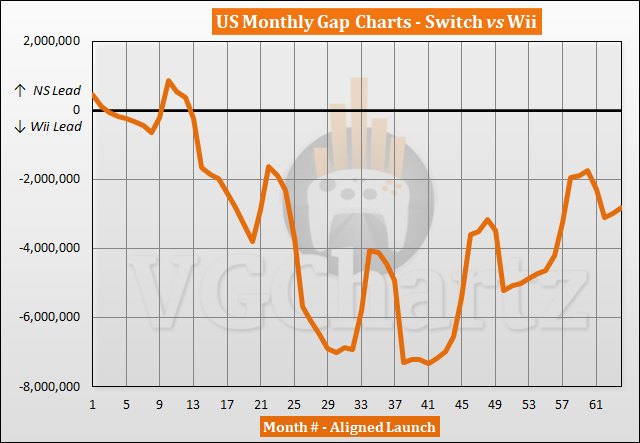 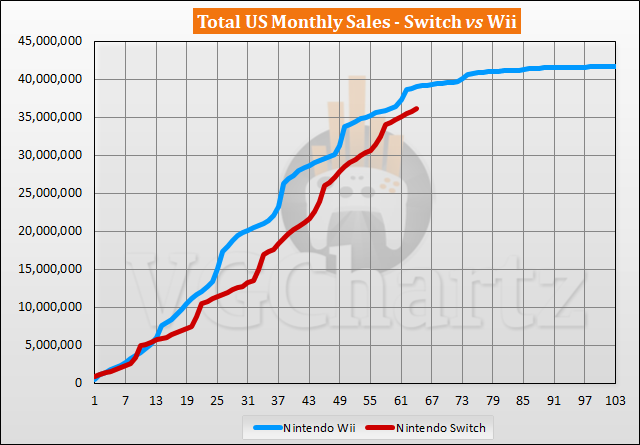 June 2022 is the 64th month that the Nintendo Switch has been available for in the US. During the latest month, the Switch has caught up with the Wii when you align the launches by 187,804 units.

The 64th month for the Nintendo Switch is June 2022 and for the Wii it is February 2012. The Switch has sold 36.19 million units, while the Wii sold 39.00 million units during the same timeframe. The Wii sold current Switch sales in month 60.

The Wii sold 41.70 million units in the US during its lifetime. The Switch needs to sell another 5.51 million units to outsell the Wii.