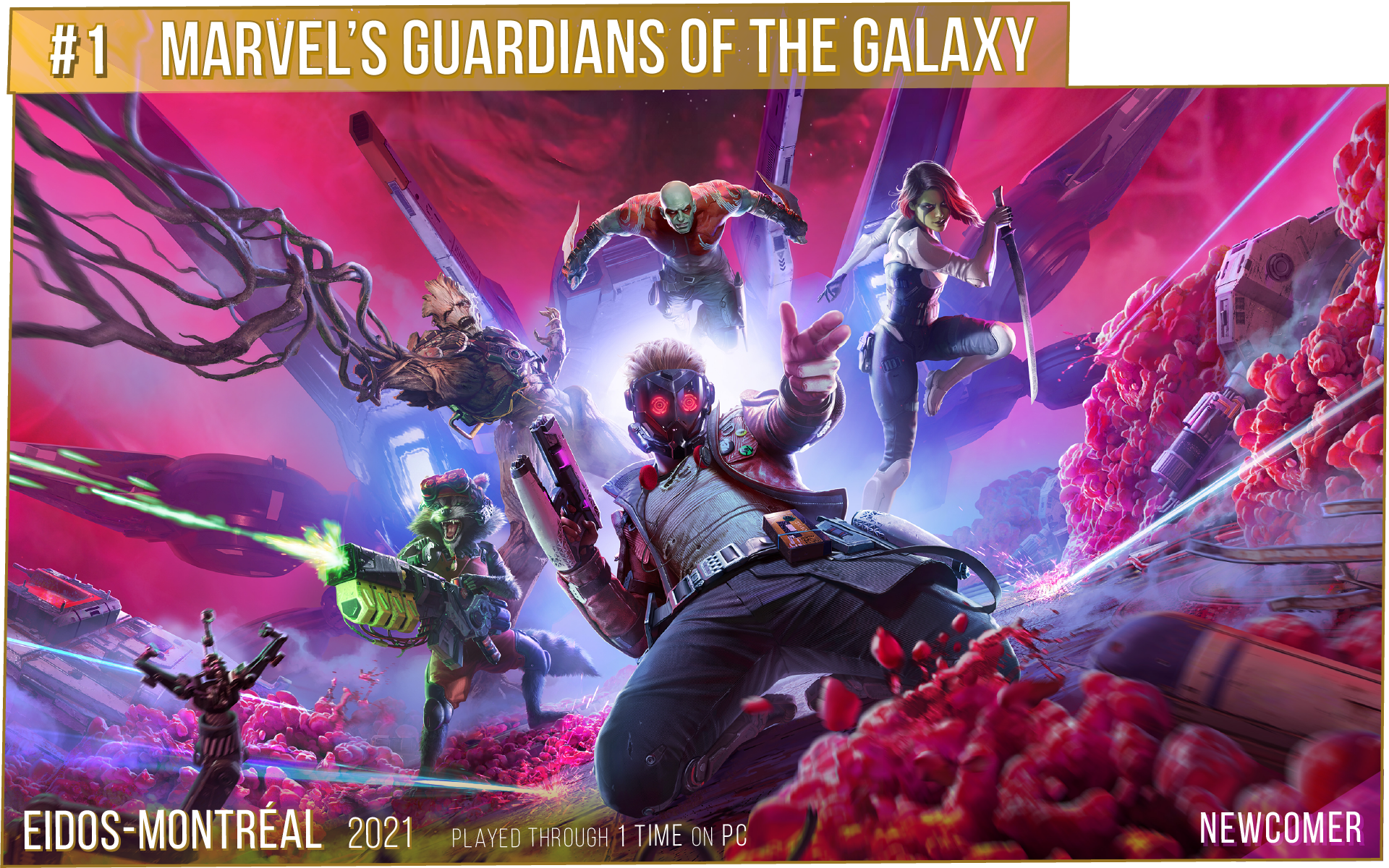 It's an Earth thing my mom taught me.
The idea is that you light something, to remember someone.
To pay tribute.
I mean, it's not magic or anything.
It doesn't bring anyone back, but...
You know, it's a gesture.
A small thing in the face of a very bad thing.
Sometimes that's all we have.

You know, it was just over half a year ago that I found myself brainstorming over the idea of a potential Guardians of the Galaxy game, of how cool it could be, all the things they could do with the IP, it felt like there was endless potential. Of course, I knew it was somewhat inevitable for a game to be made at some point in time, but I certainly didn't expect it to come so soon, let alone be any decent. I remember seeing the leak a few days before E3 and immediately bracing myself for my favorite characters to be tainted by some crappy product, but then the show came around and... It didn't look that bad, not at all? There was even a hint in there, somewhere amidst all of my skepticism, that something truly special was going on, but I told myself it wasn't gonna be. It couldn't be. It was gonna be fun, I expected that much from what I saw, but no way it'd be the game I dreamed of.

Then, it came out. It surpassed my expectations, that was apparent pretty early on. It also surpassed my highest hopes, which maybe weren't that high, but it really did. As for that game in my dreams... yeah, it too was surpassed. This take on the Guardians leaves nothing to be desired, it takes everything great about the movies, everything great about the comics, adds a good bunch of great new ideas, and blends it all in a game that ends up feeling both familiar and original, faithful but also extremely creative. And most importantly, it feels truly genuine. You feel it in every line of dialogue, in each detail and easter egg, in the depictions of these characters and new designs of locations they travel to. Nothing is overlooked, every little thing that's in there was given the utmost care. This is a work that came from the heart, from a team that deeply cared about the project they got to make.

And just like I love their game, I love the people behind it. I don't usually talk about this sort of thing, but it is really refreshing to see a game you love being made by a company that cares about the well-being of its employees, that doesn't overwork anyone, that doesn't do crunch - they're even shifting to a 4-day work week now - honestly, Eidos-Montréal just looks like an awesome place to work at, but beyond that, as a fan, it's really awesome being able to engage with the people who made something you love. In the months since release, I've already talked or had a direct interaction with Jean-François Dugas (director), Patrick Fortier (gameplay director), Simon Habib (animation director), Richard Jacques (composer), Jon McLaren (Star-Lord), Kimberly-Sue Murray (Gamora), Jason Cavalier (Drax), Alex Weiner (Rocket), Robert Montcalm (Groot), and the two people responsible for the ridiculously awesome metal album made just for this game, Yohann Boudreault and Steve Szczepkowski. In every interaction, everyone who worked on this game came across as the nicest people, and they made me feel like part of the family too (which of course I'm not, but that's beside the point).

That feeling of family is something this game really delivers on. The constant bickering between the characters, the way fights and disagreements develop over the course of the story, motivated both by things you can and can't control, and the way conflicts are ultimately resolved... It's incredibly effective at making you feel inside a family, where things don't always go the way you want, because everyone in there has their wants and needs and they will clash. Whether you go into the game caring about these characters or not, by the end you deeply care about them all. You'll want them to be happy more than anything, and in time, when you walk around the Milano, it'll feel like home. And just like in your real home, even when everyone's in a good mood, there'll always be a fridge to close.

So to think about trying to close this post I made about my favorite game... Well, I haven't even talked about the actual game, have I? It's a pretty cool game. The combat isn't the easiest on the eye but it really clicks when you're holding the controller and issuing commands to your team. Then it also has a good bit of walking around linear set-pieces, with the occasional optional item in an alternate path (your crewmates will always question you for going the wrong way though), and some basic puzzle-solving where you have to rely on the skills of the different Guardians. None of it is groundbreaking, but it all works well. The gameplay may not be the most striking aspect of the game, but every facet of it is made in a way that enhances your connection to the characters and their story - nothing you do is complete without the team, they will shine through every action you make, and the simple gameplay works in putting them at the forefront, allowing them to chatter endlessly and comment on everything you do without clashing with the game side of things.

All in all, when I look at this list of favorite games, Guardians of the Galaxy can feel like both the easiest and hardest one to rank. I was barely more than halfway into my playthrough when I started thinking "this is first place for sure", and it only kept getting better and better from there. Whenever I play it, there really is no doubt in my mind, this is it. What makes it weird to rank, then, is just how different it is from everything else I've played - all these other great games I list here, they're games first and foremost, but this is more like a super-long interactive film - or at least that's where its greatest qualities lie in, anyway. It feels weird to rank it among all these other titles, but it has to be somewhere on this list and for all it means to me, it only makes sense here at #1.

This is a dream come true, and come true in the most beautiful way possible. It's all I ever wished for and more. It makes me daydream about potential sequels, blinding me to the rest of the industry just like the films did. And just like the films, it is a wonderfully written, genuine work of art that came deep from the heart of its makers, with complete confidence in what it wants to be regardless of what anyone will say about it. It may not be perfect, but neither are the Guardians of the Galaxy and I love them just like that.

Thank you, Eidos-Montréal, for this truly unforgettable journey. It really means everything. 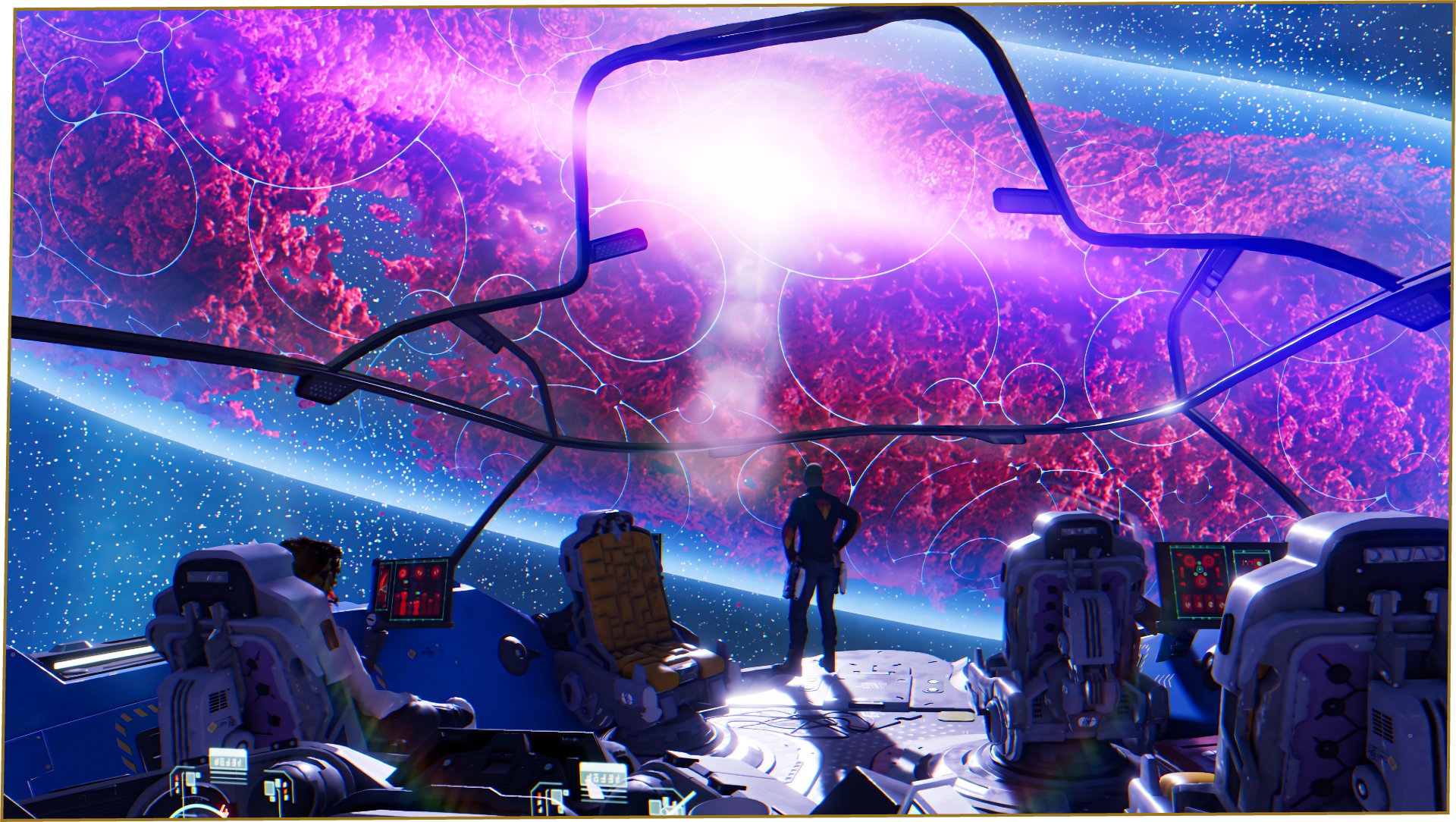