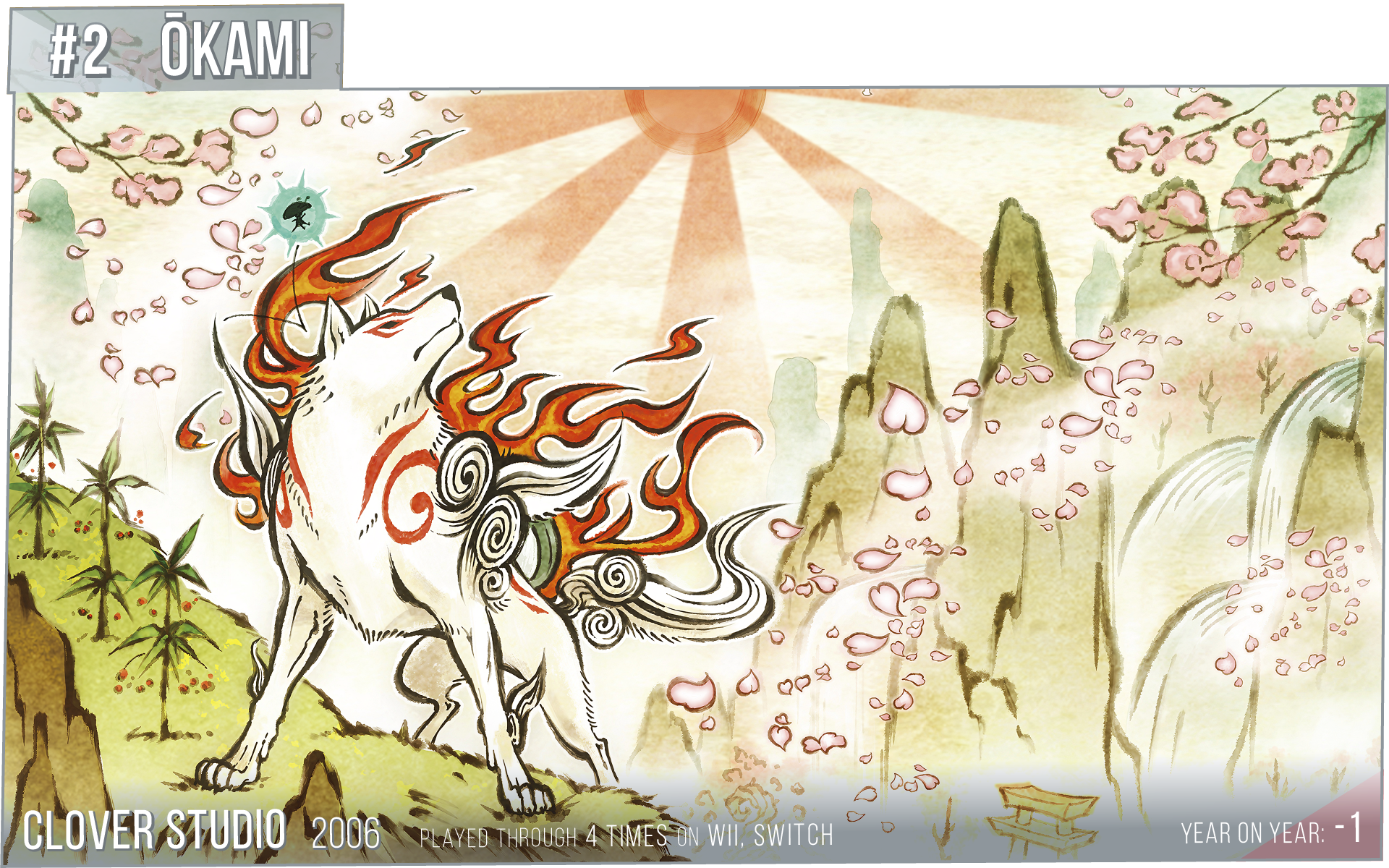 After playing through Ōkami once a year for four years in a row, 2021 makes it now two years running that I haven't. I suppose it's normal after 4 playthroughs that things wind down a little, though. I want every playthrough of this game to feel as special as possible, and that usually means an increasingly long period between each one. Anyhow, there's an elephant in the room here I feel. This was at the top of my list for the past three years and I gotta admit, putting it at #2 makes me a bit sad, like it's farewell in a way. Silly stuff, because of course this game will never leave me, but it feels weird for sure. It is what it is, though - just like Skyward Sword yesterday, my love for Ōkami hasn't diminished in the slightest. I adore all of this top 3 beyond anything else, any of them could top the list really.

What makes this one tick for me is just how much it oozes charm in everything it does. Nearly every character that shows up throughout the game, even the minor ones, they all leave an impression on you. The game dances between emotions like it's throwing them at random one after another - funny moments turn into emotional moments into happy moments into hype moments in the space of seconds - it all combines in a way that somehow never feels forced, and in turn only empowers the game's world and narrative because it makes you care so much about every little thing that happens. This is then pushed further by having a world you can have such a direct influence on, a world filled with corrupted areas there for you to restore with your powers. As you progress through Ōkami, the land of Nippon becomes more and more filled with trees and wildlife, and it's the most wholesome thing ever.

All of this it gets right, all of this is how Ōkami makes you care. And when it knows you care, it then uses that to deliver a truly outstanding story, filled with powerful moments all the way through, all building up to one of the most heartwarming and moving endings you will ever see. And yes I'm tearing up just thinking about it. This is a complete masterpiece, one of the best games ever for sure, and it doesn't matter that it's no longer at the top of this list. It remains and will always remain just as special as ever.