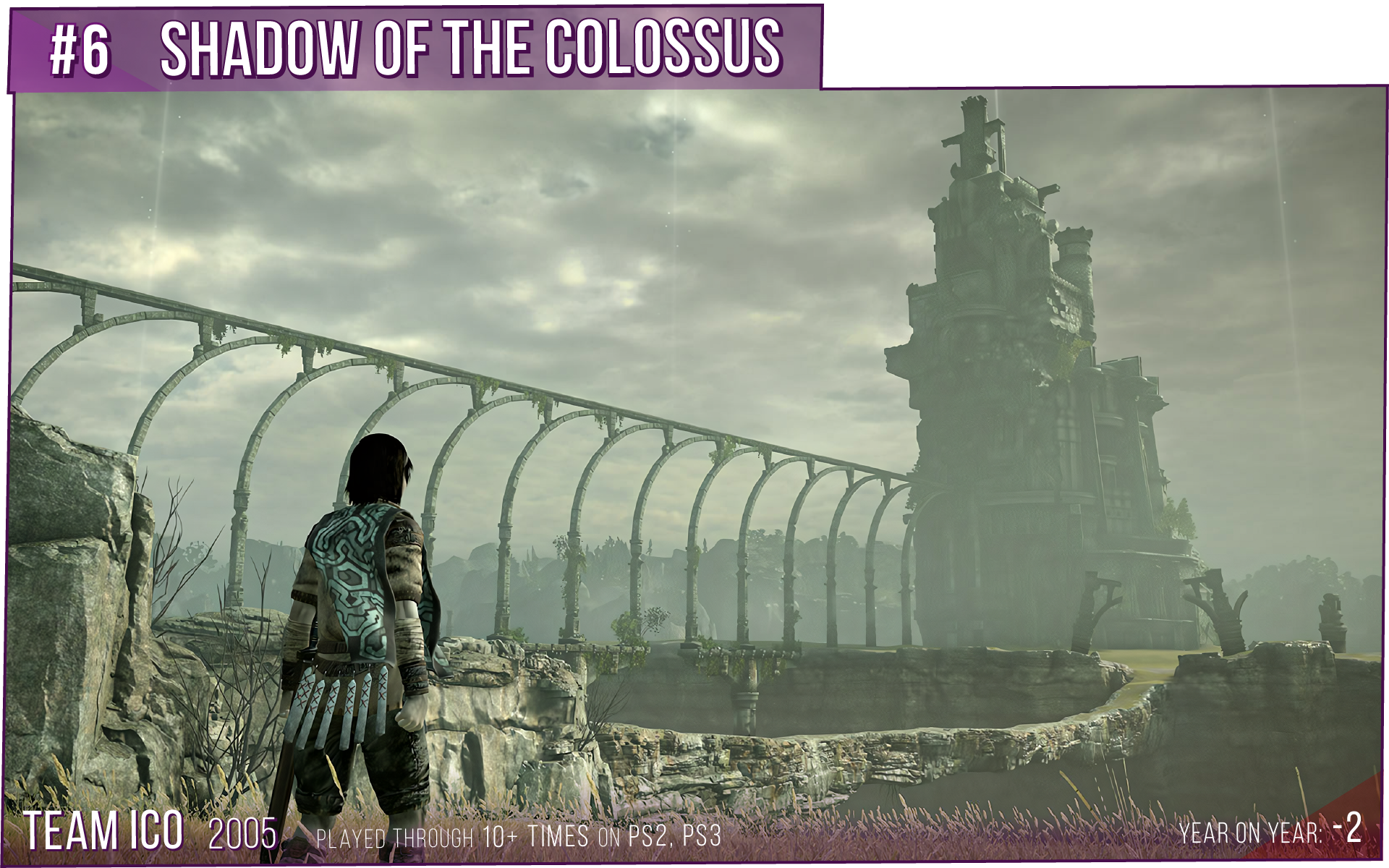 I never thought there'd be a day in my life where I'd be putting this game outside the top 5, but here we are. It's kind of a steep drop too, skipping over fifth place, but really, it's through no fault of its own. Just some other games that are very awesome coming along, but Shadow of the Colossus will always be close to me.

I played it for the first time when I was 12 or so, and I think as a kid back then, this is the game that really showed me what games could be. Not just graphically, though that's a side of it for sure - it looked mindblowing at the time - but as an art form, as a means of storytelling. Shadow of the Colossus felt like an experience. It's something I probably always craved for, but no other game I had played at the time was even remotely close to this. It's fitting that all the games still to come in my list have released after it.

And similarly to all those games, when I think of Shadow of the Colossus, and what to write about it here, I'm not thinking of its individual qualities like the level design or boss fights or art direction or whatever. It's an experience you can't pick apart pieces of. It's the kind of masterpiece everyone should play, because even to this day, it is one of the most profound stories in the medium - and one which couldn't be told nearly as well in any other medium. It was special to me as a kid, and it's special to me now.