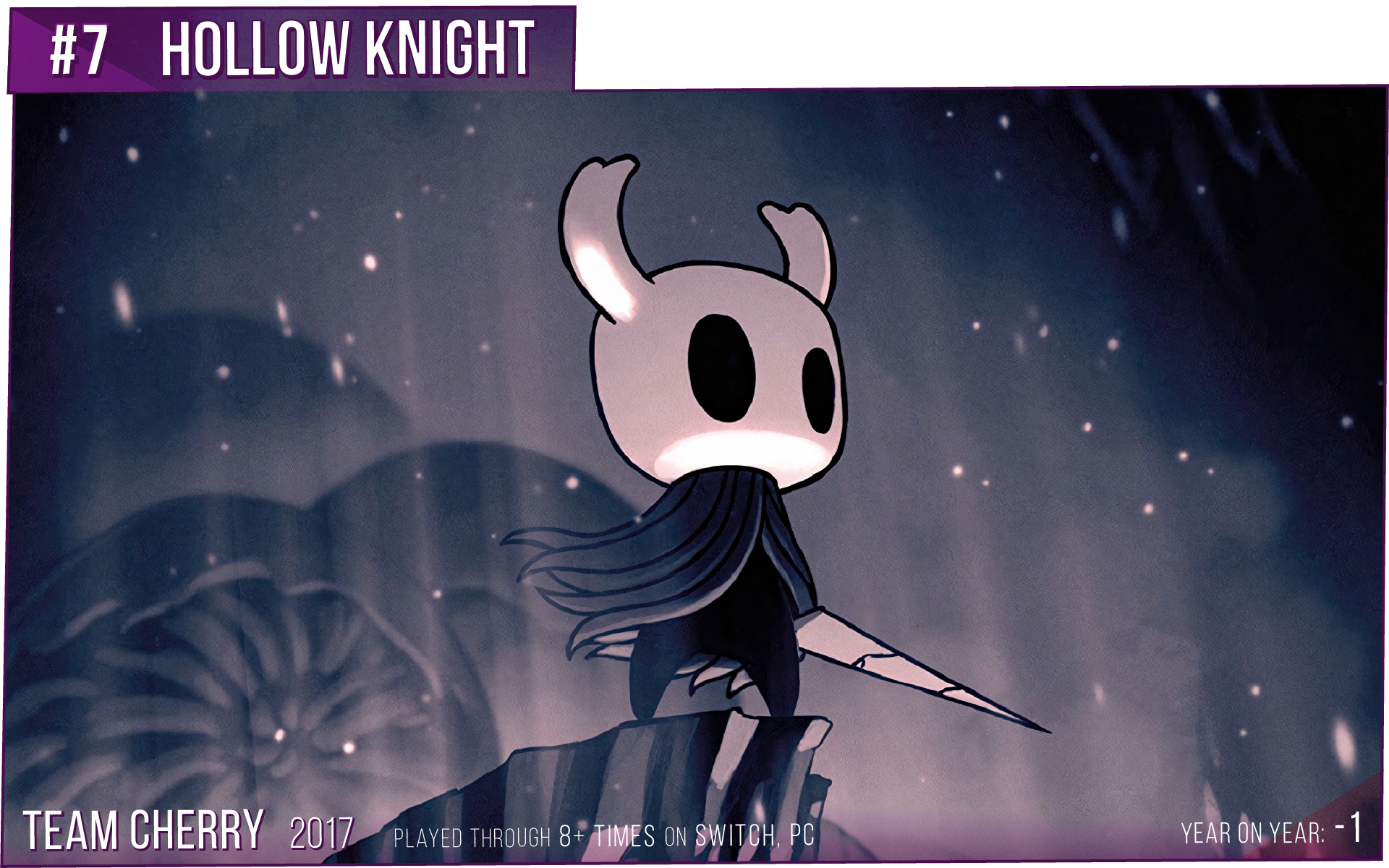 An undisputed masterpiece. Not really much else you can say about it - it's not every day that a game comes along and becomes the new defining Metroidvania, dethroning the very games that named the genre, but Hollow Knight did that. It's the first game that comes to most people's minds when you mention this genre, and for good reason.

Everything it does is great. It has a robust and complex map filled with exciting things to uncover everywhere, and it seems to keep going deeper every time you think you've seen it all. It, just like Breath of the Wild did for open-world games, doesn't push any content towards you, knowing full well you will be interested in exploring and learning new things by yourself. It has a very simple to learn, but awesome combat system with unique mechanics and lots of amazing boss battles that take full advantage of all your abilities. It drops you into its world without any context, but it will give you lots of interesting lore and worldbuilding, and even a great narrative, the more you invest time into it. And on top of all that, it also looks beautiful and has a wonderful soundtrack.

The closest thing Hollow Knight has to an issue, is its often annoying fanbase, which I suppose happens with every game that gathers a large following, but that's not exactly the game's fault. It's a bit of an inevitability when your game is this good. But seriously, it's hard to think of anything the game actually does wrong. I'm sure there's something somewhere, but for the most part it really is flawless. Which is not the worst thing you could say about a game.