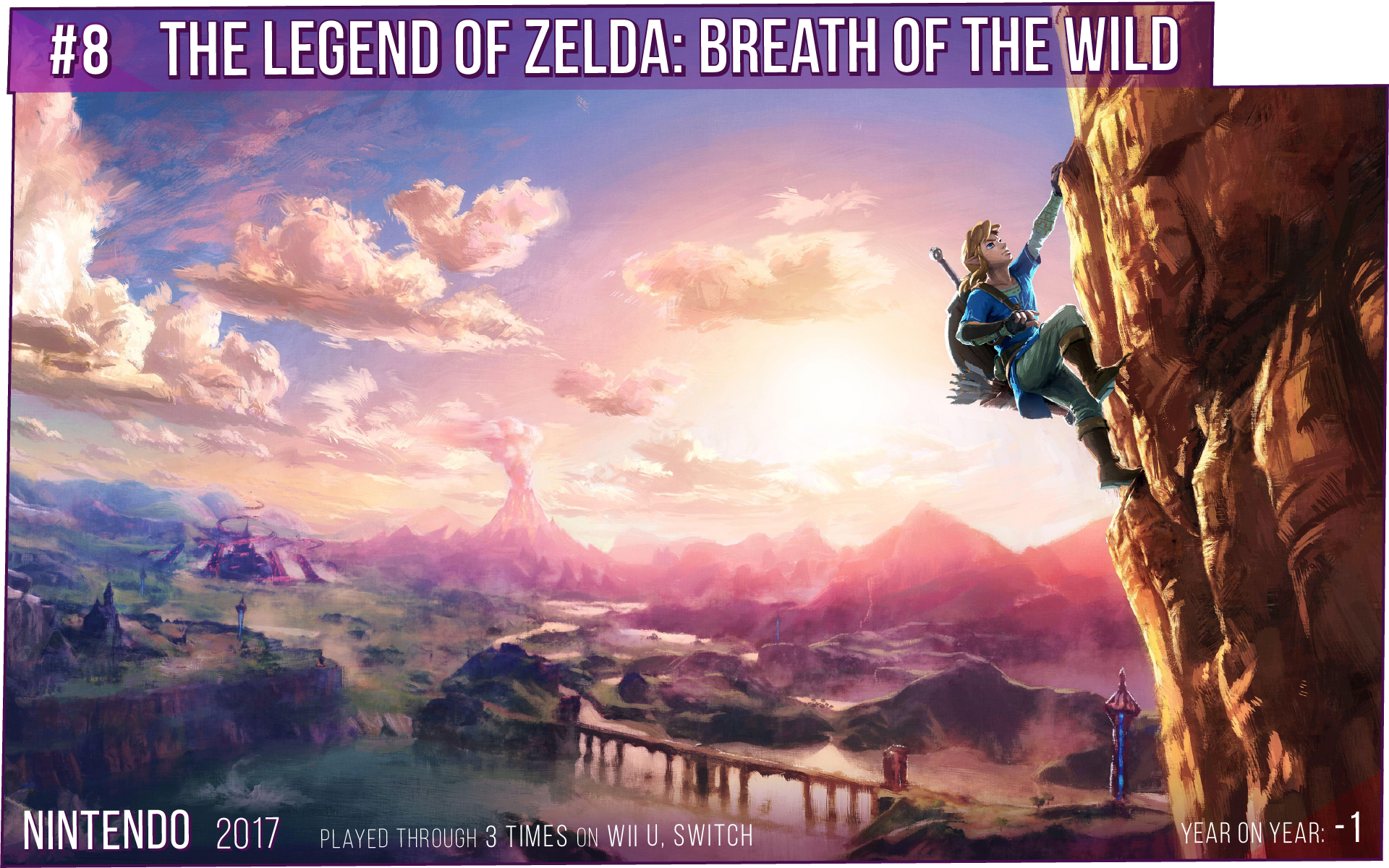 What's there left to say about Breath of the Wild? It was a groundbreaking title for the Zelda series and is a landmark in the entire gaming industry. One of those where just about everyone knew even before release, this game was a big deal. It had an impact the likes of which we hadn't seen in a very long time. It single-handedly turned Zelda into arguably Nintendo's biggest IP. Hell, it single-handedly made the Switch a success to begin with. In the near 5 years since its release (holy hell time flies), I've yet to meet a single person who's played this game and didn't love it. Whether they've played all or none of the Zelda games beforehand, even people who barely play games at all, it doesn't matter. Everyone loves this one. It's no wonder it wins this event every year.

In the end, probably the biggest reason why people have so much fun with this game is the sense of freedom it gives you. That idea of player agency is what made open-world games popular in the first place, but it's rare that a game actually delivers on its promise of open-endedness. The players will always find ways in which the game world or mechanics are limiting their expression - or sometimes even the story progression in itself. That's the thing with Breath of the Wild. It goes beyond the open-world trope of "you can go wherever you see", allowing you to do just about whatever. And not in a way where you press a button to trigger a special cutscene or event or whatever, it's all right there, built into the core mechanics of the game. Then add to that the sense of discovery, of how beautiful this world is to explore and how little the game guides your hand through it - in fact it doesn't make any effort to push content on you. It just has total confidence that you'll be interested in it, and indeed you will.

When you look at it more coldly, Breath of the Wild does actually have flaws. In fact it has a lot... But somehow it feels like a flawless game anyway. It's how somewhere within its ridiculous ambition and scope, it has such a clear and defined identity. It only wants to be itself but at the same time it knows exactly how to please just about everybody. I can only hope future Zelda games continue to be as special as this was.