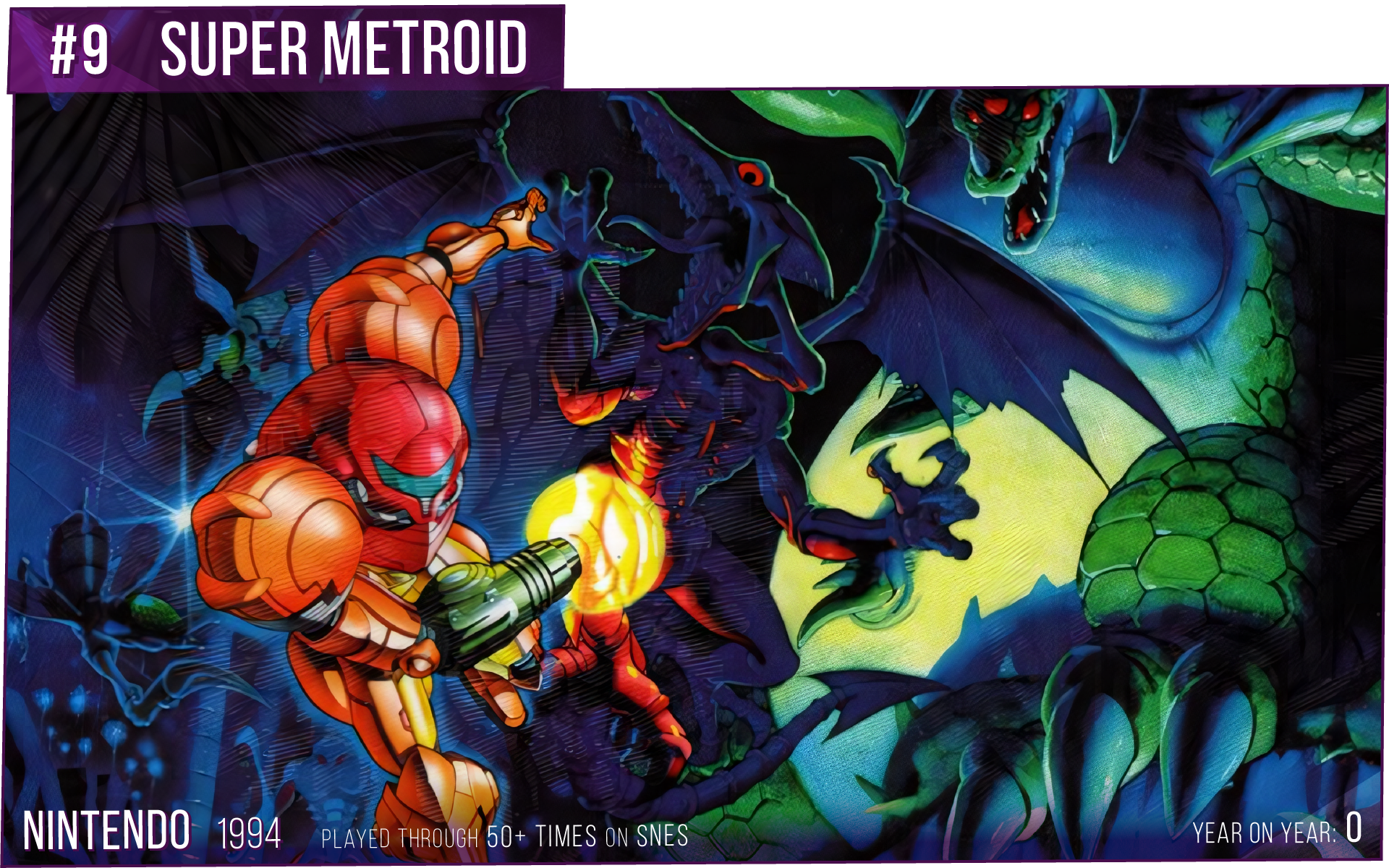 It speaks volumes that this 27-year-old sidescroller still has a more immersive atmosphere than most games made today. Certainly something you can't say about many games from the 20th century, but Super Metroid is something special. It's one of those that sucks you in from the moment you boot it up. One of those where you see the title screen for the first time and already know it's gonna be legendary.

I mean... there really isn't much left to say about it. Everyone knows this is a masterpiece. It isn't often that a game this old remains the best in its series, never mind a series as consistently great as Metroid, but this game is that. It's the intense ambiance, with its somber music and breathtaking pixel-art visuals. It's the wonderful story, that makes you care about an infant deadly alien without ever using any words. It's the controls and gameplay, easy to get a hold of but ridiculously deep when you begin to understand the mechanics to their fullest. It's the wonderful level design that guides you so effortlessly through a somewhat linear path without ever forcing you in any direction - a path you can break very easily if you know what you're doing. And the game knows you'll try, and it feels like it even wants you to. In Super Metroid, there's this wonderful little sub-plot going on between the player and the developers, like one is trying to get the better of the other at all times, but in a completely healthy competitive spirit rather than trying to shut each other down. There's really nothing out there like it.