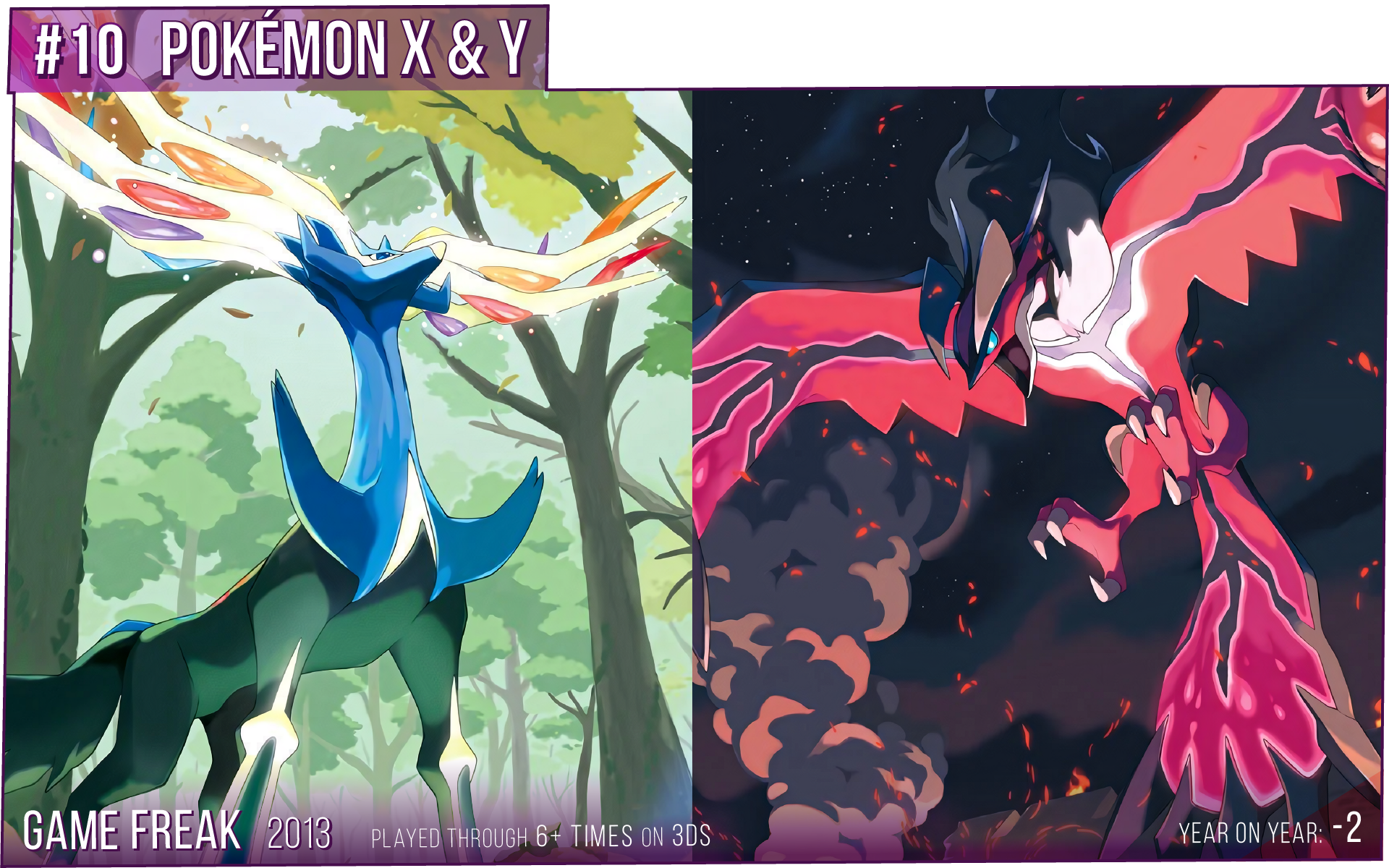 This is one I'll cherish forever as one of the most special experiences I've had playing games. It started with the reveal trailer actually, still remember being blown away watching that and then subsequently counting down the days throughout 2013. Every night that year I would find myself thinking about just how badly I wanted to play the new Pokémon games. I watched E3 for the first time because of them, which also led to me eventually getting a Wii U, but that's beside the point. I remember rushing into the store on the morning of October 12th, grabbing my copy of Pokémon Y, and shedding a couple tears upon first booting the game up. It was too much hype, really, but I did try to at least control my expectations. Those were surpassed easily, though.

It's like... I just can't put it in words. I know this game doesn't mean that much to most people, but at least to me, it's just a magical experience. There's something about the Kalos region, or maybe it's the gorgeous soundtrack, I'm not sure what it really is, but it's the kind of game that feels nostalgic before you even play it. This back then felt to me like the Pokémon game I always dreamed of. The monsters looked beautiful in 3D, and for the first time I felt like the game acknowledged the connection I felt to them, allowing me to train them properly to become (almost) as good as competitive-bred ones, as well as allowing me to pet and play with them. It had a fantastic online system that allowed you to easily battle or trade with anyone. It was filled with QoL improvements, with really snappy and easy to use (and good looking) menus, and a dramatically sped up battle system. And as for the new content... the 72 new Pokémon are my favorite roster quite easily; the Kalos region is breathtakingly beautiful; the story, while simple, was charming and even thought-provoking; and the soundtrack, god the soundtrack, I can't even put in words how good it is.

The thing is, as any good Pokémon game, X & Y is like many games in one - it has the linear campaign, and the world you're trying to explore, as well as the post-game timesink stuff and the online trading, and competitive aspect. There's so much going on, but unlike other Pokémon games, here it all feels like part of one cohesive whole. Everything comes together in a way that feels natural, and as a result the game becomes much more than the sum of its parts. It oozes charm. I don't know what didn't do it for most people out there, but that's not my problem. X & Y were beautiful.