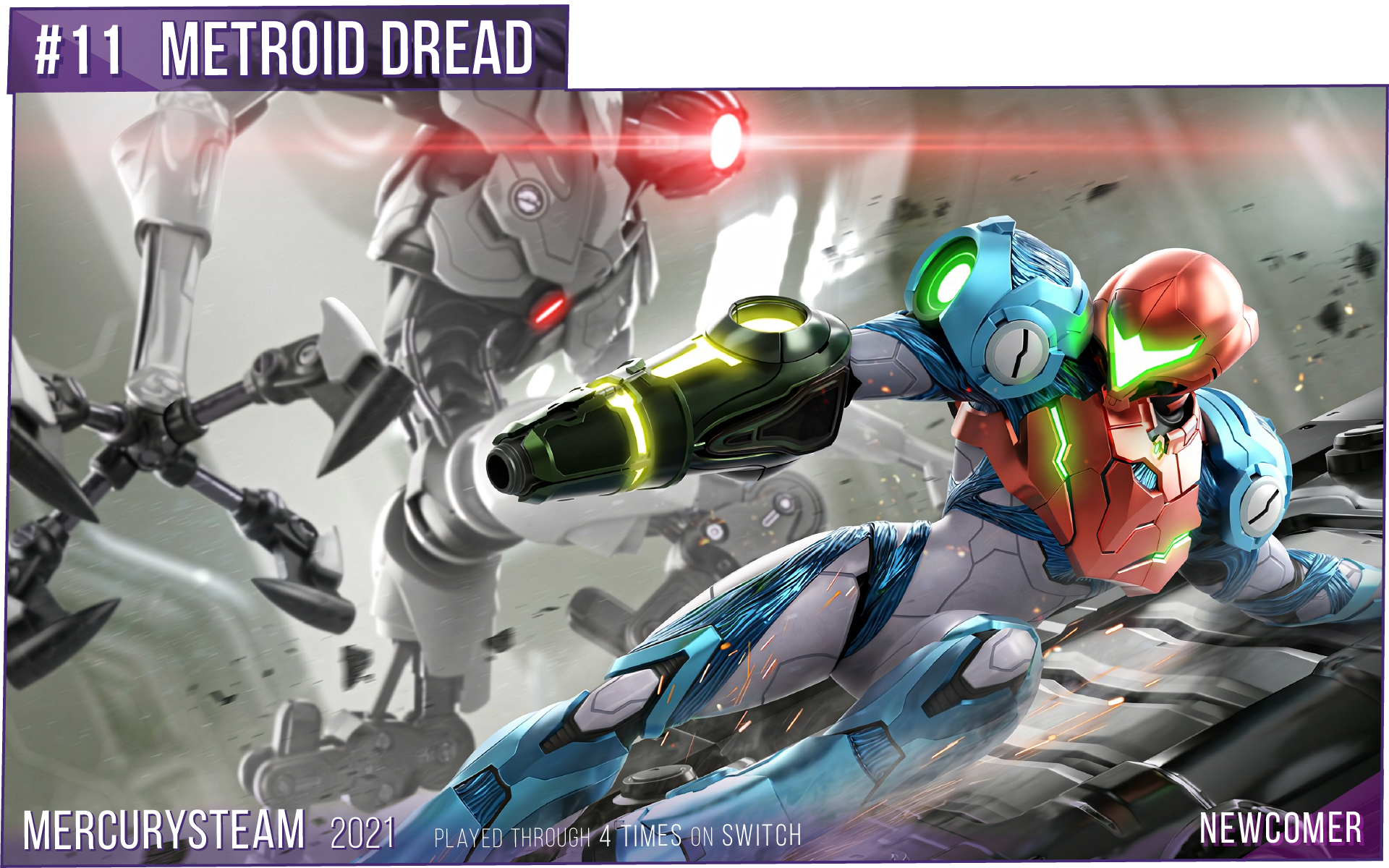 Is anyone quite over the fact that this game is real? I'm not sure I am.

Anyways, here it is. Metroid Dread. Where to start... I think the most impressive thing about it, is that despite the 19-year gap since Fusion, the game still feels like a genuine and organic sequel to the series. Too often when franchises go dormant like this, they return with a nostalgia-heavy entry that is clearly shaped by pre-conceived ideas that people have about the old classics, and ultimately has no idea what it wants to be. In fact, to an extent that had already happened with MercurySteam's previous effort, Samus Returns, which despite having the excuse of being a remake of a Game Boy classic, was too focused on fanservice and played things way too safe. For that reason, even more surprising than the game's reveal was how fresh it felt once released.

This game blew me away in nearly every way. It takes the best elements from all the previous Metroid games - Zero Mission's style of sequence breaking and complex puzzles; Samus Returns' movement and breathtaking bosses; Super's expansive world design that keeps recontextualizing areas you've been to; Fusion's narrative focus and nemesis system - mostly everything's there and better than ever, but at no point does it make Dread feel like a compilation of old hits. It brings the whole story together in an fantastic way, giving us not only a proper conclusion to the Metroid/X saga from Fusion but also interactions with living Chozo - getting to explore a homeworld of theirs was super exciting, never mind actually interacting with some of them. That was 35 years in the making and the pay-off was very much worth it.

It's really hard to put this one in words, and it's similarly hard to feel like recency bias isn't having a strong effect on it, but at the same time, Dread already feels like a timeless classic. I thought of it as the best ever Metroid game upon beating it for the first time, and while I'm still unsure about that claim, it's amazing that I even thought of saying that, given how good this franchise's best games are. Let's hope it's the start of a new golden era for the series.