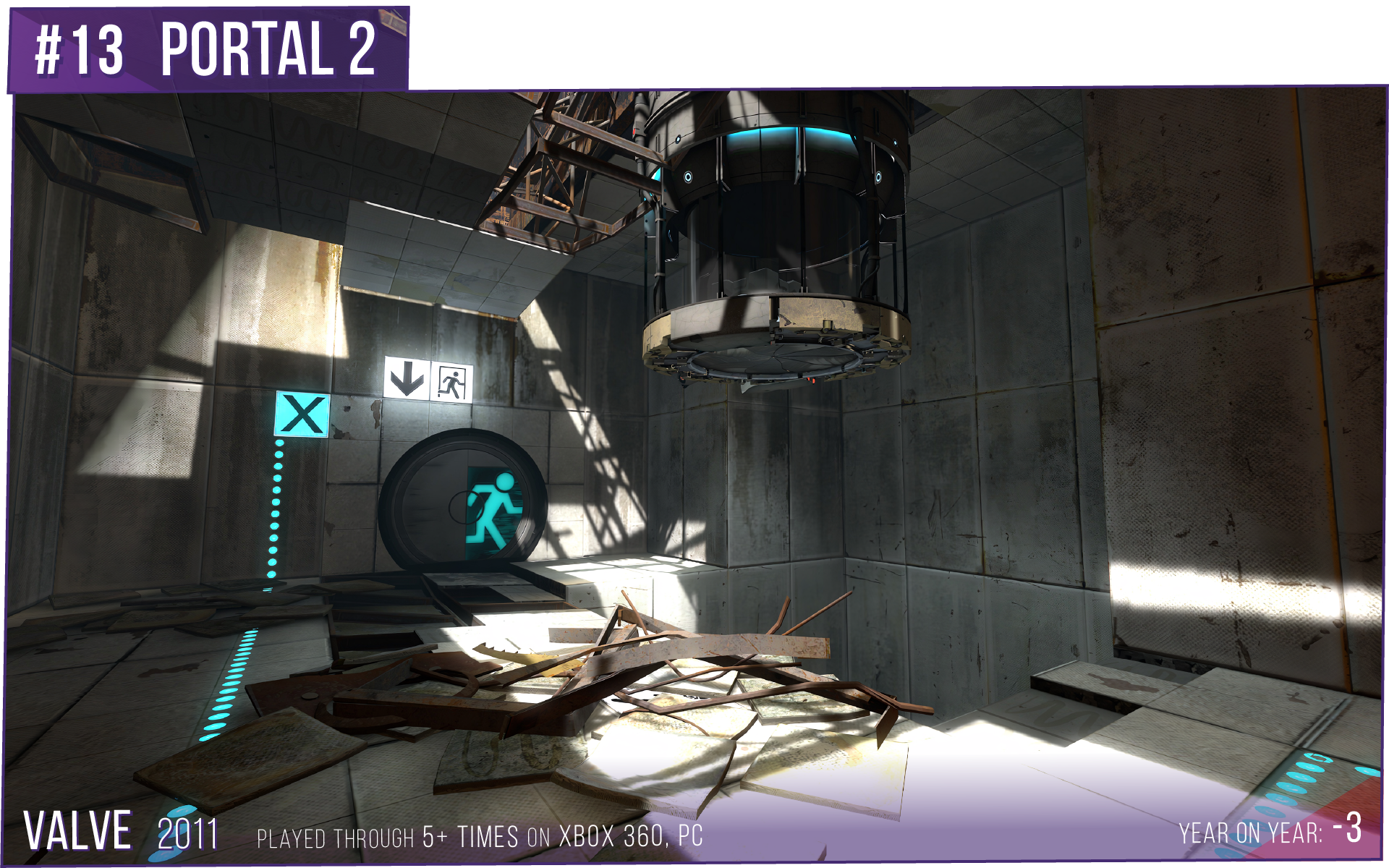 A great game all around. I don't think this is one that needs too much explaining, sometimes it feels like everyone's played it and definitely everyone loves it. Except probably a few people who don't, but anyways. It takes the first Portal game and expands upon it so well - giving the player the double portal gun early on makes the puzzle-solving really interesting throughout, and from then it's just a proper immersive game with a great soundtrack and atmosphere, and a pretty cool story too. Never mind the awesome co-op campaign, or the level editor where people go wild. Heck, I still have to play that new mod where they got the time portal (because yeah of course someone decided to make a whole new game with new mechanics within Portal 2). There's nothing bad to say about this one, it's just fantastic all over.