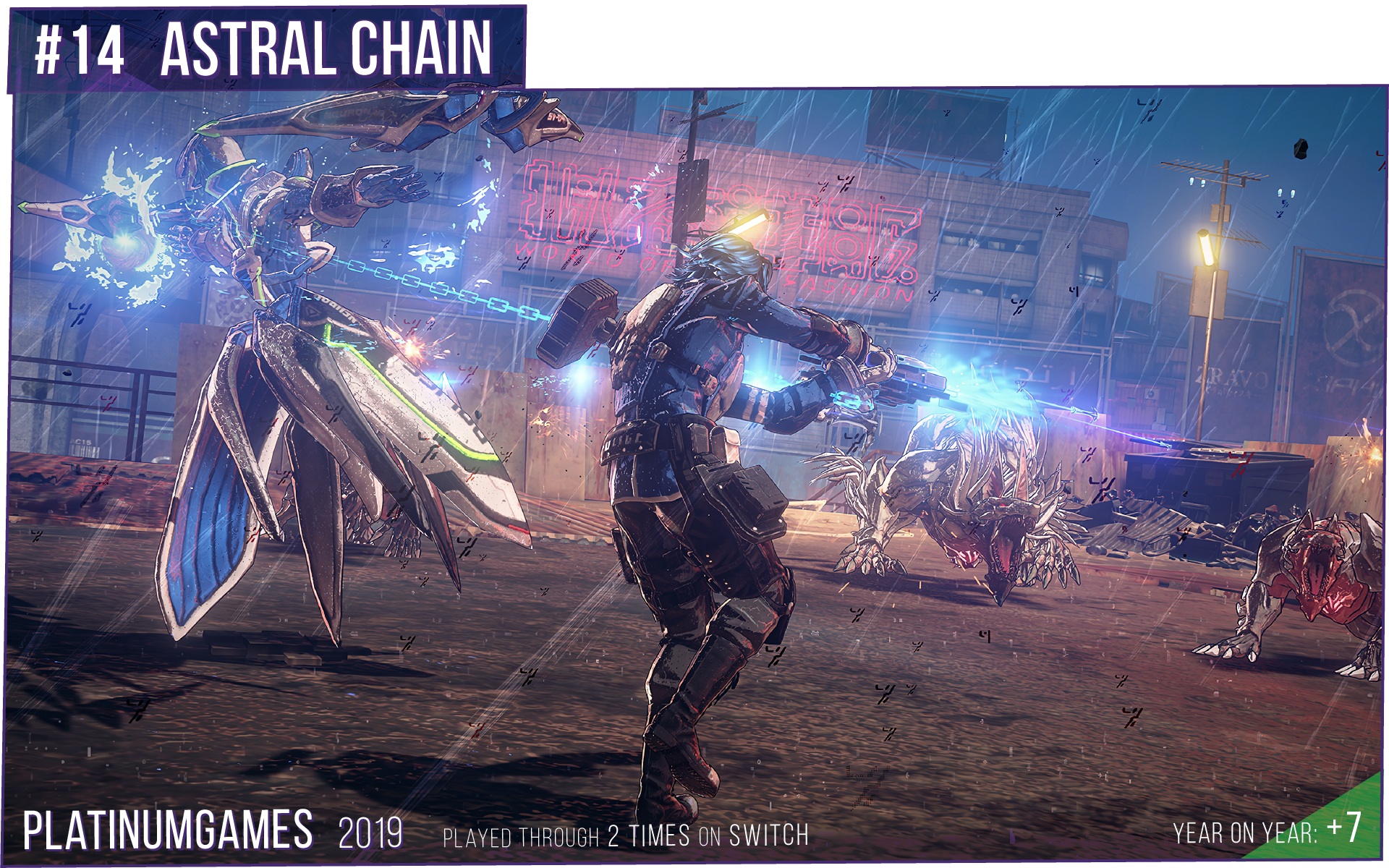 Last December, I said I didn't quite know why I hadn't gone back to this game yet. I still don't know why that was, but I fixed it right the following January. I replayed through the game on Pt Standard difficulty, and this time felt confident enough to tackle the post-game missions and eventually got through them all (just gotta get S+ on Ultimate to finish up all the achievements!). What I learned was that... I was wrong about Astral Chain. Sure I liked the game a lot, but I really didn't get just how special it was. It's not quite the biggest rise on this year's list looking at it objectively, but a +7 this high up means a lot more.

It's hard to put in words, really. The thing with Astral Chain is just combat. It's very deep but also easy to learn. It's free-flowing but always keeps you where you want to be. Every single hit you land on an enemy feels incredibly satisfying, never mind pulling off combos, sync attacks, or finishers. All the mechanics combine in a perfect way to make for the most fun and engaging combat system you could possibly imagine. And when you actually get good at it all, and manage to conquer the insane challenges the game puts you up to, it doesn't matter how cheap they might be. Nothing feels unfair because it's always so satisfying to play.

Then you add up all the other stuff. You know, a killer soundtrack, some of the best visuals on the Switch, a fun (if generic) story, and a world that is far more interesting than the plot that's written over it. Then the gameplay still involves puzzle-solving, investigating and platforming, all of which are also quite good. I used to think this game was amazing but it's more than that. I love it.