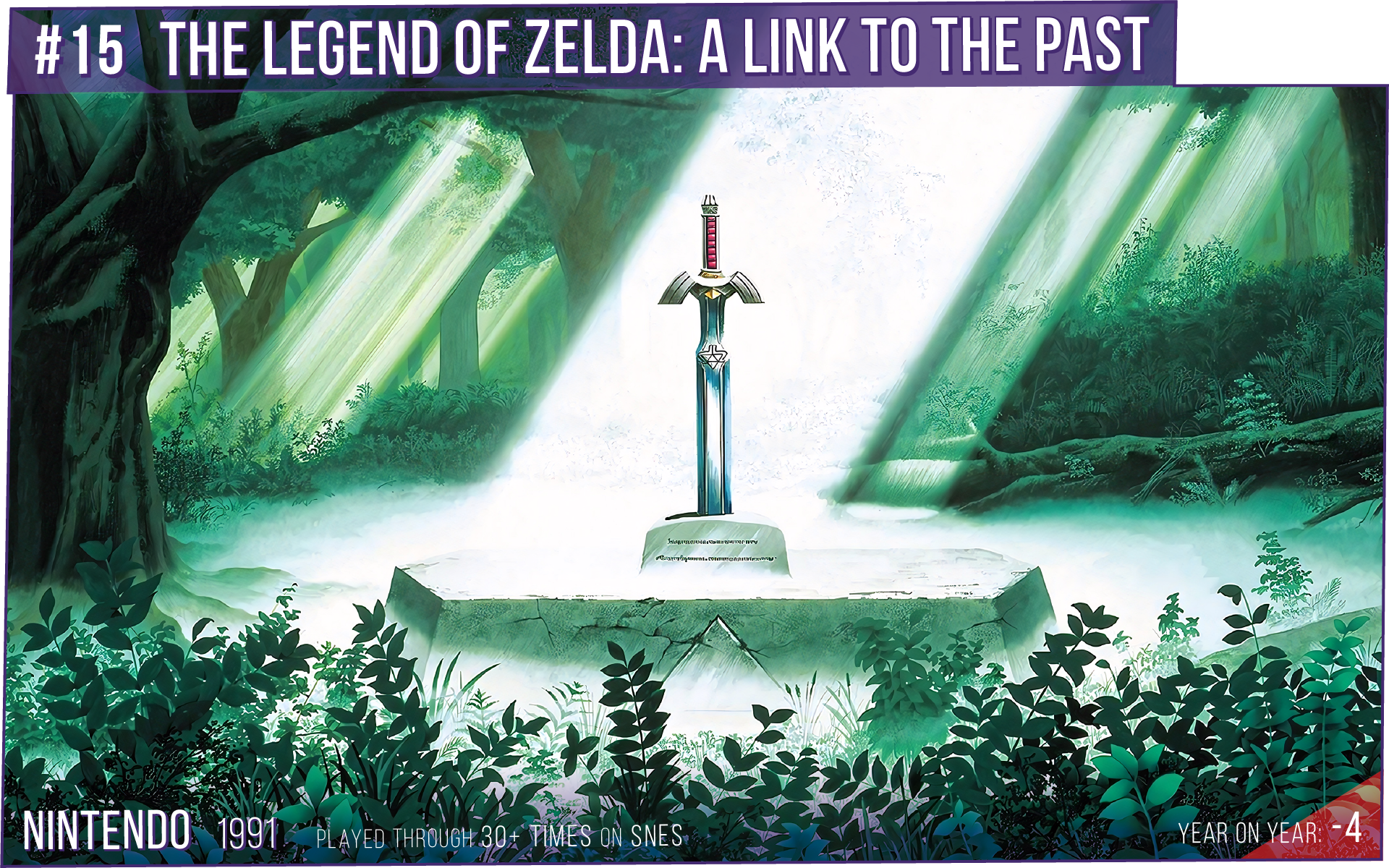 This was my favorite game as a kid, and it regained that status when I finally finished it as a teenager. And after finishing it, I played through it over and over... and over, and over, and over, and over, and over. I didn't understand the concept of getting burned out on something and it was through this game that I learned of it. These days, I never even consider the idea of playing this, I'm really tired of it even after years of not touching the game. It sucks, but hey, I had to learn it somehow. A Link to the Past's remained high on the list for how much it used to mean to me, as well as actually being a near-perfect game, but it couldn't avoid a slightly bigger drop this year since I've been a lot more focused on how I currently feel, rather than how I used to.