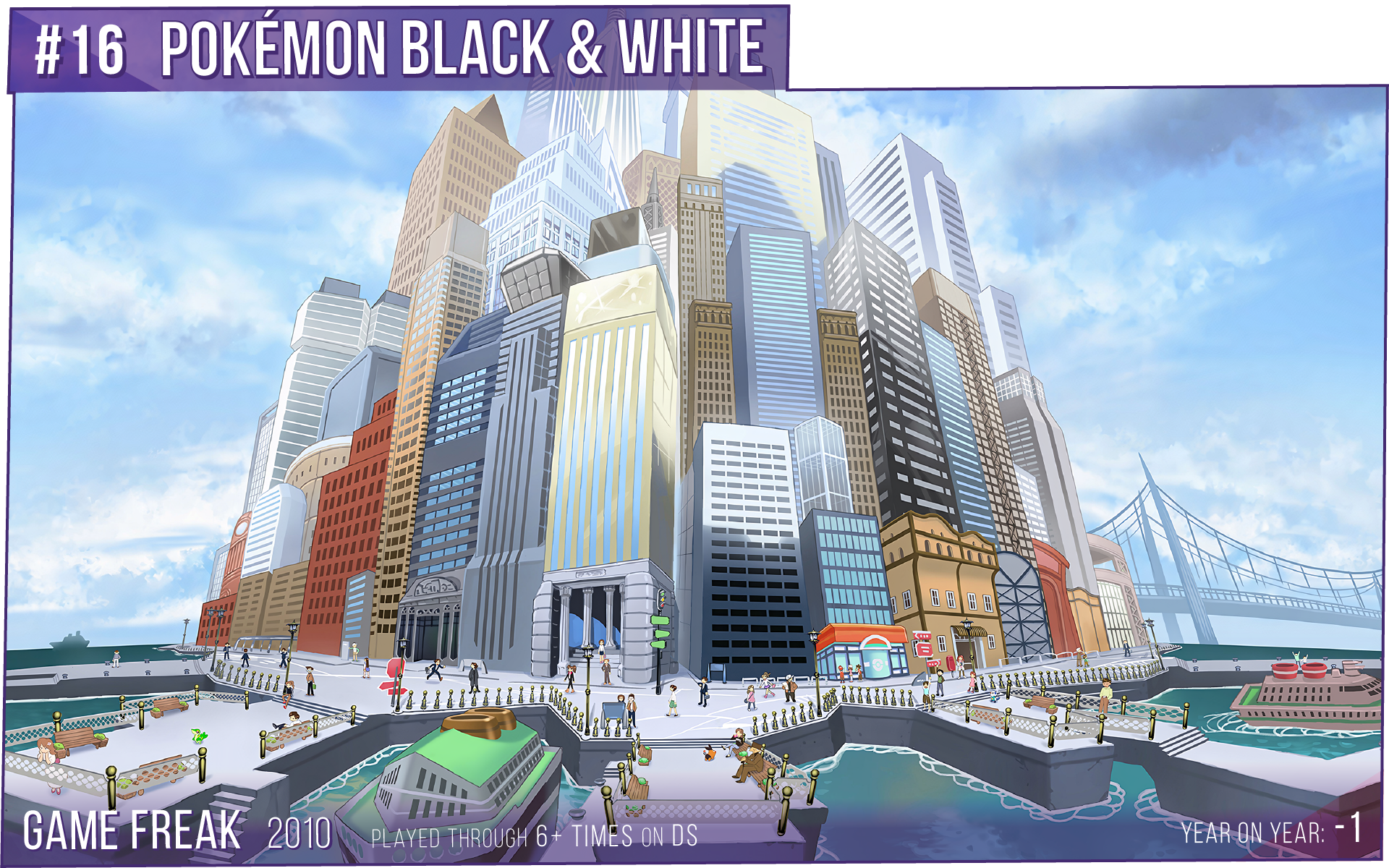 If there's one game that well and truly proved me wrong, this is it. I went into Black & White expecting a major disappointment at best, but what I got instead was a phenomenal game that pushed new boundaries for the Pokémon series - boundaries that were for whatever reason never expanded upon, in fact the franchise has receded since then. From the moment I first booted the game, I knew something was up. It started with a modest "huh, this isn't so bad" and it only kept getting better and better. In truth, I was hooked from the beginning, because the story kicks ass, and the ending will stay with me forever. It dared to try new things with the series, in terms of having new battle modes, featuring exclusively new Pokémon, and changing a few of the narrative tropes that had been done a million times over. In truth, not all of Black & White's changes stick the landing, but most of them do, and it was just refreshing to play something that felt so creative and genuine from a franchise that always plays it safe. This game restored my faith in the series, and even if that faith died for good a while later, there were some nice years in there.