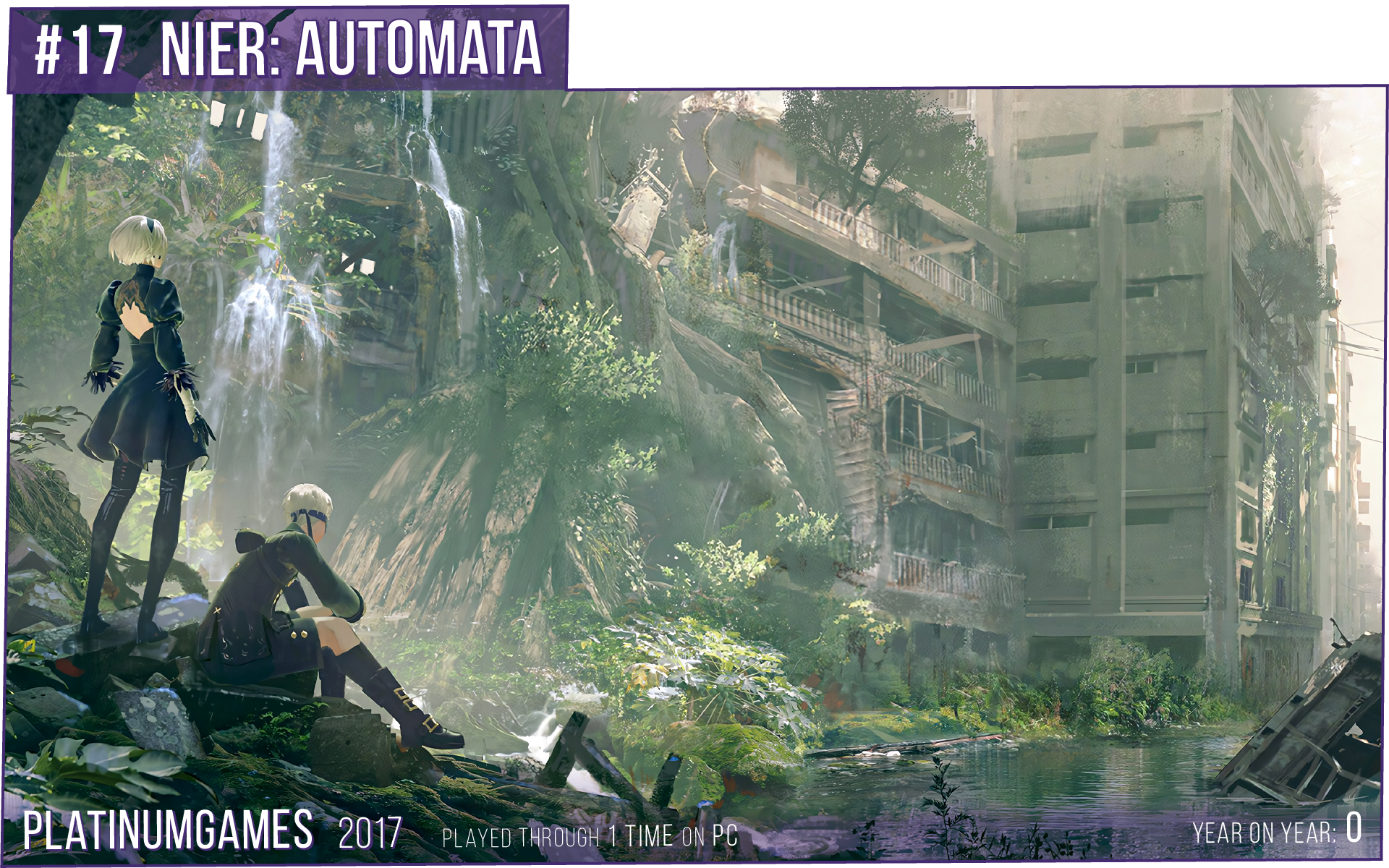 If last year I felt that expectations kinda ruined my experience with this game, this year has seen it just settle in. Sure, it's still sitting at the same place on the list, but I feel like it's a much more 'stable' opinion now - at least for as long as I don't replay it, I can see it changing whenever I do that. I haven't thought about its world or story too often, maybe because I do tend to like more light-hearted stuff, but it's remained a mainstay in my head because of its music. It really has such a wonderful soundtrack, I listen to it very often.

Anyhow, this is a pretty great game. It's got an incredible story filled with relatable and multi-layered characters, a soundtrack that's completely unlike any other you've heard. The visuals aren't mindblowing but I love how they give you a somewhat small interconnected world and have you revisiting areas multiple times, it gives off almost like a metroidvania vibe (though it definitely isn't one). The combat is good as you'd expect from Platinum, but I thought it was disappointing compared to their other games, the bosses rarely felt like anything more than a HP sponge, and the RPG mechanics I feel didn't mesh well with the action mechanics they're known for. I'm nitpicking here, though, it's nothing close to being a flaw in the game. The closest thing to that for me would be when the game takes camera control away from you and puts you in weird top-down bullet hell situations, I never liked that. It's little things and they matter a little, but for what it's worth, Nier: Automata is a truly incredible experience.