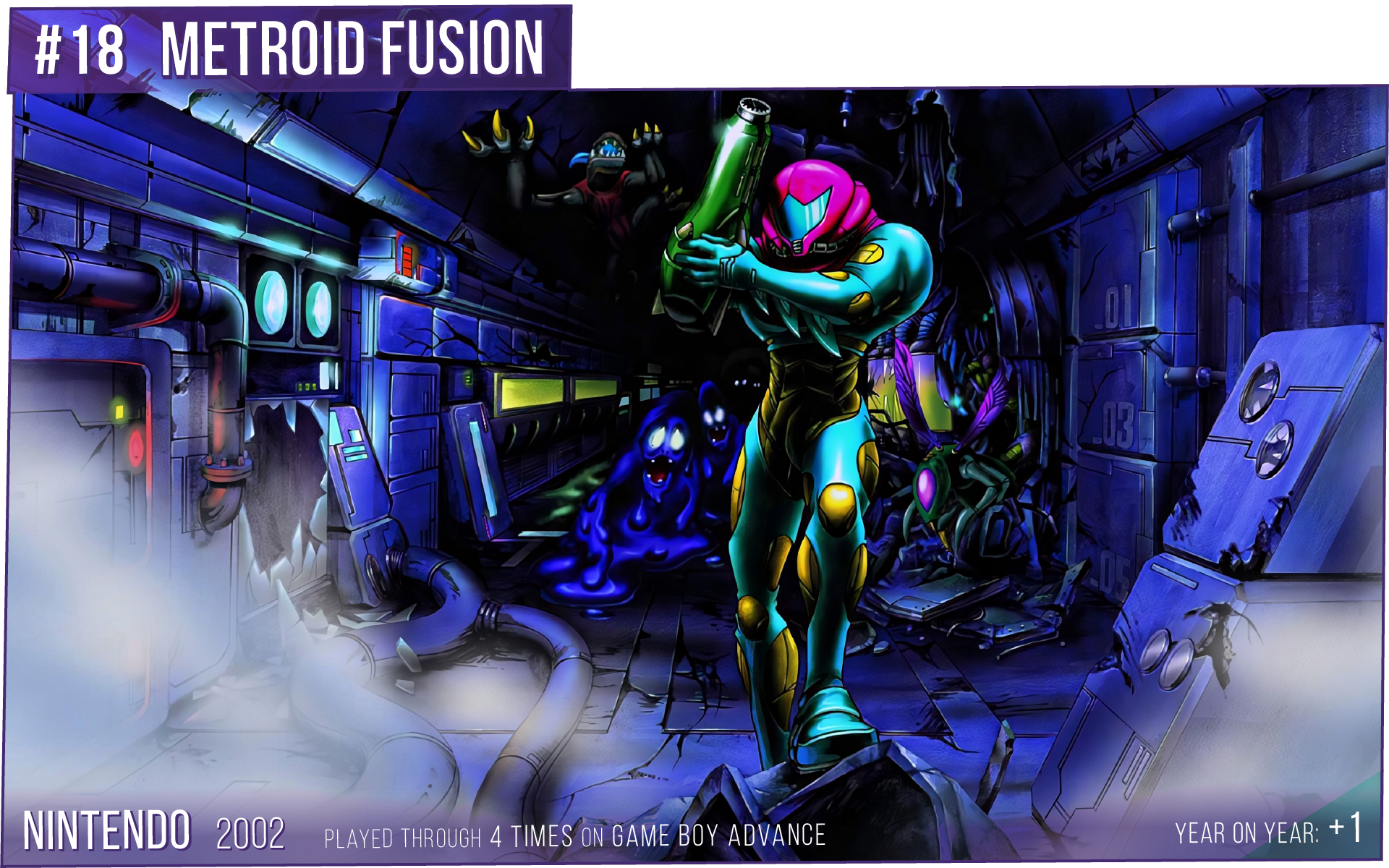 This is a 2D Metroid, which means it's one of the ones I replayed earlier this year, and unsurprisingly for me, it continues to hold up. It's just a thrilling game from start to end. Far more linear than its predecessor, but it takes full advantage of that linearity with an engaging storyline filled with tension all the way through. It has a fantastic soundtrack, and some of the best boss battles in the series. What's more important though, is that even with the GBA's very limited sound, it still manages to create a dark and moody atmosphere that rivals that of Super Metroid - the earlier games didn't have this, not even their remakes. Fusion is full-on tension, isolation, and makes you feel confined. It's fantastic.