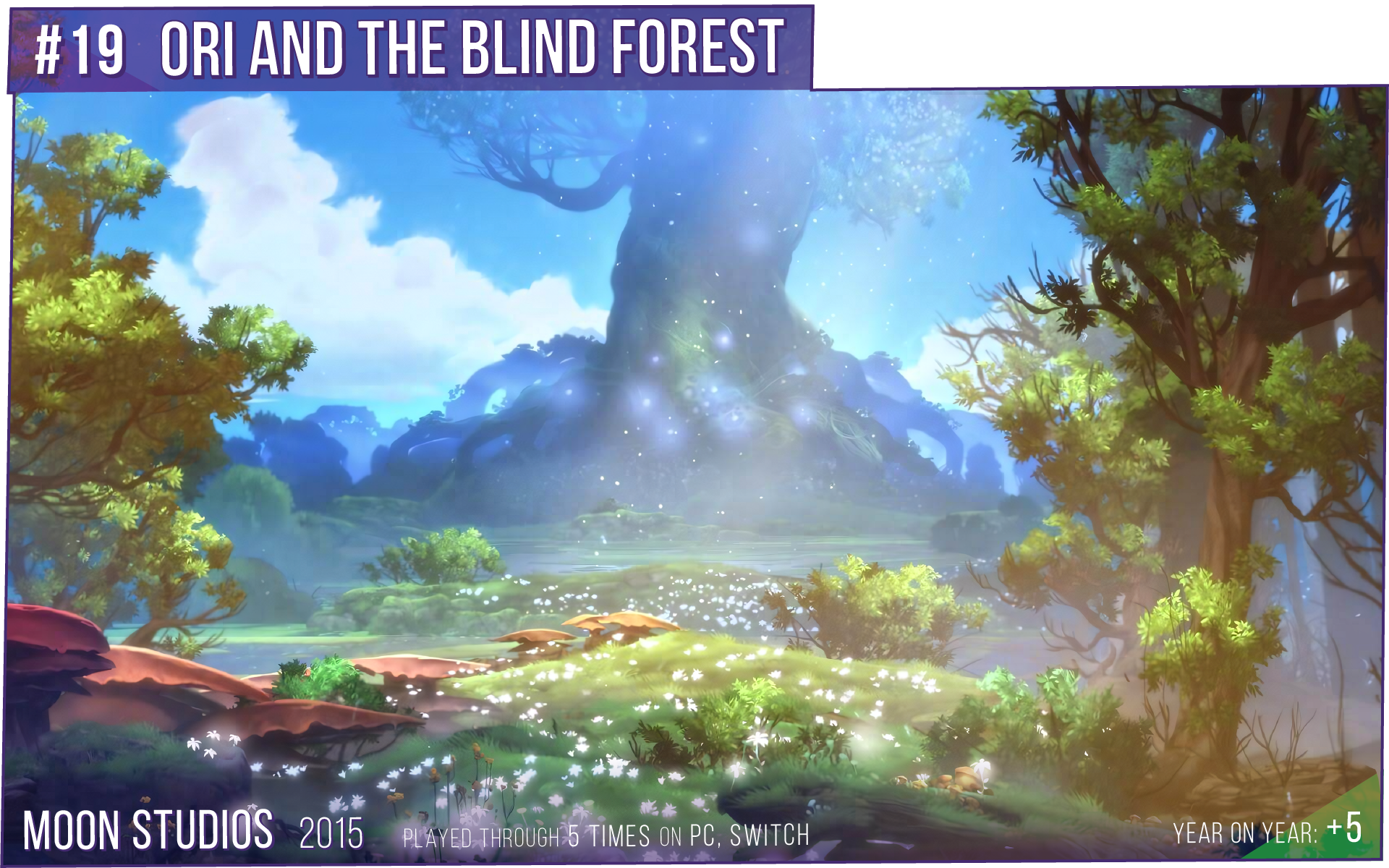 This might not look like too big a climb up the list, but +5 in this part of it is pretty impressive I think, especially considering that it was at #28 two years ago. I'm not sure what exactly happened in those years that made me drop Ori so low - it probably has something to do with another indie metroidvania making me forget a bit about it -, but I'm definitely not forgetting it again after its beautiful sequel. And it's really often that a sequel comes along and makes the earlier game totally obsolete, but while I do think Will of the Wisps blows this game out of the water, it is by no means a complete experience without Blind Forest preceding it. They also differ quite a bit gameplay-wise by the end, so the two games only elevated each other rather than cancelling each other out.

It's no secret that I like things that can cause an emotional reaction in me (that's fancy words for weeping like a baby), and while I do feel like it's pretty easy to get me emotional sometimes, there's actually been very few games that've done it - and nearly all of them are circling around or within this list's top 5. Blind Forest isn't quite in there, but it did have me crying within less than 10 minutes. It's something about the way its storytelling is done, the animations, the lack of words, I really don't know how to describe it, but the characters here are of the kind I immediately cared about. It's such a magic world, everything looks so gorgeous, the soundtrack by Gareth Coker is beautiful throughout, Ori is just whimsical all over and a very special experience. Oh and also it has amazingly good gameplay on top of that, it's no big deal.