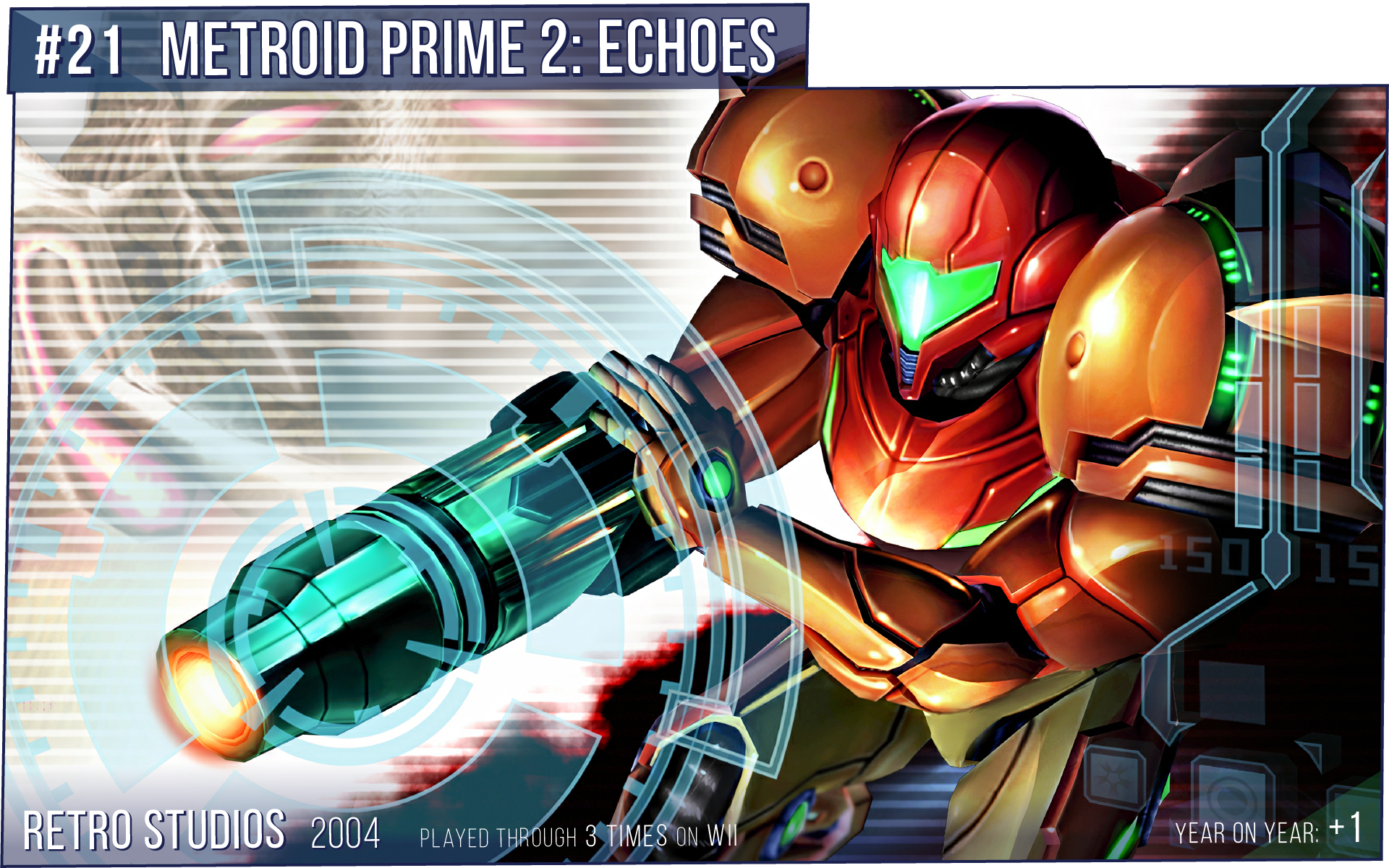 This feels like a bit of a cult classic within Metroid circles - every so often you hear someone talking about how it's super underrated and actually the best game in the whole series. And you know, people have good reason to see it that way. When talking about great Metroidvanias, one of the main qualities people will look at is the depth and complexity of the world design, and ooh boy does Prime 2 deliver on that front. The map of Aether is an absolute nightmare to navigate, filled with ridiculously confusing mazes in even the most basic paths you'll take to get from point A to point B - sometimes it's a bit too much, but for the most part it is one of the key reasons why this game is so awesome. There aren't a lot of 3D Metroidvanias out there, so it's nice that at least one has an insanely complex map like this.

From then on, the game has the qualities you'd expect of the Metroid Prime games: a profoundly immersive atmosphere, helped by stellar ambient music, fantastic worldbuilding and wonderful art direction - but on top of those, Echoes also surprisingly delivers a little bit on the story front. It's not a mindblowing narrative or anything, but it really stands out within its trilogy, seeing as the first game had basically no plot at all and the third game way overplayed the quality of its storytelling. Instead, here in Prime 2 we just get a simple but effective story, that knows how to have a living character you can interact with (a first for the Metroid series, I believe) without getting rid of the feeling of isolation the series is known for. In fact, getting to talk with one of them and seeing visions of some of their ghosts only helped make the Luminoth all the more interesting.

I've commented in the past about how much I dislike the dark world in this game, that hasn't changed. It's a major flaw in the game for various reasons. It's not that I think the game would be better off without it, just that it should've been balanced a bit differently - I do think a bit more time in the oven could've helped here, but it's crazy impressive that Retro could pull a game like this off in under two years. The stuff Prime 2 gets right, it gets really right, and I genuinely think it'd have a shot at being the best ever Metroid game if only the dark world was a bit better. As it stands, it's only an amazing game.