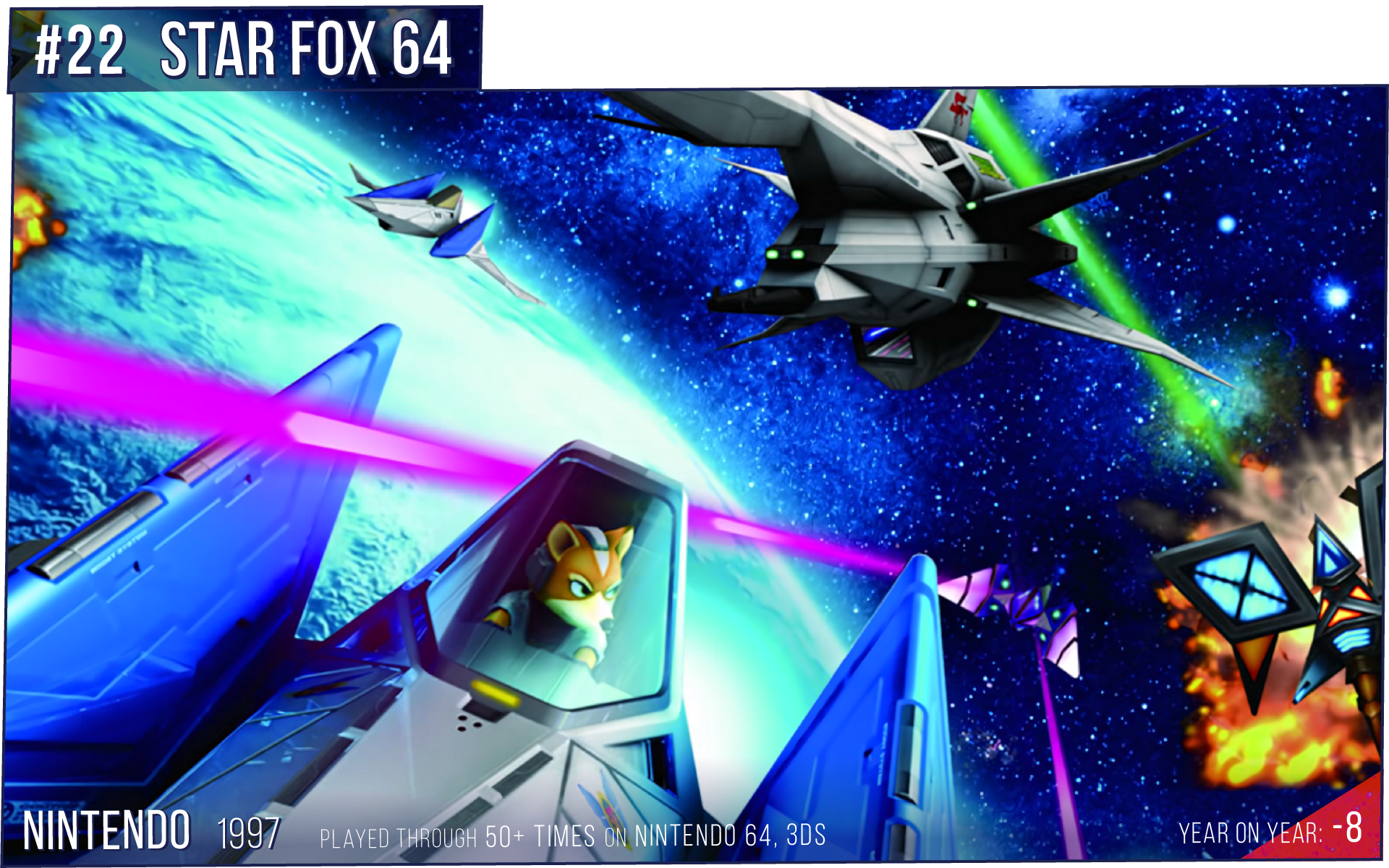 There was once a time when Star Fox 64 was just... It was my thing. It was there to satisfy many things I enjoyed but didn't see much of anywhere, especially in games. I like space. Especially fun space that doesn't take itself too seriously. Like the silly animal characters and their contrasting personalities. On-rails flying shooty-shooty? Love it. I first played this game in 2013 and it was everything I ever wanted and never had. I always liked those arcade plane shooters, but never really had any I could play regularly, and this was exactly that but in 3D and super fun, coupled with it being in space, at a time when the only space thing I was into was Star Wars, and that definitely takes itself way too seriously for my liking.

So as things went, you can see where this is going. A lot of what made Star Fox enticing for me was lessened by the impact of something else that came over my life and hit me like a truck. It had the fun space, it had the colorful cast and talking animals, and it had the spaceship lasers go pew-pew. Back then it was a movie, so Star Fox still held that place when it came to videogames at least, but, not anymore. Hence the big drop (I've said this a few times by now).

Still, there's a lot about this game that is still pretty special to me. I remember playing over 100 hours on the 3DS version to get all the medals on all the modes, an experience that likely burned me out on it forever. I remember beating it for the first time too, and the few times after that where I found the different routes and eventually the true ending, which was really awesome. And I suppose I'll always remember this as the one and only Star Fox game that was truly awesome.