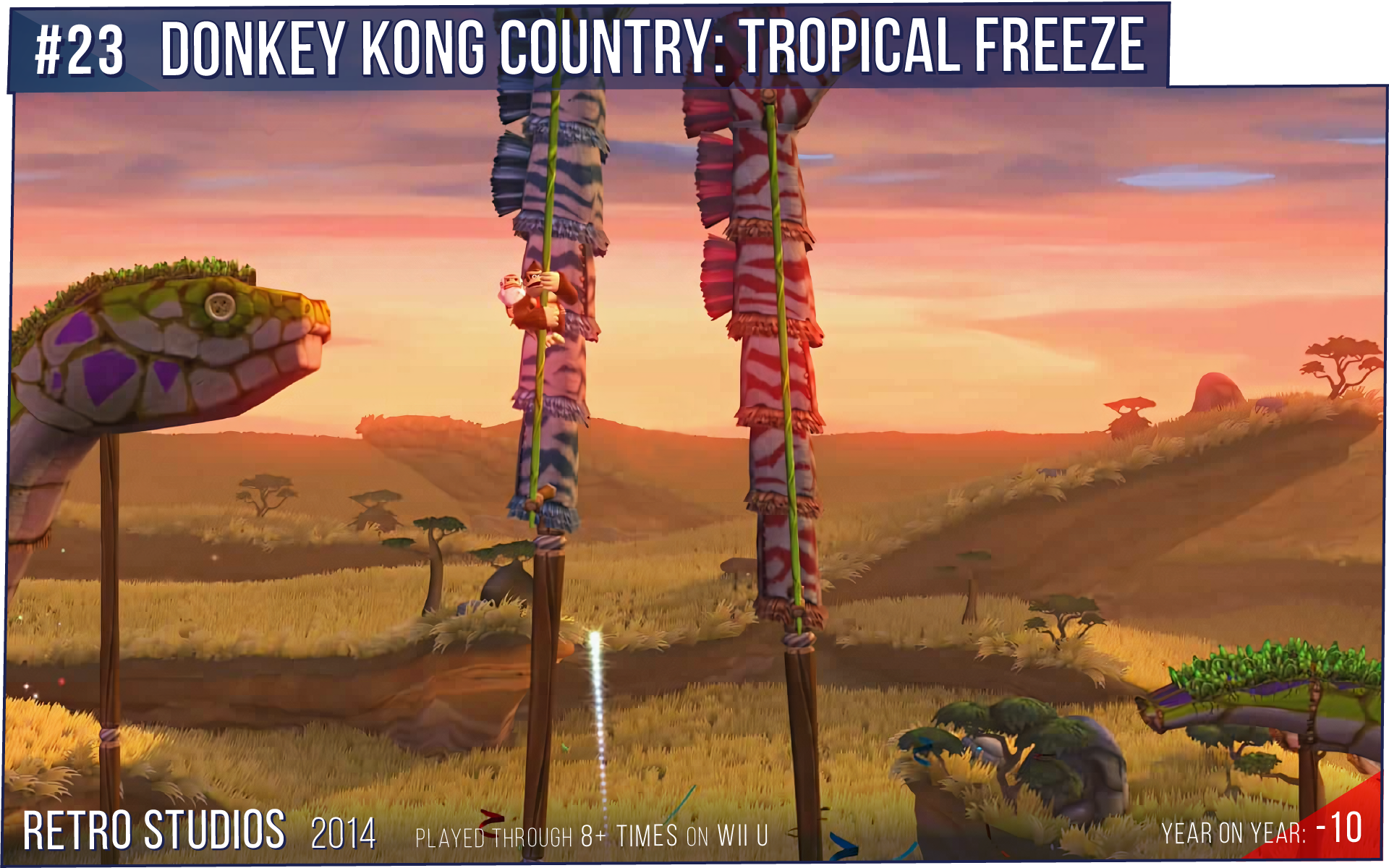 And here's another big drop. This one doesn't need much explaining, I think. I've been putting a lot more emphasis on story lately, and this game doesn't exactly have the deepest narrative. That said, it does still have a really great atmosphere and lots of memorable moments within its level and boss design, and will likely always remain my favorite level-based platformer. I haven't played it in a long time too, in large part because the pricing on the Switch is so ridiculous. But either way, #23 isn't too bad, I guess - it could get back to higher rankings whenever I do replay it, which I kinda feel will happen in the not too distant future.

Tropical Freeze is a really phenomenal game, though. Every level on every world is unique and distinct. Each and every one stands out from the rest with beautiful music, wonderful visuals, and creative level design that usually builds on what was established on the previous level by then adding another twist on top of it. What it also has that many platformers don't, is a real sense of thematic progression - within each of the game's worlds, there's a story of sorts going on from one stage to another, usually delivered subtly through detailed backgrounds or carefully chosen gameplay mechanics. It makes it feel like there's things going on in the worlds, rather than them just being some gamey levels made for you to jump on. The thing is, all these years on, I can recall mostly every stage from this game off the top of my head, complete with the accompanying soundtrack and all. Which is a pretty awesome thing.