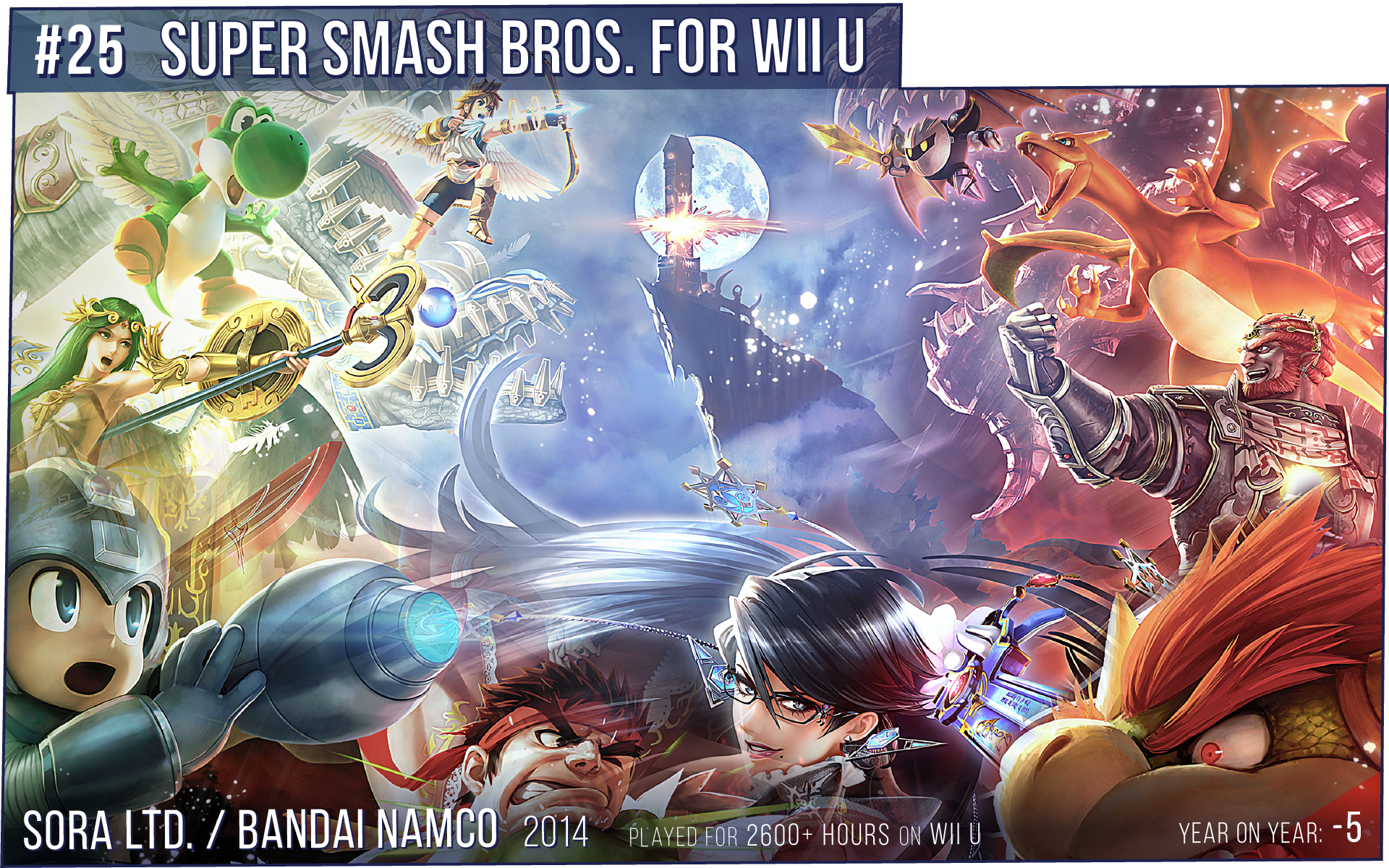 So I commented about how a recent experience with Smash Ultimate made it drop further down the list than it was supposed to, and similarly, I've also had a recent experience with Smash 4. In this case I didn't go as far as changing its position on the list, because playing the game again was just fun. And not even in a nostalgic way, moreso in that it felt like it had never been gone. I thought it'd be awkward to go back to it but it was completely natural.

I got nothing more to say about this game that I haven't already. It made me travel to different cities, meet tons of new people, and make some great friends. I have tons of great memories of playing this game, whether it be at home, at college, at a friend's place, in someone's house on a totally different town, on locals or major tournaments, no matter where it was always a great time. It admittedly got a little bit rough on its final year, but only because support was dropped - where I feel like Ultimate would never be balanced well even if it was updated forever, I believe Smash 4 could've been left on a really good place with just a few more patches that never came. But even as is, it's by far the most fun I had in a competitive game, and brings with it loads of special memories.