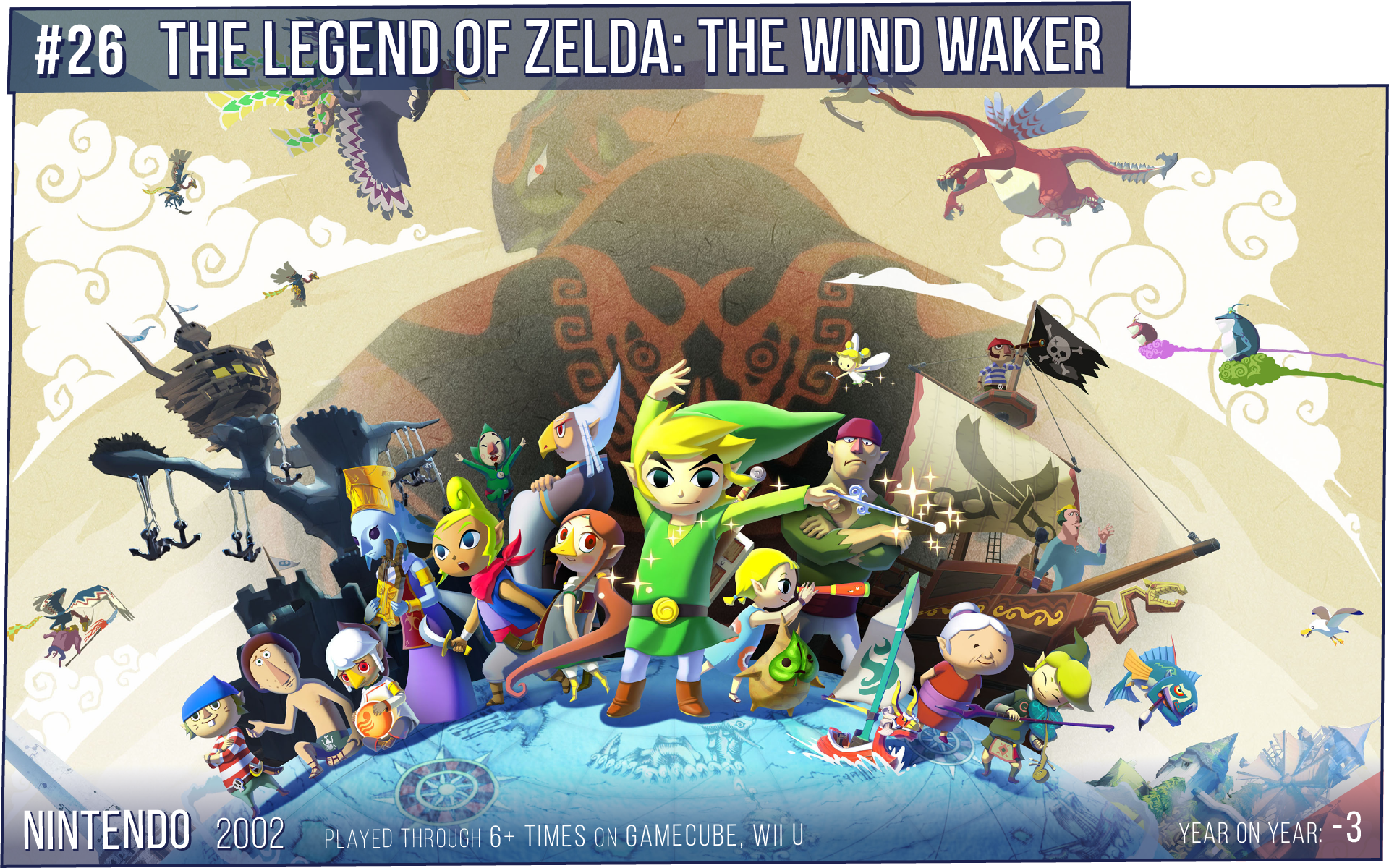 This is one of those games that are just magic. It's something about its presentation, its atmosphere, its soundtrack, its setting, it just has that really special vibe that is completely unique to it. It's kinda impossible not to be grasped by the sense of adventure when playing it. As far as Zelda games go, this one is far from being the most flawless, with lacklustre dungeon and boss design throughout, and in some areas you can really tell that it was rushed, which isn't normal for the series. But it shines regardless of its issues because of its enticing childlike spirit. It's a game that takes you out of reality and immerses you in its world completely, and it's a joy being there.