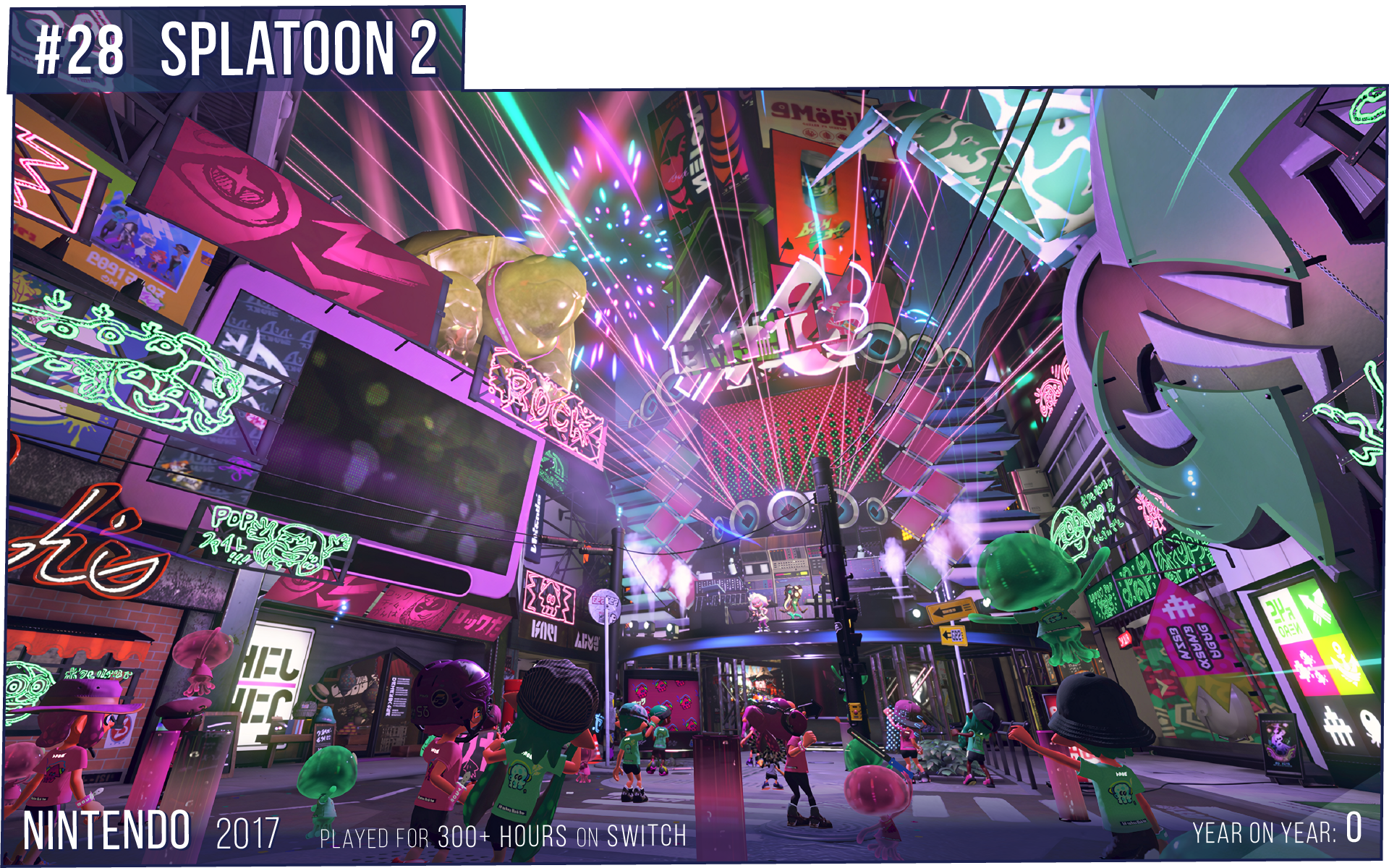 In a year where most multiplayer-centric games fell out of favor on this list, Splatoon 2 holds firm. I'm not entirely sure why that is, given that I haven't really played it in a long time, and my opinion of it I feel has been dwindling a bit, but with this one it really didn't feel right to drop it below some other games. It'd be unfair to what is an incredibly fun game. Maybe it does have something about it that makes it kinda fade in the memory, but it wouldn't be okay for me to go around forgetting the good times of playing this with friends online, the Splatfests, and the single player campaigns. All that said, I do hope next year's sequel takes the series to a new level, even if I don't really expect it to.