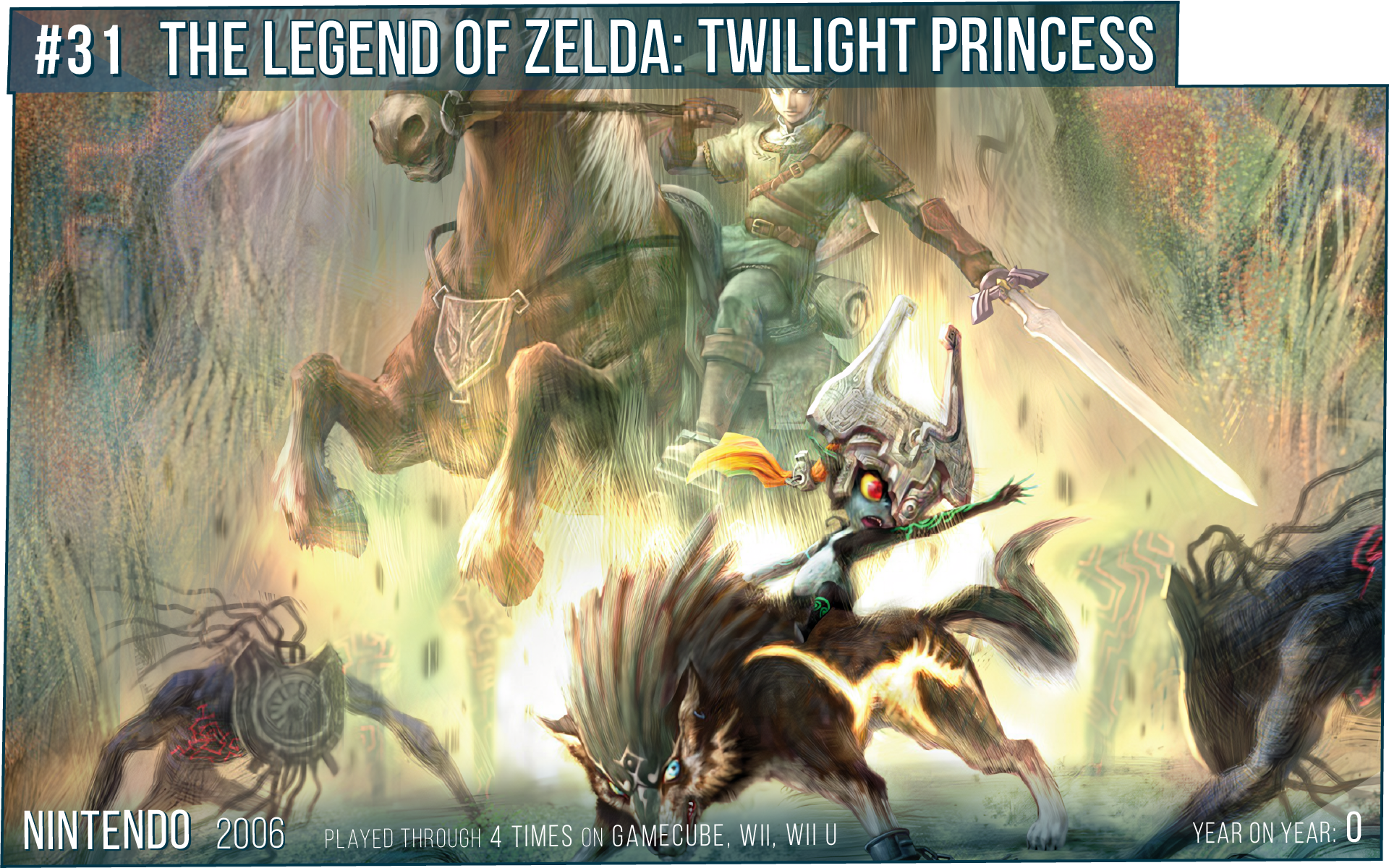 I feel like I've only ever said negative things about Twilight Princess in the past. Not because I dislike it, as it's clearly not the case, just in trying to justify why I thought it's the worst (or least amazing) of the 3D Zeldas. Well, this year it's ahead of Majora's Mask, so I'm not of that mindset anymore, and I'm definitely not in the mindset to criticize this. There's a thing about Twilight Princess that feels inherently 'fake', in the sense that it's not what the game's creators really wanted to make - while I said this many times in the past, I think when looking back now, I'm glad we got this game instead of a Wind Waker sequel. This game played it really safe as far as Zelda games go and it came at a time when the franchise really needed that. Even now, with the games we've gotten since then, none of them really scratch that "classic Zelda but in 3D and not with very archaic N64 graphics" itch like Twilight Princess does. It didn't need to be a groundbreaking game to be a great one.