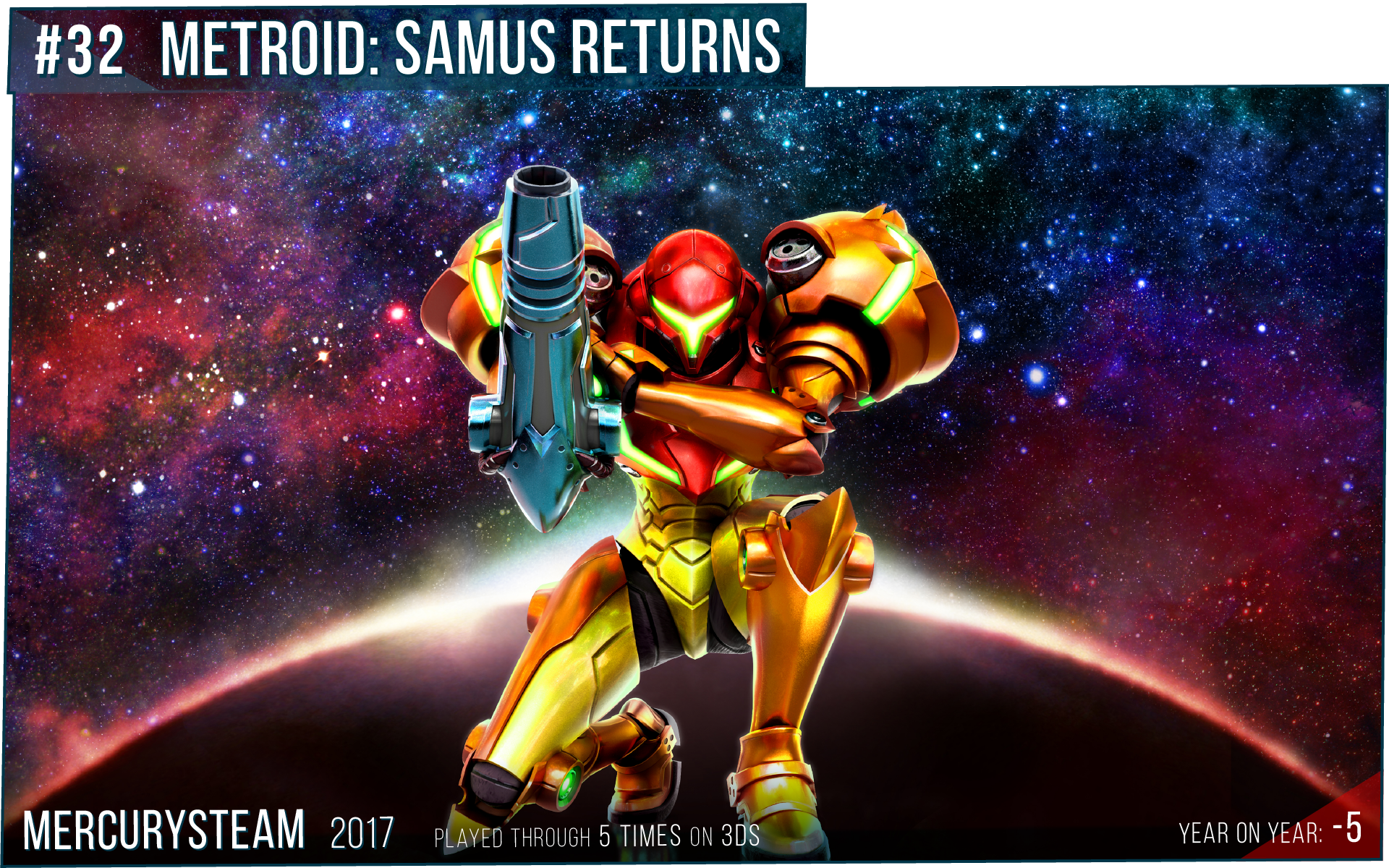 Last year when writing about this game, I said I was clinging on to hope that a Metroid 5 was somewhere on the way. Certainly didn't expect it to turn out like it has, with the game being already out less than a year later! In preparation for Dread's release, I replayed through all the previous 2D Metroid games, and in the case of Samus Returns, I did it twice - the first time was moreso a test run to see if I could get it running nicely on Citra, didn't plan to go all the way but I did. As a result, I'm kinda burned out on it.

Still, it was a fantastic game. Many people dislike it for the nature of the parry system that forces you to stop every 2 seconds, or for how drastically it changes the atmosphere and level design of the original. There's definitely flaws to find in it, but this was a fantastic first attempt by MercurySteam. They modernized the controls and feel of Samus' movement, added a melee attack and cinematics which were a big reason why the boss fights were so much more engaging, and proved that you don't need pixel art to make 2D Metroid look awesome, in fact the backgrounds became far more interesting than ever before. All of that without sacrificing any of the series' essence.

Beyond that, well, it gave us the Chozo Memories. They teased us with the potential of a proper Metroid sequel - it was nice to have hope for a change - and four years on, the pay-off was well worth the wait.