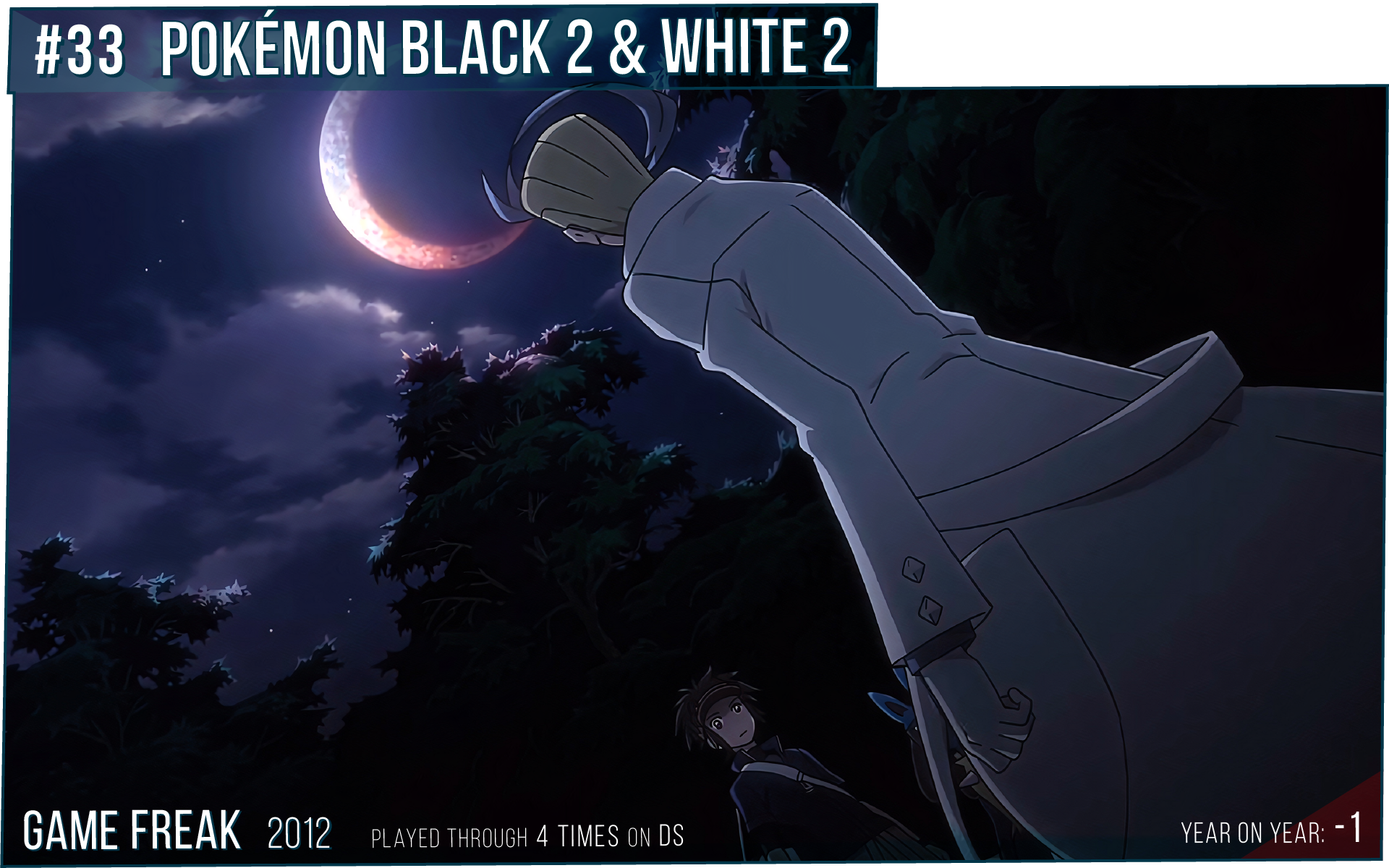 This game just seems to hang around the low 30's on this list. I just realized it actually went up for three years in a row, which is pretty amazing, but those were as equally slight as this year's -1 drop. It's just kinda inevitable. This will always be one of my favorite Pokémon games, but it also has shortcomings that have disappointed me in each of the four times I played it. The former guarantees that it will be on the list, and ahead of games that don't have that kind of history with me, whereas the latter ensures that it can never be too high on it. Thus, the forever low 30's.

About the actual content in here, I've said it enough times in the past - hell, I've been reusing this same image of Colress for the past 5 years - this is a game that shows all the qualities of a franchise that was at its peak here in generation 5, but it misses the mark on the best thing about its immediate predecessors, which is the story. Not that Pokémon games need amazing stories, in fact this one is still among the best in the series, but it is a significant downgrade from Black & White 1 in that regard. That said, it's not entirely a bad thing as it leads to a less guided experience, and it's nice to have a more freeing take on this generation of Pokémon, because everything else about it kicks ass. Soundtrack was dope, art direction was great, the Unova region is filled with interesting characters and overall just a real creative ambition the likes of which we haven't seen from this franchise since. And almost a full decade on, that's a big 'since'.