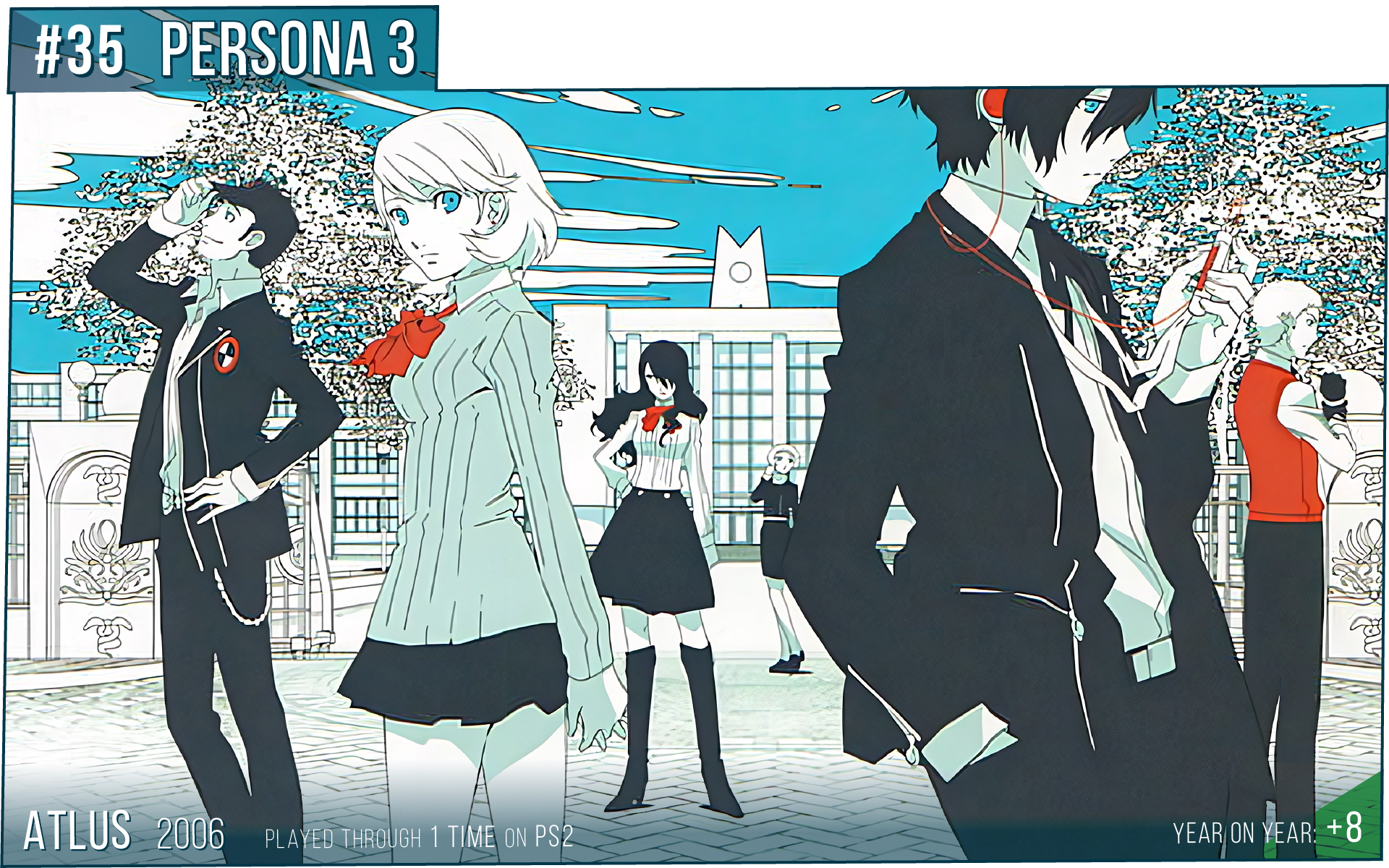 And here's another game moving up quite a bit on this year's list. I'm not sure my opinion on it has changed too much, but its rise was predictable - the longer I go without playing a game, the more I remember it for its story, characters and soundtrack, all of which Persona 3 excels at. Conversely, it sucks at gameplay, pacing, and presentation, all of which tend to be more of an issue you forget about when not actually playing. So nowadays when thinking about it, I reminisce about the awesome characters and how deep its story got in the latter half, with Aigis stealing the show by the time credits rolled after an unforgettable final boss and ending. This game is a product of its era, a showcase in just how much more outdated JRPGs tend to be when compared to other games of their time, but the memories it leaves on you are impactful.