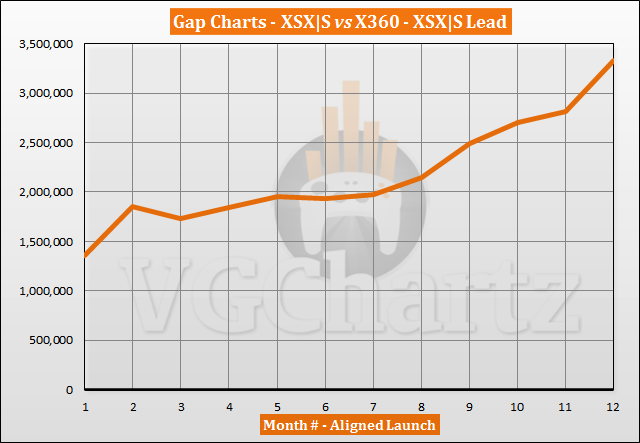 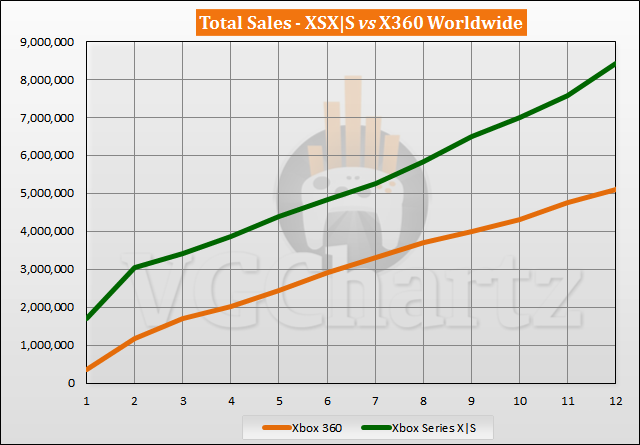 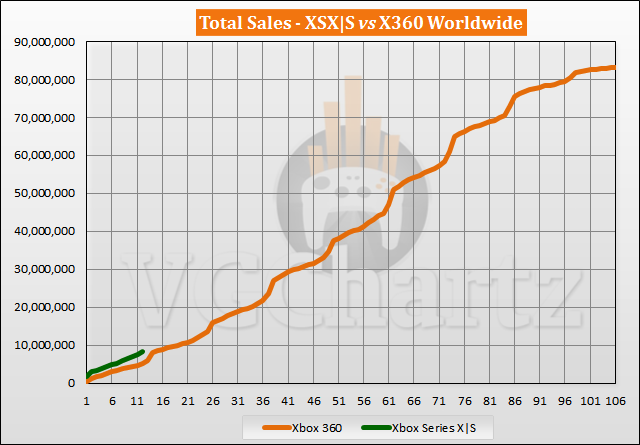 The Xbox 360 did not reach current Xbox Series X|S sales until month 15 where it had sold 8.49 million units.