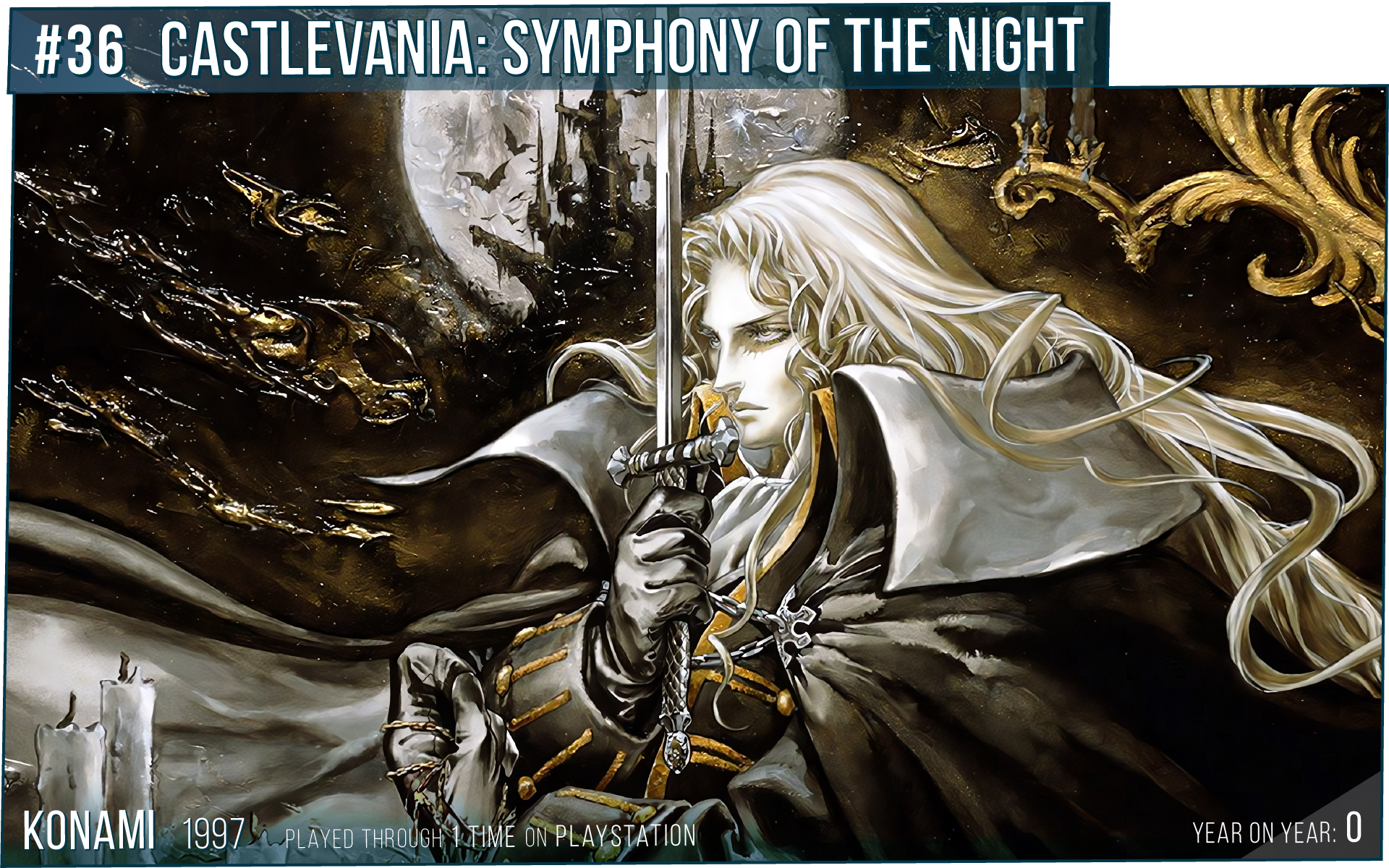 I think it's about time I get into some of the later Castlevania games. It's getting a bit lonely here for Symphony of the Night after all these years, even if it has a sort-of lost brother there in Bloodstained. This game is great, a classic through and through. I've yet to replay it, but even in all that time it remains memorable, I think in large part because of its killer soundtrack, but it really is remarkable that I can vividly remember the map design of a game I haven't touched in over three years - I remember it better than some Metroidvanias I played through more often and/or more recently than it. It does have a pretty crappy ending though, and the 'second game' sucks ass, but it doesn't take much away from this timeless title.