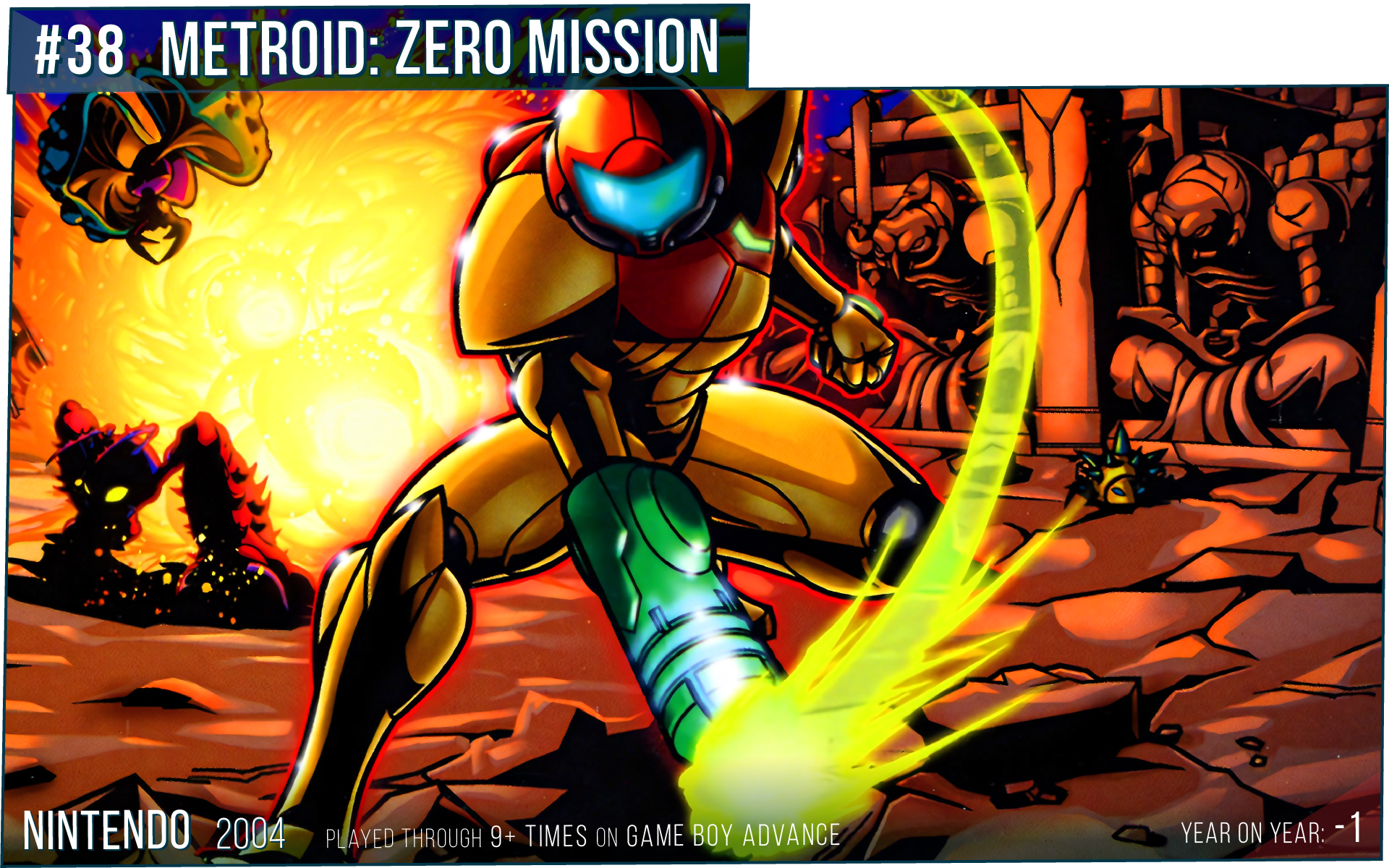 I've had my fair share of criticisms of Zero Mission over the years, but this year I gotta be more positive on it. I've long considered this and AM2R to be the "worst of the best" Metroid games, and while I do still put them both behind every other great game in the series, replaying all the 2D games earlier this year recontextualized some of that. Basically, while I had a surprisingly unenjoyable time with AM2R (thus it dropping down to the honorable mentions), Zero Mission remained as fun as ever. Everything about it is so quick and to-the-point, the controls are snappy, the atmosphere isn't super dense, this game just invites you in and serves as a perfect entry point into the Metroid series. Not that that has any relevance to my time with it, but regardless, it's a lot of fun. I'm officially done complaining about Chozodia, this game is cool.