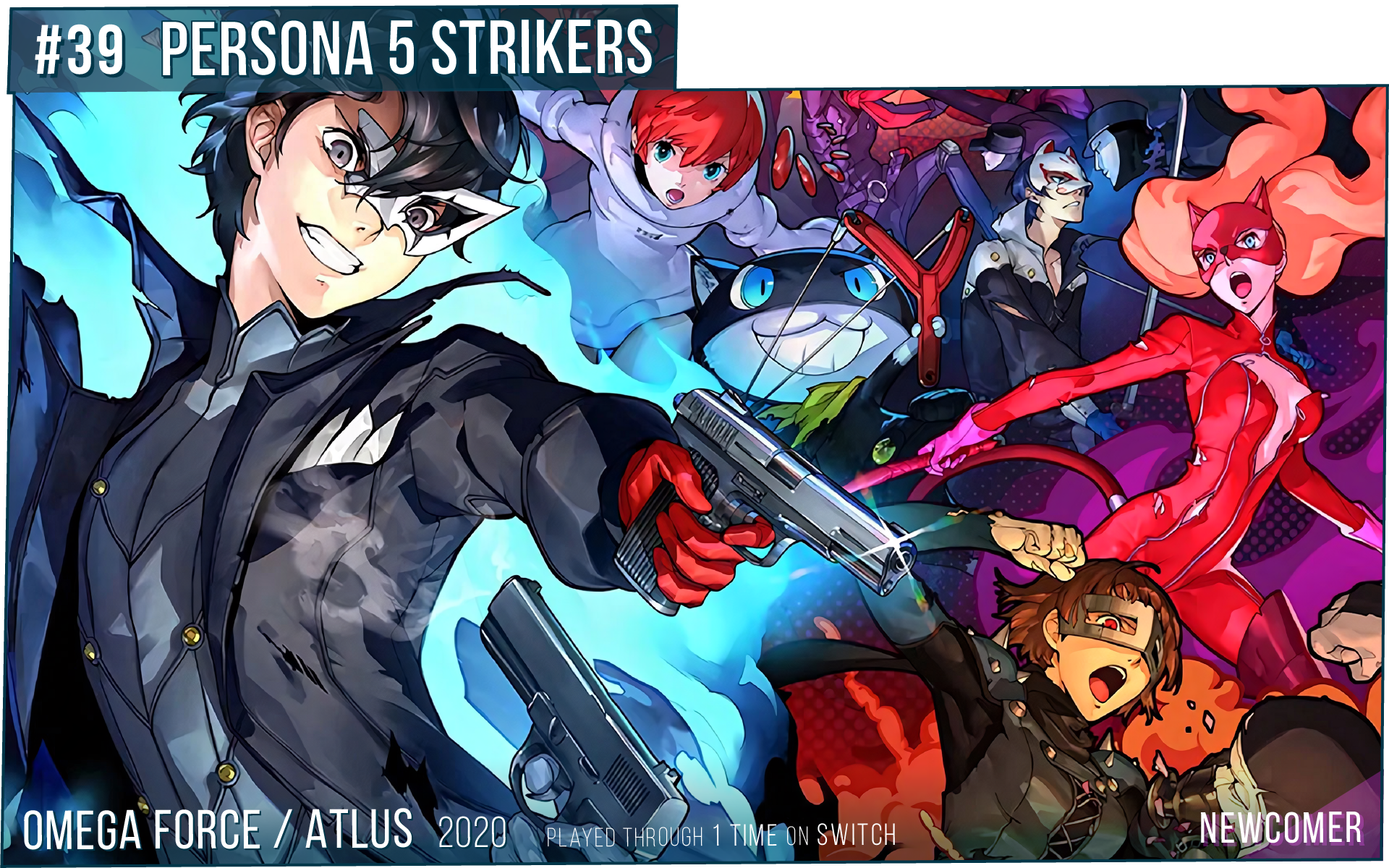 I was pretty hyped going into Persona 5 Strikers, and for the most part the game exceeded my expectations. I went in hoping that it'd have a good story, that it actually felt like a proper sequel to Persona 5, and by and large that is indeed how it turned out. The first few jails are repetitive in design and gameplay, and the story also starts getting a bit repetitive as it goes on, but it was fun to see this cast of characters in a new adventure, doing a road trip, and trying out new things. Somewhere closer to the middle of the game is where things get really interesting, with some much needed different dungeons and themes, along with certain story moments hitting really hard. That's when the game kinda lost me, though, because as it builds up to its climax from that point on, it just starts recycling Persona 5 beats all over the place and by the end this feels more like a derivative sequel than a creatively genuine one. Still, I do think I may have been harsh on it. There were some amazing moments in there, they're just not what I tend to recall when thinking about this game.