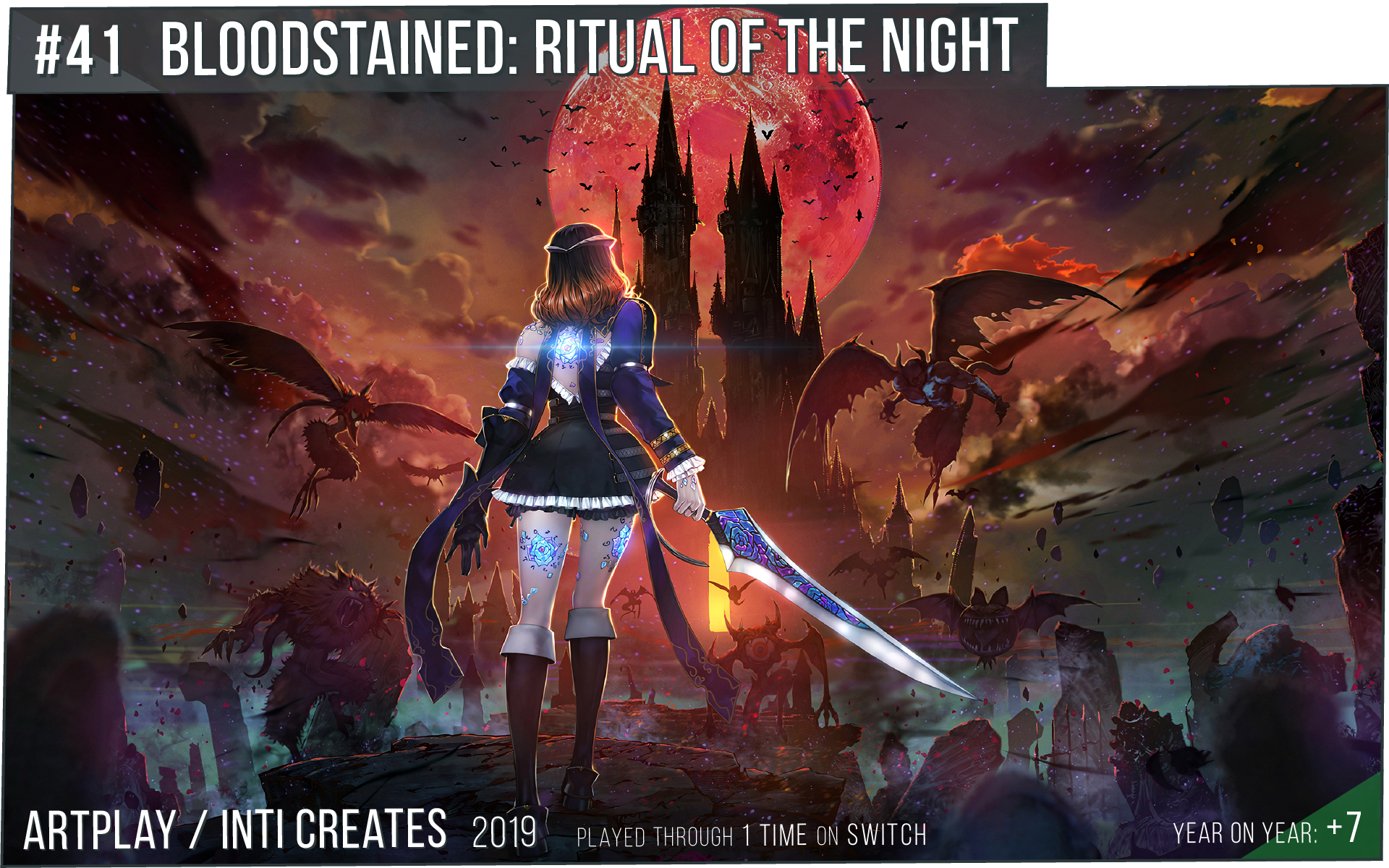 If this year's list has plenty of 'victims' that suffered big drops, it also came with a significant amount of big winners, Bloodstained here being the first example of those - funny because it itself had a big drop last year. In the year that's passed, I didn't replay the game and neither did I watch anything regarding it. That is to say, nothing really happened to cause a change of mind regarding it, it's just... I probably was too harsh on it last year is all. This game was awesome. It is quite derivative of Symphony of the Night, I suppose, but it's also better than it in many ways and has some new ideas to bring to the table (though I know at least some of them come from other Castlevania games I haven't played). It's true that I hardly ever think about this game, but when I do, it makes me wanna go through it another time, and it's been long enough now that it'd likely feel fresh again.