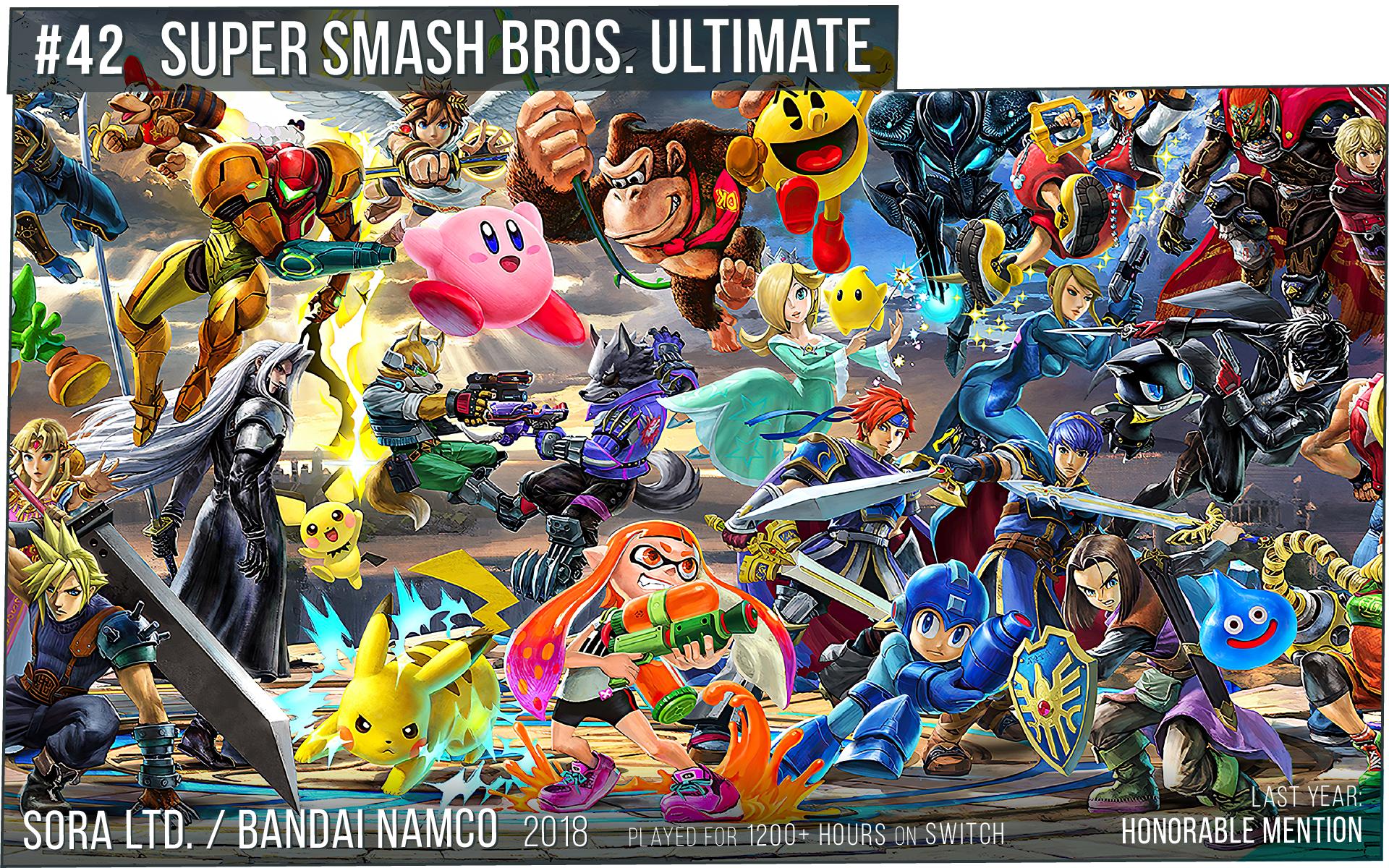 Smash Ultimate has a weird history in these rankings. It debuted at a very high #11 place back in 2019, albeit that was a worse ranking than Smash 4 ever had in previous years. It then got dropped out of the list entirely last year, because I got genuinely tired of it and began understanding how the competitive side of it is something I really dislike. I quit playing in online tournaments over a year ago, and since then it's only been something I've played very occasionally, and it slowly went back to being somewhat fun - thus, I decided it should be in the top 50 this year.

It was gonna be my #35... until I changed it at the last second. And by last second I don't mean on November 12th, I mean yesterday. It was just this week that I played on my first tourney since 2020, and the experience was wholly unenjoyable. I hated it. There's something about this game that just pisses me off, it's a lot of things really, but it feels like all of those things add up to something almost tangible in itself. If I made tons of new and unexpected friends in the Smash 4 days, the Ultimate days are where I found myself becoming increasingly distanced from these people.

Yet, it's still on the list. Granted, it was a rushed change and at that point I couldn't remove it altogether, but it does still mean something, I guess. I think this is the best Smash game by far on a casual level, but unfortunately that's not the way I experience it. Competitively, it sucks, but... I guess it's still an important-ish part of my life, in a way. And I know that I'm likely to have better experiences with it again in the future, just... at this point I'm fully aware that my feelings on the game will always be conflicted at best.