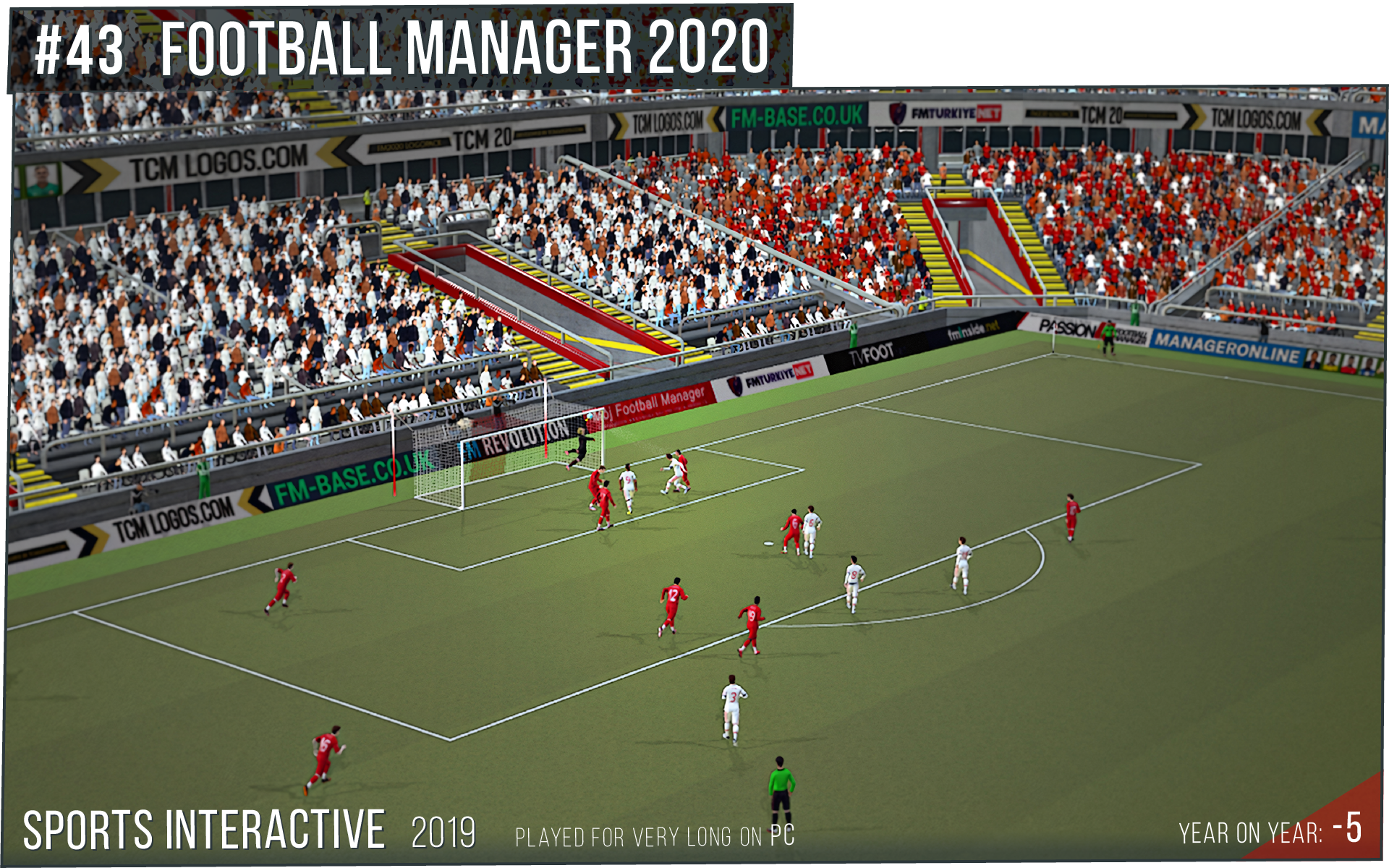 Having a football game on my list of 50 favorite games ever will never not feel weird, but, here it is. I don't have much more to say about it after last year's gigantic wall of text, it's just a game I played for a ridiculous amount of time to the point where it felt like a story of its own. Just to sum up the events that happened since that time, I left my club after winning my 4th Champions League in 2063 (that's a 13-year hiatus!), and then Gary Connolly took over and became legend as a manager as well, winning the thing I don't know how many times in a row as well as another million league titles. I then spent 10 years at VfB Stuttgart and eventually won the Champions League with them too. I then returned to my old club because Gary Connolly was fired after one trophyless season (lol). I haven't retired yet but it's likely to happen the next time I pick the game up, and then I suppose I can say I officially beat Football Manager.