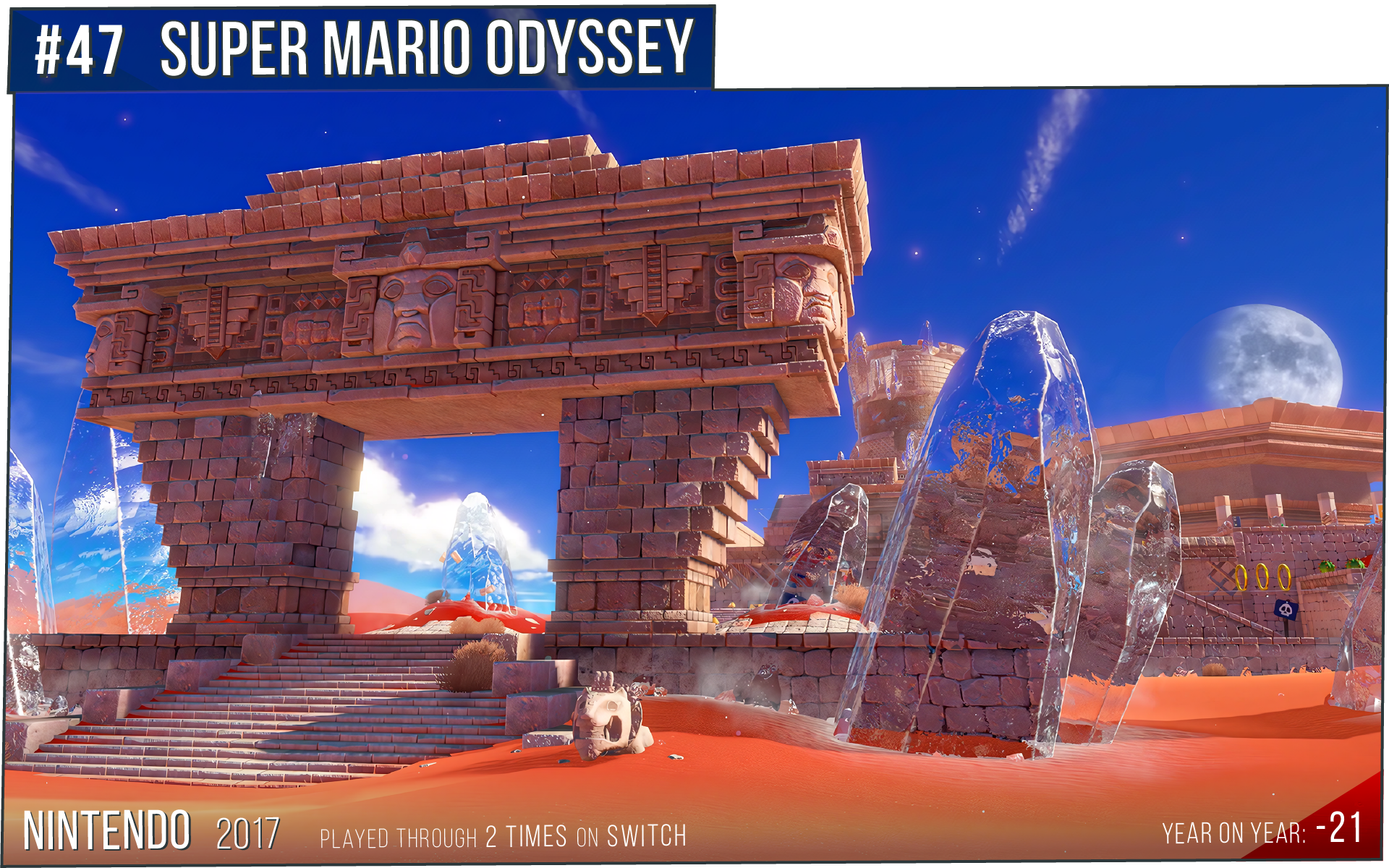 There always seems to be a big drop in my lists. Nothing's ever gonna beat Smash Ultimate's drop from #11 to unranked last year, but this is one of the steepest ones yet. And the reason is, well... it's Mario. I think that's ultimately the reason, really. It happens to every Mario game for me, that no matter how fun they are, over time they really just fade away in the memory. I first played this on a friend's console, and it was one of the first games I bought when I got my own Switch - I was really excited to replay it, and doing that was a lot of fun again, but since finishing it it's just been something I've never even thought of going back to. Not replaying it, but also not watching someone play it, or reading any discussion on it, or anything really. It's something about this IP, it just has no staying power for me. So while Odyssey is plenty of fun, I can't say it means more than that for me, and thus it gets the big drop.