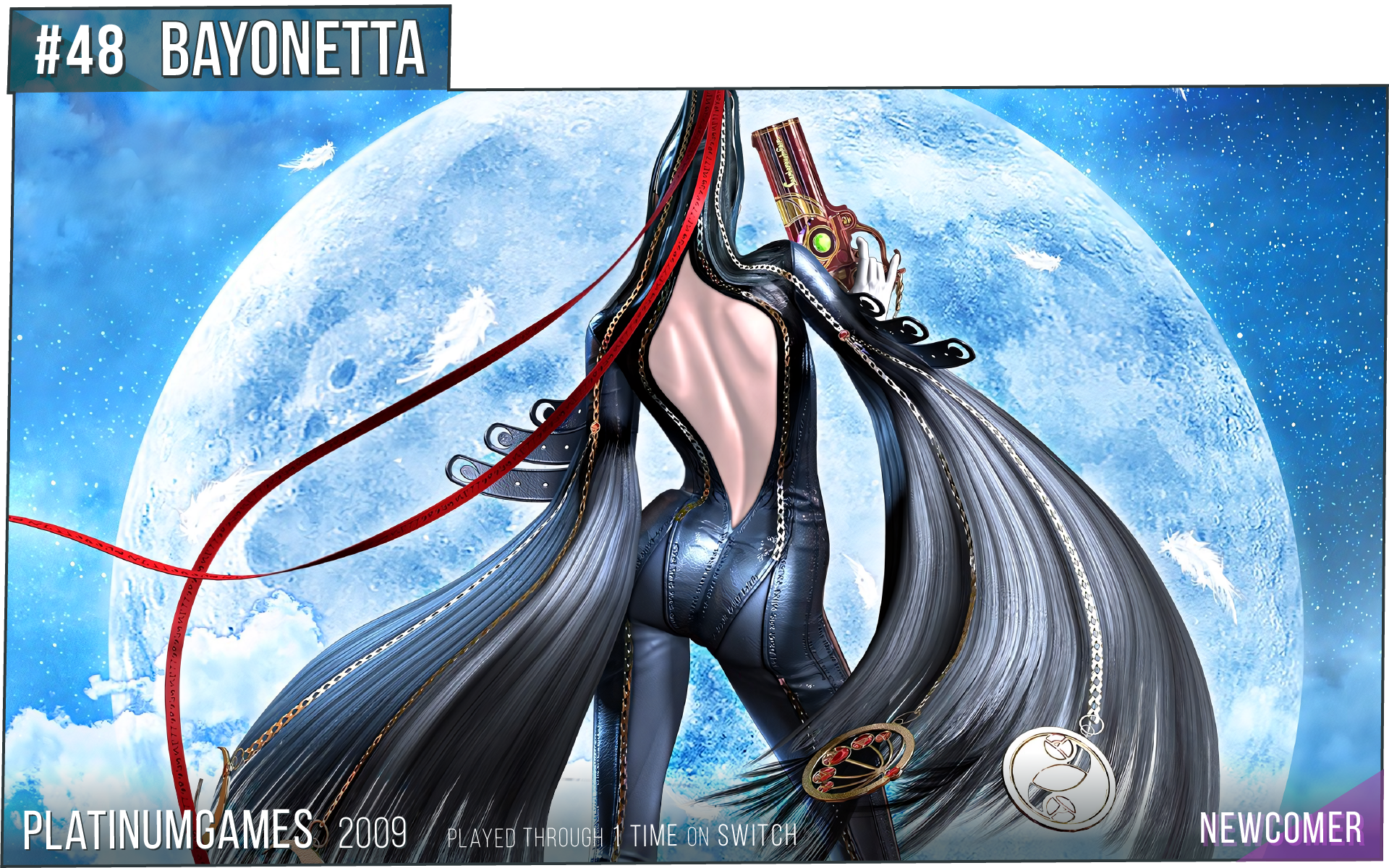 I played this game back in January, and while it was fun, even back then I couldn't see myself ever putting it on the top 50, never mind after several months. But it was again one of those that just kinda fit here, in a year where the bottom parts of the list have been shaken up a bit. It was just... like, so much fun, really. I didn't know much about Bayonetta going in and while I knew there was some pretty wild stuff, I was absolutely not prepared for just how constantly over the top this game is. This is a game that doesn't care about 'earning' its bombastic moments, it just throws them one after another after another from beginning to end and is honestly just... really stupid. But it's a lot of fun, too. And not just the over the top stuff, the gameplay is also loads of fun. And for as dumb as the whole thing is, it actually was a pretty memorable experience all in all, and I'm glad I went through it. Sometimes you just need to see a sexy witch using her hair to beat up a giant monster inside a cyclone in the middle of the ocean while surfing on an airplane door.