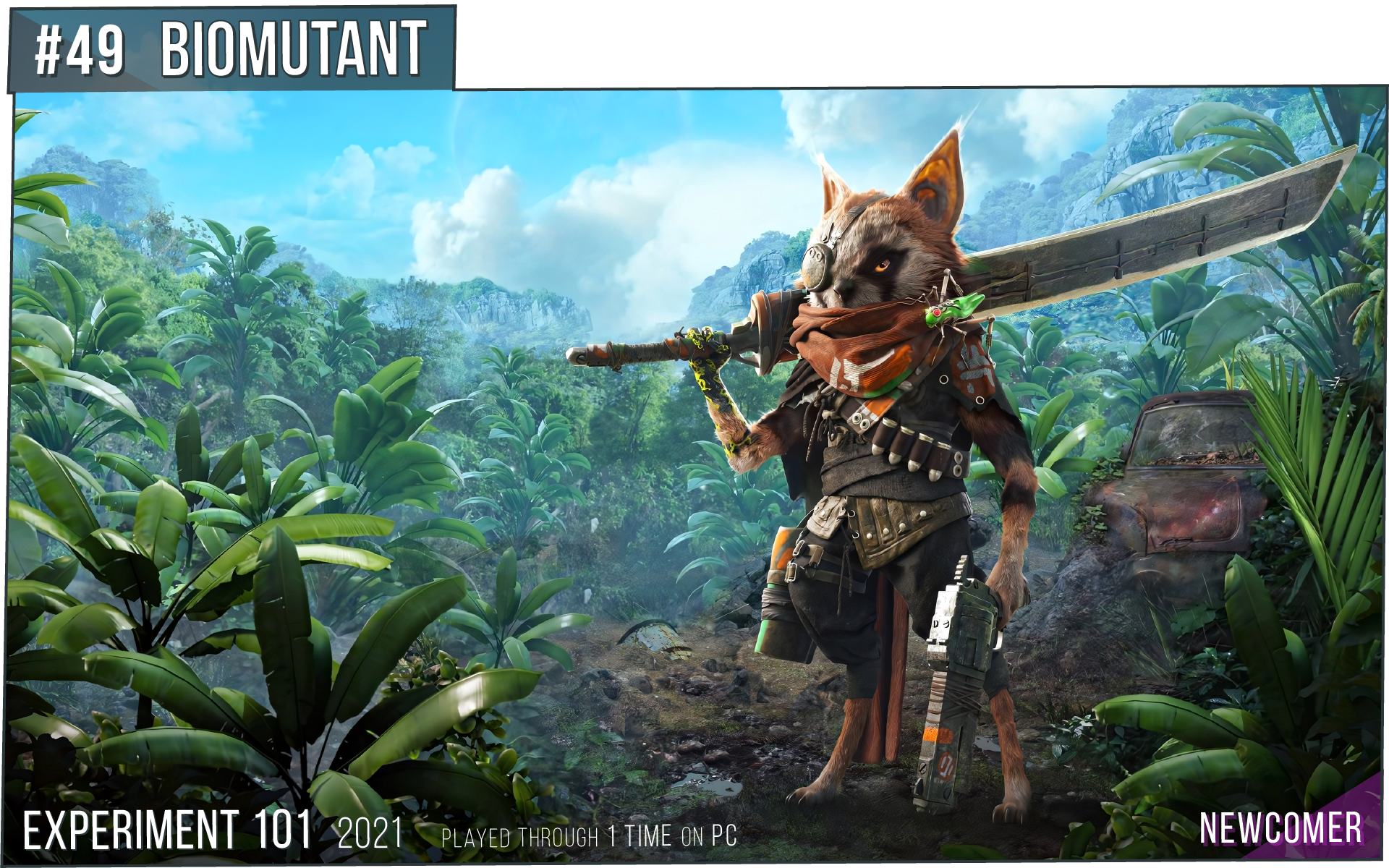 Biomutant was a game that was there for only one thing: making me happy. For most of the time I was playing it, it was one of those games I would turn on and just have a smile in my face until the moment I put it down. There's something about its atmosphere, everything is shown in such a childlike way, it feels magical and quiet and just nice to be in. The game has its fair share of critics, and it is mostly justified, as it does get more and more repetitive the deeper in you go and in the end it's impossible not to feel like it had a ton of wasted potential. On the other hand, it's truly amazing that such a small team managed to put together such a beautiful and vast world to explore, and I hope it did well enough to make way for a potential sequel, because it can be truly amazing. Either way, I have no regrets about the time I spent with this. Conquering the world with the Ankati tribe was fun.