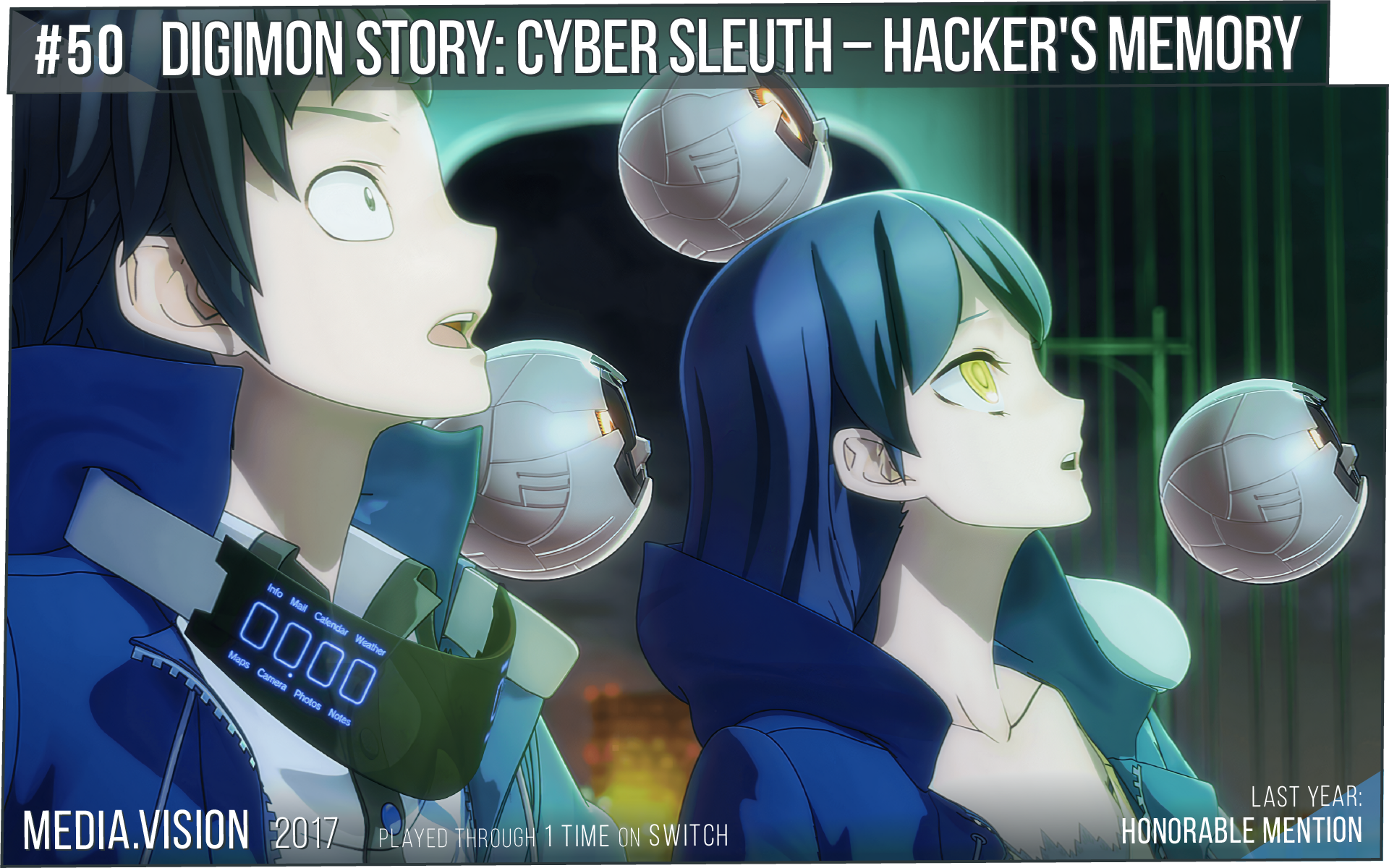 Kicking off this year's list is a... somewhat strange choice. It's been a while since I've played the Cyber Sleuth games and they really haven't been something I've thought about on a regular basis. They both made the honorable mentions last year and I thought that'd be that, but, here we are. Maybe I've just been on more of a Digimon vibe than earlier, but when I was preparing the list, having this in just... made sense?

I have mixed feelings on these games. They are both plagued with the same issues, ranging from bad level design, to a weirdly balanced combat system, and lots of padding. They also have some pretty lacklustre presentation, which makes the story nowhere near as impactful as it could've been. But maybe that's where Hacker's Memory comes into play - the original Cyber Sleuth's plot went for all the epic beats, and when presented in the way it was, it was just kinda goofy. But Hacker's Memory takes a decidedly smaller approach, focusing on lesser stakes and playing all its cards on the characters, and that's why it works. These characters were great and their journey was memorable.

I do hope the good... or maybe I should say, half-decent sales of these games lead to better things for this franchise.