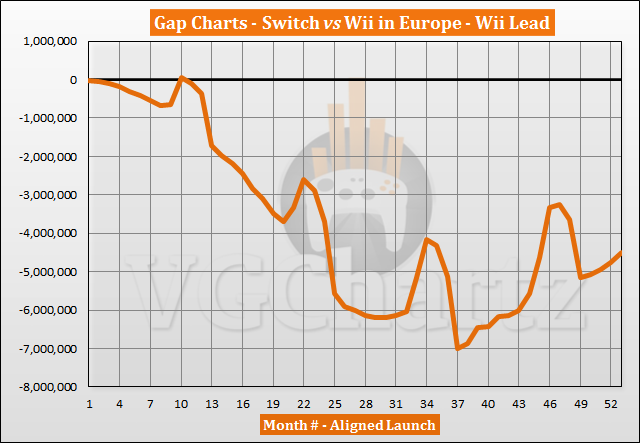 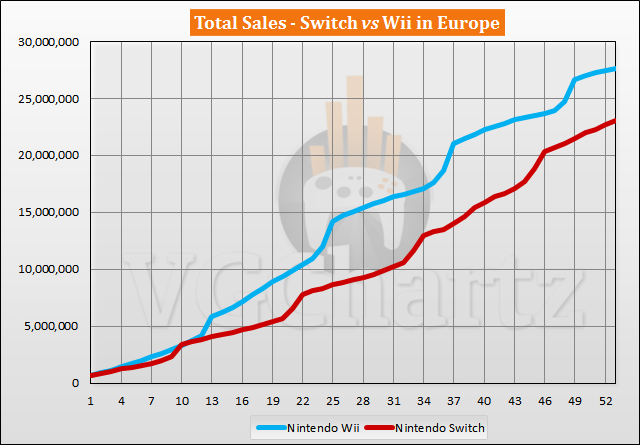 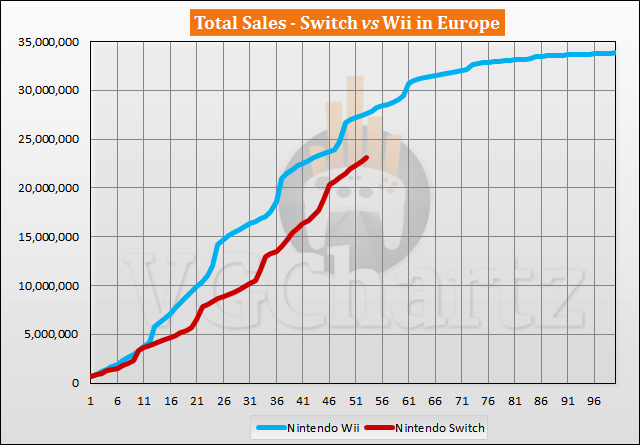 July 2021 is the 53rd month that the Nintendo Switch has been available for in Europe. During the latest month, the Switch caught up by 255,974 units when you align the launches of it with the Wii. In the last 12 months, the Switch has outsold the Wii by just 1.67 million units. The Wii is currently ahead of the Switch by 4.52 million units.

The 53rd month for the Nintendo Switch is July 2021 and for the Wii it is April 2011. The Switch has sold 23.08 million units, while the Wii sold 27.60 million units during the same timeframe. The Wii sold current Switch sales in month 43.

The Wii sold 33.88 million units in Europe during its lifetime. The Switch needs to sell another 10.80 million units to outsell the Wii.