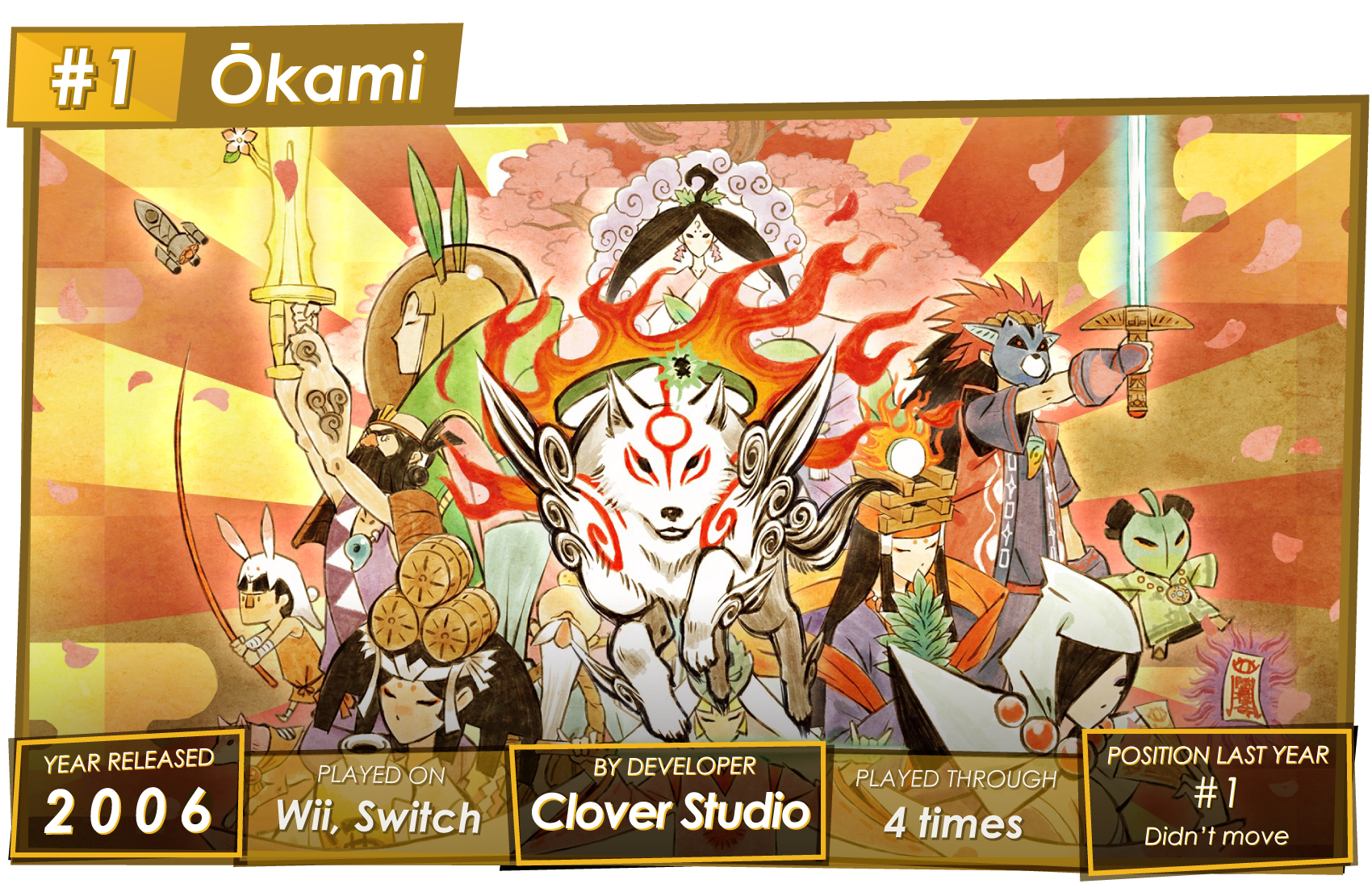 So, another year goes by, huh. 2020 wasn't a good time, I think everyone can agree on that, but somehow it flashed by ridiculously quick. It was a year like no other, and Ōkami here is a good example of it: my first playthrough of this game finished sometime around August 2016, and since then, I've replayed the game in 2017, 2018 and 2019, always around that same time of the year. It was almost a yearly tradition at this point, though one I was actively trying not to make "official" in my head, because I didn't want it to ever get to the point where I felt like I was forcing myself to play the game. Well, guess what, I didn't play Ōkami in 2020.

And to make matters worse, it also lost its place at the top of my soundtracks ranking, due to a certain other game I played in September, which is very much within the traditionally Ōkami period of the year. That said, I'd still call The Sun Rises my favorite videogame track, that much hasn't changed.

Safe to say there wasn't a lot going for Ōkami this year, and as a result I also don't have as much to say about it. That said, it still holds on to 1st place here, and I don't think it's having a hard time holding on. This game didn't connect immediately with me in the way most of these other top 5 games have, in large part due to the Wii port being a bit of a crap version, but it's earned #1 over time and it easily remains my most cherished gaming experience - not so much something that brings back memories of my first time with it, but rather, something that's every bit as special each time I play through it.

I think a large reason why I love this so much is because of how strongly I connect to the protagonist, the lovely Full-Throttle Ammy. I'm not much like her, of course, I'm an average and (very) flawed human being - but it's exactly because of this that I feel a strong connection. Ammy is a beacon of hope, a benevolent being that always knows how to bring a smile to your face, no matter how dire the circumstances. (Side note: there is one other videogame character I've felt the same kind of connection with, it's Ori.)

Being the sun god and all, I can think of her everytime I open my window in the morning, shining brightly to remind me that there is always hope in the world. That's the main message of this game - it doesn't matter whether gods are or aren't real, as long as we have something to believe in, to keep us going even when nothing seems right in the world. So, thanks for bringing me hope, Ammy, I'll try to take this mentality into 2021 and hopefully things will get better.