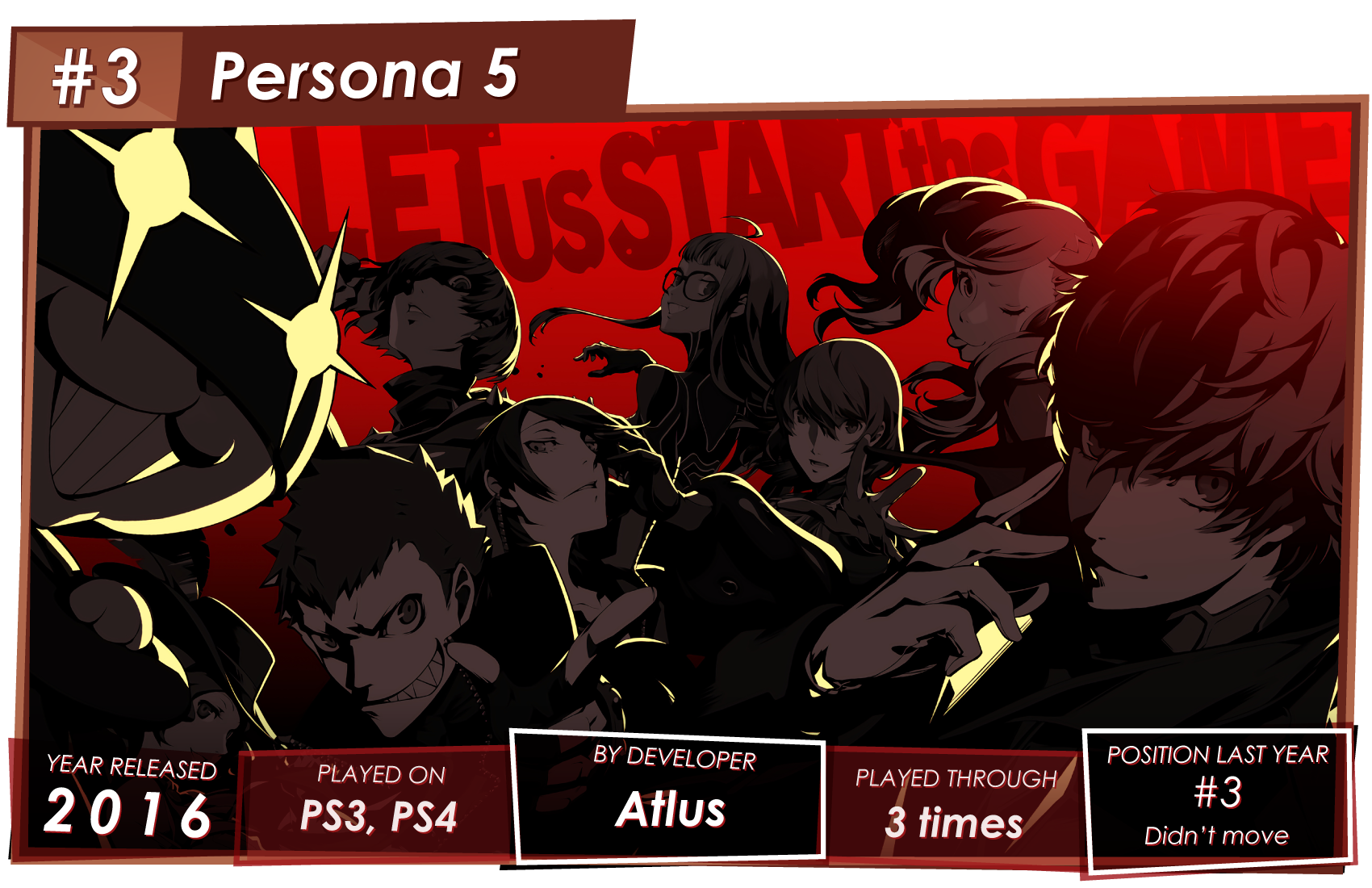 You know, despite writing that highly passionate wall of text on this last year, there was an element of uncertainty over the idea of listing it within the top 3. The first three games on my list were pretty established at that point, and my lists have had a pretty poor history when it comes to highly ranked newcomers that drop down significantly over time. I don't think I'd have admitted to this in the past, but I probably tend to be blinded by recency bias. Like, a lot.

That said, Persona 5 wasn't one such case. My first playthrough of it last year was an extremely special experience I still hold very dear, and despite it being a very linear and very long JRPG, I've continued to love my time with it throughout the second and the Royal playthroughs. If anything, I'm getting the feeling that this might even climb higher on the list in future years...

Anyways, I don't really have much to say about it. Last year's post pretty much covered how I feel about this, and Royal didn't do much to change my opinion of it. I really liked most of the new content, some of it not so much, and generally had a feeling that, while it's a very nice expansion to the original, most the new stuff doesn't feel "real". It gives me more of a "what if?" vibe, which essentially means it has no impact on my view of the game - that said, the new content's definitely grown on me over time and I'm starting to feel like replaying Royal... which would be my fourth playthrough of a 100+ hour long game. Yeah, that's Persona 5 alright.