Switch vs DS Sales Comparison - Switch Closes Gap by Over 1.6 Million in November 2020 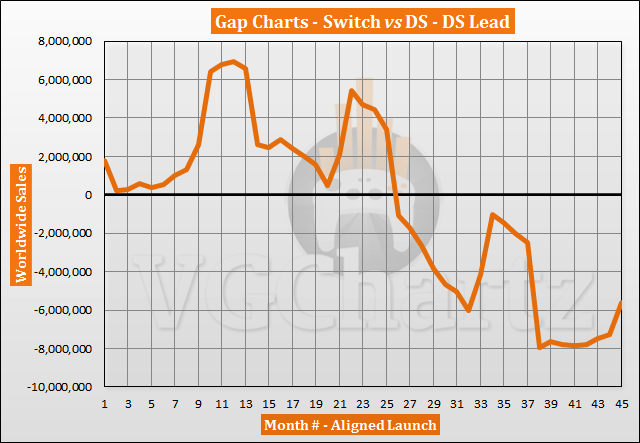 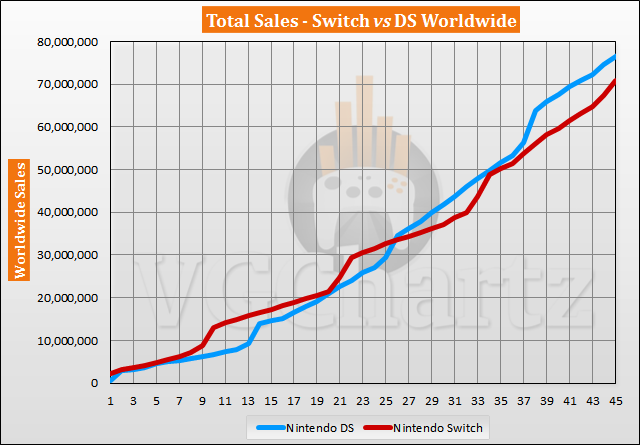 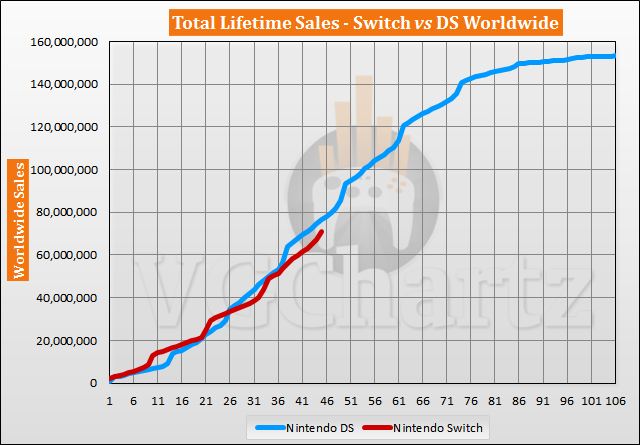 The 45th month on sale for the Nintendo Switch is November 2020, while for the DS it is July 2008. The Switch has sold 70.91 million units, while the DS sold 76.52 million units during the same timeframe. The DS reached current Switch sales in month 42.