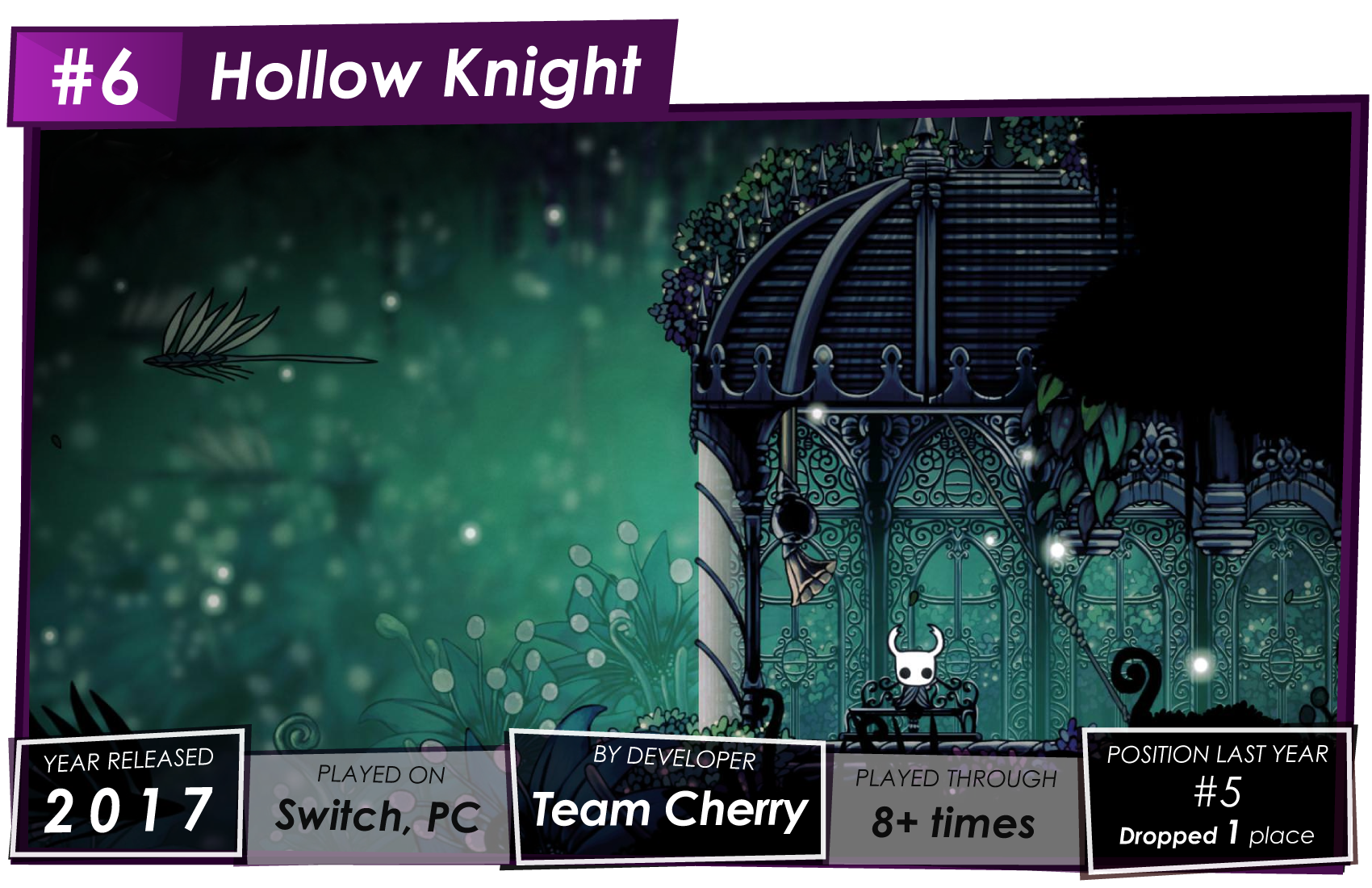 This is for metroidvanias kinda like what Breath of the Wild was for open worlds. The genre here wasn't necessarily lacking in its sense of discovery, even if Hollow Knight gets that aspect far better than other metroidvanias, but the genre certainly was lacking in innovation. It was starting to feel more and more like every metroidvania had to be either a copy of Metroid, a copy of Castlevania, or barely feel like a metroidvania at all (Ori). When Hollow Knight came along it really shattered the notion - it destroyed the status quo, and became the new definitive metroidvania, finally dethroning the two games that named the genre.

It isn't hard to describe how it did this. It has loads of content, way more than any other game of its kind. Its story and world are fascinating, deep, and original. Its gameplay also feels unique within the genre, and the simple mechanics make for a nice slow-paced approach to exploration, while still allowing for some breathtaking boss encounters that can feel very technical. The art direction is simple but incredibly charming and evocative, and the music creates a wonderful, deep, melancholic atmosphere that really enriches the game's world. Throughout all of its aspects, Hollow Knight keeps it simple, but it knows just when to amp things up and take everything one step further every time you begin to feel like something's gonna get stale. As a result, it remains interesting throughout its 40+ hour long play time, something many metroidvanias fail to achieve even with far shorter playthroughs.

I really have nothing negative to say about this one. It's not only a masterpiece in its excellent execution of all its concepts, but also in how it revolutionized its own genre and set a new standard for what people should expect from games like this. Furthermore, it also showed just how successful you can be if you put in the time and effort, single-handedly transforming Team Cherry, a tiny group of nobodies from Australia, into one of the world's most respected (even if still tiny) developers.